With DC Comics and Marvel fans providing an assured audience, it’s no surprise TV and online streaming are taking on more action-superhero based shows. For Marvel, you have the hugely popular Netflix Originals: Jessica Jones, Daredevil, Luke Cage and Iron Fist. For DC Comics, network CW has become the super-host for The Arrow, The Flash, Legends of Tomorrow and today’s focus: Supergirl.

Now don’t get me wrong, when the Supergirl series debuted in late 2015 on the CBS network I was beyond excited. Pushing a family-friendly agenda with a superhero to empower and inspire young girls, the series was off to a good start. Albeit, the show’s production was a little shaky and didn’t quite match the pace and catchy screenwriting that Marvel offered, but the show was enjoyable, lighthearted and good fun.

From season one, Supergirl was quick to win viewers’ hearts. By adopting a mostly original plot line, CBS debuted Kara Zor-El’s tragic backstory of her planet’s destruction (Krypton), death of her parents, entrapment in the Phantom Zone and eventful late residence on Earth 38. From then onwards, the first episode picks up 11 years later with 24-year-old Kara Danvers struggling to balance her “human” life and keeping her powers hidden. Collectively, CBS did their best in developing Kara as a quirky assistant to Cat Grant (Calista Flockhart), CEO of Catco Worldwide Media. Highlighting girl power and the strength of platonic relationships was key to the show. These themes progressed as other characters fell into Kara’s narrative, with friends and collogues like tech geek Winn Schott (Jeremy Jordan), photographer James Olsen (Mehcad Brooks), DEO operative J’onn J’onzz (David Harewood) and most importantly, sister/agent Alex Danvers (Chyler Leigh). The 20 running episodes were relatively unproblematic and offered a well formulated balance between plot, individual characters’ development and good old fashioned action-packed fighting scenes. 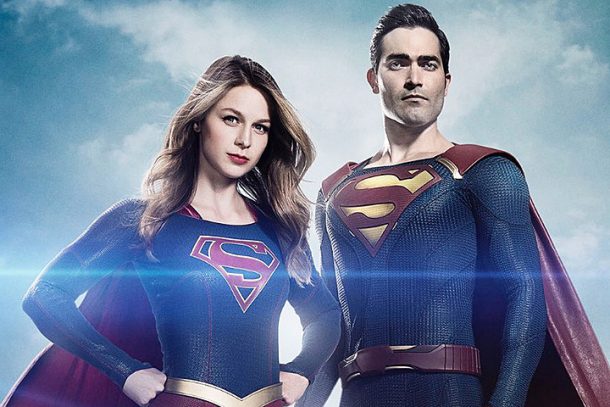 Unfortunately, Supergirl’s smooth sailing wouldn’t last long. As May 2016 rolled around, it was announced Supergirl was moving to another American network – The CW. For most, season 2 was the return of the girl-powered superhero, yet this audacious change could be the undoing for Supergirl. No doubt The CW boldly broke barriers introducing a much-loved lesbian couple involving Alex Danvers and Maggie Sawyer (Floriana Lima). The handling of Alex Danver’s delicate coming-out story was well appraised from fans and critics alike, and the use of alien representation as a disguised critique on Trump’s political agenda on immigration was also insightful and a creative move by the show.

Yet this smart playing was challenged by their biggest obstacle: Mon-El of Daxamite (Chris Wood).  Not only is this character outrageously outdated, misogynistic, abusive and poorly constructed, but the Supergirl writers decided to make him Kara Danvers’ love interest. All things considered, this isn’t the worst part, what makes this much worse is that it all could have been easily avoided with smart thinking and side lining his character to a good-natured side-kick. Oh, just making things clear, this isn’t an unjustified feminist rant about a male character. In episode 33, titled “Mr. & Mrs. Mxyzptlc”, Mon-El (and I quote) says: “things were easier on Daxam when I objectified women and didn’t care about anyone.” I wasn’t a fan of Mon-El’s character at first but the toxic on-screen relationship between the two is uncomfortable, disjointed and dysfunctional.

Overall, it seems The CW improved ever so slightly on CBS’ attempt, but the introduction of Mon-El backtracked any progress and the rumoured use of queer-baiting by screenwriters and producers is simply disappointing. Dare I say it, not even the permanent introduction of Lena Luthor (Katie McGrath) can sway me to continue up to season 3. The CW have lost the plot – quite literally – and seem to have given up on Kara Danvers. Who knows, maybe it’s time to offer Supergirl her own show to really shine… oh wait, they already did that.