Book Of The Month: April 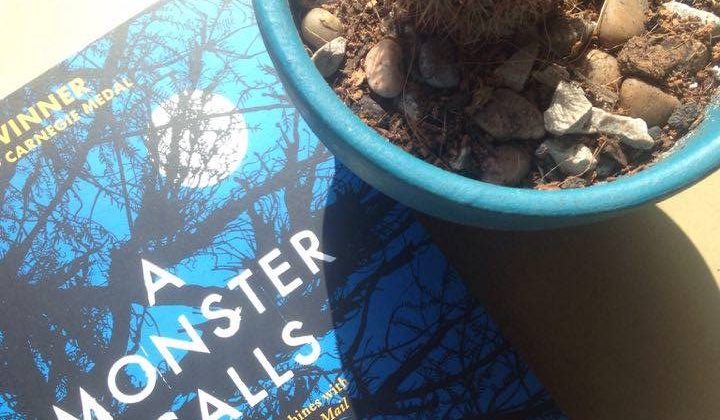 WARNING: Story centres around a family’s experience with cancer. Also, you will cry.

A Monster Calls is a short novel written by Patrick Ness, from an idea developed by Siobhan Dowd, whose own terminal cancer inspired the book, but who died before she could finish the writing. Originally illustrated by Jim Kay, the book won both the Carnegie Medal as well as British Children’s Book of the Year.

A Monster Calls follows young Conor O’Malley as he struggles to come to terms with his mother’s terminal cancer. He is frequently visited by an unnamed monster in the form of a great yew tree near his house, who tells him stories to help him cope with his mother’s illness. Haunted by a recurring nightmare of his own, Conor becomes increasingly bound up in his own struggles, isolating himself from his family even further. With his father remarried in America, and his Grandma too stern for him to talk to, Conor has noone to talk to but the monster, and it is through him that he learns to live with his mother’s cancer and his own demons.

”I was hooked by the first few pages, and read the whole thing in one night – something I haven’t done in many years”

I devoured this book, quite literally. I was hooked by the first few pages, and read the whole thing in one night – something I haven’t done in many years. Ness has taken Dowd’s original idea and woven it into a marvellous work of literature that left me crying by the last page. How Ness portrays Conor’s struggles and demons took my breath away, and he confronts something that very few people are brave enough to do.

”The monster himself, though cryptic and mysterious, plays an incredible part in the story, and serves as an explanation and enabler of Conor’s emotions”

Conor’s grief is painfully raw in the book, and the characters around him and brought to life so beautifully that it almost feels like a diary. The monster himself, though cryptic and mysterious, plays a incredible part in the story, and serves as an explanation and enabler of Conor’s emotions. I found myself relating my own experiences with cancer to those described in the  book, and sympathizing with each and every character. Cancer is incredibly unfair, and never have I read a book that conveys that as well as A Monster Calls.

”It deserves every accolade it has received, and more – I can’t sing its praises highly enough!”

There is little more to say other than that this book is an absolute treasure, and that everyone should read it. Whether you have experience with cancer or not, it really brings to life the emotional trauma that it – or any other terminal illness – can bring to not only the person who is sick, but the family around them. It deserves every accolade it has received, and more – I can’t sing its praises highly enough!

10/10 – an emotional roller-coaster that will really make you think.