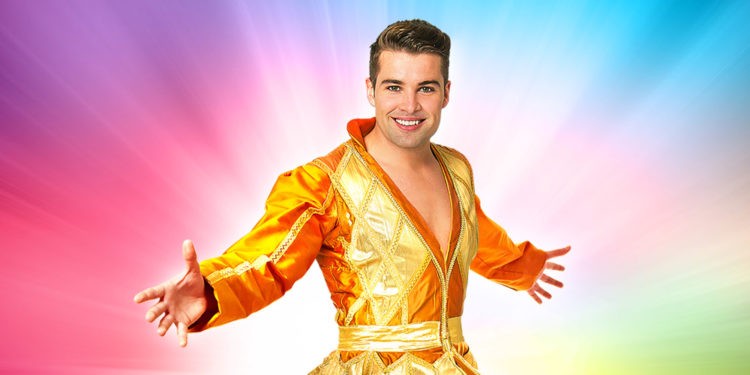 When it comes to tried, tested, and loved musicals, Joseph and the Amazing Technicolor Dreamcoat is among the top. Its unbelievably catchy music is written by Andrew Lloyd Webber, along with unforgettable lyrics by Tim Rice, two of the biggest names in the musical theatre world. Set alongside a remake of a classic story, ever since its starting day, it was set for success.

Since then, not only have amateur groups lapped it up, but there have also been numerous remakes, a TV show to find Joseph, and tours of the country. This most recent touring production, currently playing at Nottingham’s Theatre Royal, does not only meets all the expectations you would want when watching such a renowned musical, but exceeds them.

High expectations for the show naturally leads to high expectations for the lead. Casting Joe McElderry was exactly the right choice. Even if we did compare him to his predecessors, one could argue that he outshines them vocally, as well as dramatically. ‘Close Every Door to Me’ was simply stunning, blowing the audience away and leaving goose bumps after a remarkable final chorus.

Following on from one fantastic performance to another, it is hard to believe that Lucy Kay made her musical theatre debut just last year. She took her impressive vocal experience and combined it with some fantastic storytelling as the Narrator. One particular stand-out moment was her vocal performance in ‘Potiphar’, the end of which proves difficult for some of the best performers in the world. I expect we’ll be seeing even more of Lucy Kay in the musical theatre world.

”Alongside the ensemble, who provided perfect comic timing, each showcasing their own individual styles as musical theatre performers, but still working fantastically as a collective”

Ben James-Ellis as the Pharaoh and Henry Metcalfe as Jacob/Potiphar not only added to the calibre already providing in the casting, but both provided notable performances respectively. Alongside the ensemble, who provided perfect comic timing, each showcasing their own individual styles as musical theatre performers, but still working fantastically as a collective. The Joseph children’s choir, as provided by AGF Performing arts, must also be given a mention for their beautiful vocals, alongside their wonderful professionalism.

”The lighting, costumes and scenery were everything you would expect from a professional production”

The quality of performance was reflected in the audience’s enthusiasm for an encore. Everything about the performance, from the music, as directed by Richard Morris, to the direction by Bill Kenwright, was all brought together to create a brilliant touring production. The lighting, costumes and scenery were everything you would expect from a professional production, and creatively executed to provide the audience with the ultimate musical theatre experience. Catch this show in Nottingham whilst you still can, I couldn’t recommend it more.

Image courtesy of the Theatre Royal

‘Joseph and the Amazing Technicolor Dreamcoat ’ is running at the Theatre Royal until Saturday 29th April. For more information, and to book tickets, see here.

Let’s Articulate #20 – Is this representation?