Stormzy recently graced the Rock City stage and completely shelled it down.

Stormzy’s rise to fame has been an interesting one, seemingly overnight. It’s easy to overlook the amount of hard work that must have gone into his rise from a star in the hood to a household name and it’s very easy to throw words like ‘overrated’, but to paraphrase his lyric from ‘Scary’ if this tour is anything to go by he is definitely undefeated. 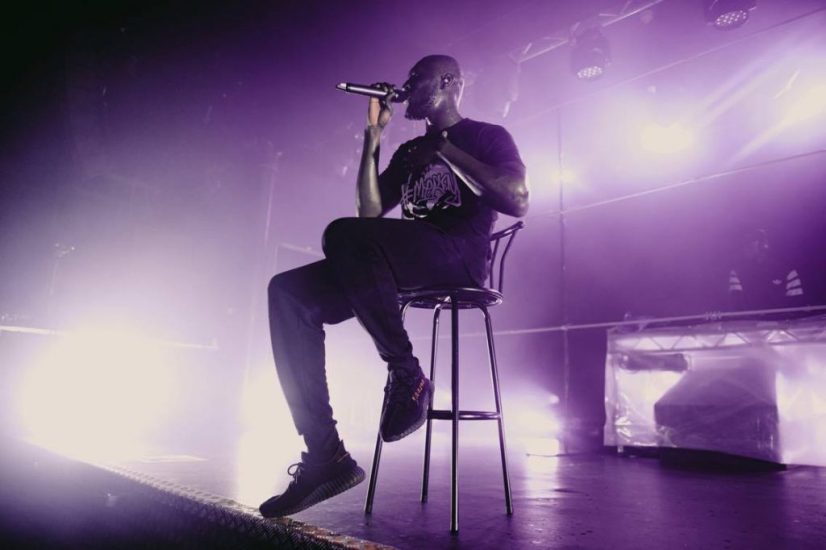 The show kicked off lightly with a careful choice of songs from the talented DJ Dukes and Rachel Anson as they hoped to gas the crowd but not to levels of mosh pit insanity, with slightly older US bangers mixed in with some UK tracks like ‘Did You See’ to get the early people bopping their heads and rapping along. Eventually, it was time for Disturbing London signee A2 to come on stage and warm up the crowd with an amazing warm up set.

The artist swaggered onto the stage with a level of charisma and control that I did not expect. When listening to A2’s music and observing the stories about how he makes music – for example on the New Gen album he was the only artist that made his song by himself – I assumed he’d be introverted and shy, but his stage presence was unbelievable. He opened with my favourite song from his catalogue ‘SPOOKY’ and while I could hear some mumblings of the lyrics from the front of the crowd, it was clear that not many people were aware of his catalogue in Rock City that night, but by the end of his set he had the venue bouncing to his closing song ‘X2’. I also have to applaud his vocals, which sounded as good live as they did on record when he sang ‘GOLD’.

After a brilliant warm up set, Rachel Anson and DJ Jukes were back but with gas levels at 70% rather than 30. Each taking turns switching between the roles of hype man and DJ, Jukes span ‘Whippin Excursion’ while Anson did her best impression of the famous Skepta skank. Anson grabbed the decks and warned us before she began to spin the old school bangers like the original version of ‘Pow’ as well as the newer bangers like ‘3 Wheel Ups’ and ‘Shutdown’.

The compulsory Solo 45 ‘Feed Em To the Lions’ mosh pit had ended, and the crowd were ready for Big Mike. And out he came with the charisma and energy he has become famous for. ‘First Things First’ had the crowd screaming and jumping and excited for the next hour of live music. Stormzy didn’t waste any time getting into the next track on his album ‘Cold’ as the crowd yelled his lyrics back at him.

Much like his album, in this live show Stormzy often built up a lot of energy and hype and then brought the mood right down to a more mellow vibe as he (quite impressively I might add) rendered some of his slower songs like ‘Blinded By Your Grace Part 1’ and ‘Cigarettes and Cush’. What I’ve grown to love about Stormzy is his crowd interaction, as before he was even four songs deep he stopped to warn the crowd about the 5% who thought they were too cool to enjoy themselves at the gig and told them to leave if they weren’t going to loosen up. He also made the #EnergyCrew promise that when the girl tunes come on they’ll do their best Chris Brown and Trey Songz impression and sing along rather than stand around looking awkward.

One thing I really loved about this show was the lack of guests and Stormzy’s explanation for the lack of guests. I feel like performers in the scene are getting complacent, relying on special guest acts to shell down shows and gas crowds rather than relying on the strength of their catalogue. That being said, when Stormzy brought on local artists Young T & Bugsey, I had to respect it. They performed their street banger ‘Gangland’ and the crowd were very receptive. I wasn’t the biggest fan of Young T & Bugsey before, but seeing the chemistry and sauce between the duo up close has convinced me that they’re going to be a very problematic duo in the future. 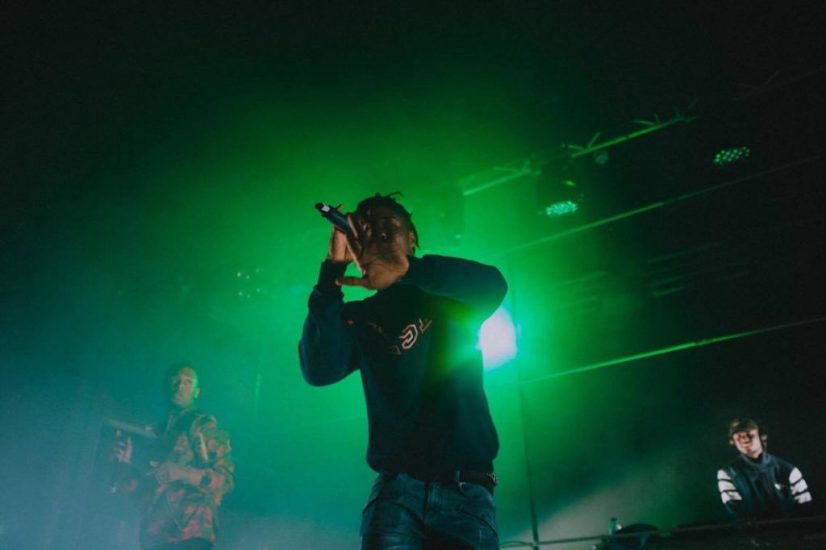 The only issue I had with the show was the receptivity of the songs. I’m all about progression and I guess I would’ve liked to see the crowd react to the new bangers like ‘Bad Boys’ and ‘Cold’ the same way they react to ‘Shut Up’ and ‘Know me From’, but I’m clutching at straws here. Honestly, I couldn’t really poke a hole in the performance. By the end of the show the crowd were chanting Stormzy, I was drenched in sweat from mosh pits, my friend was hysterical because Stormzy held her hand… it was a great night. As the merky team would put it, it was “Madder Than Mabdulle”.

Look Out For… May