On Sunday 19th November 2017, over 100 students participated in a 5k Superhero Fun Run organised by Nightline at the University of Nottingham.

The money raised in the fund-raising event will be going towards the support and training of new volunteers. These volunteers are known as Nightliners and they provide support to students who reach out to them.

Impact went to the event and talked to a few of the runners who not only seemed eager to participate in the run, but were also enthusiastic about dressing up as superheroes. 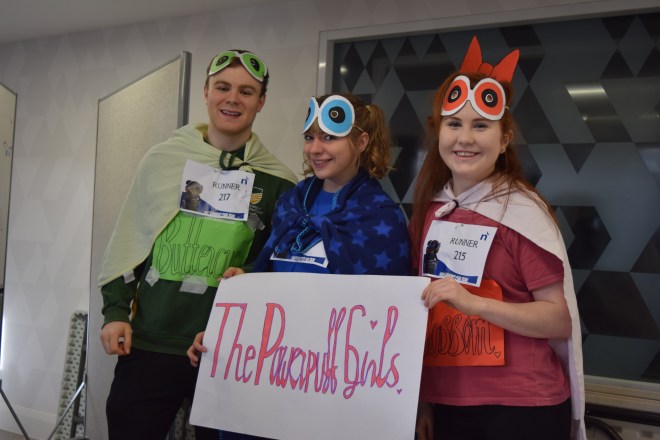 Beth, Harry, and Katie dressed up as The Powerpuff Girls

When asked why they decided to participate in the event, the blue Powerpuff Girl, better known as Bubbles, told Impact: “I’m interested in what Nightline does in supporting students and the University.”

When asking them if they had trained for the run they smiled and said no, but one thing was sure, they all seemed very excited.

Amy and Alice, two second-year students, told Impact that this wasn’t their first 5k, but admit that they haven’t done much training for this particular run. Regardless, they said that they would “try [their] best.” 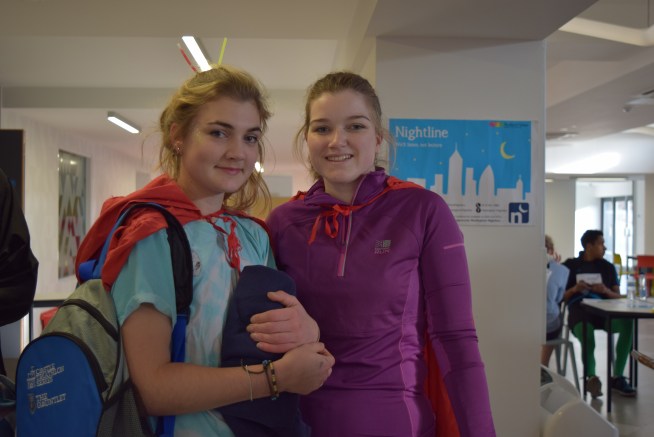 Amy and Alice preparing for the run

The Incredibles was a popular costume with students. 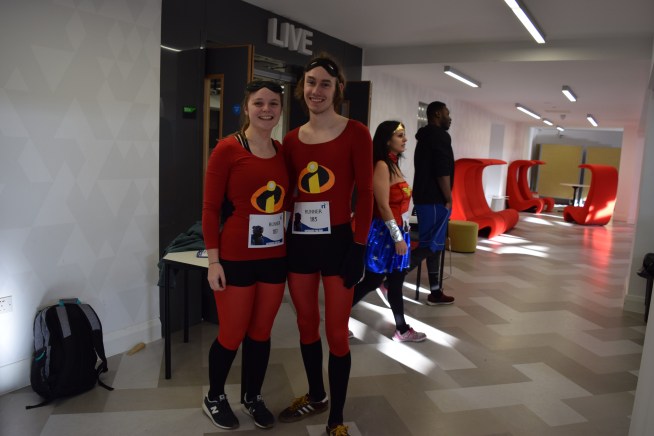 Asked why they decided to participate in the event, one of the Incredibles said: “I thought it would be good fun and I like dressing up.” Discussing their costume, they said that it was “an easy one to do”, especially with the trailer for The Incredible 2 recently coming out.

After walking around for a bit, Impact spotted the ultimate American Superheroes, Wonder Woman and Superman. Curious as to why she decided to dress up as Wonder Woman, she said: “I thought she was incredible and I think I’m Wonder Woman.” 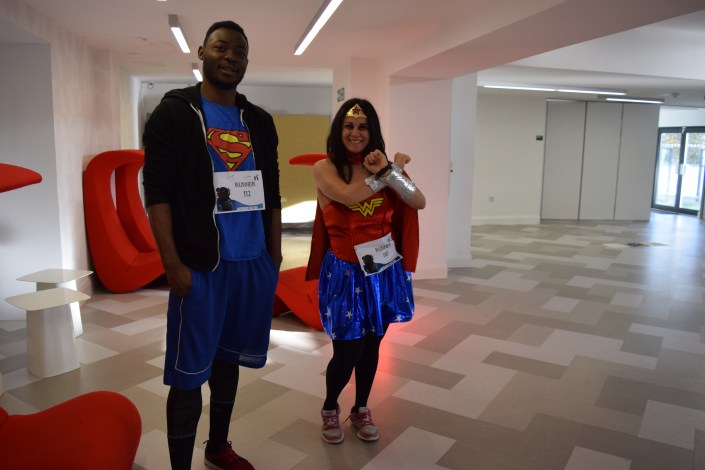 Wondering why the other participant decided to dress up as Superman, he simply nodded to the Super Woman beside him and said, “I went with what she said.”

Asked why participants were encouraged to dress up as superheroes, Bethan Khesro, a Publicity Officer for Nightline, told Impact: “It played on the idea that Nightline is kind of like superheroes, in the way that we are there for people when they need us. We wanted to create the idea that our volunteers are great people that give up their time for other people.” 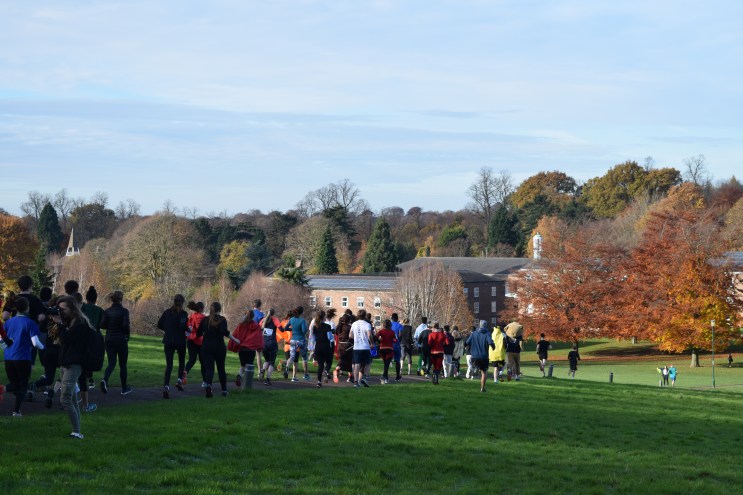 The run started at the Downs

Bethan also wanted to give recognition to their fundraising officers, Eden and Sam, who “put in so much work” in order for the event to be successful.

This week is, in fact, Nightline awareness week with a lot of events going on across the University. If you like Nightline’s Facebook page you will be able to see all the stuff that Nightline is planning for the week.

Nightline is a student-run, confidential listening and information service. Students with any problems or who simply want a chat are able to call every night from 7pm-8am during term time.

Lectures: To Record or Not to Record?