We all know that one person. The action movie fanatic determined to be contrary who, whilst others sit around enjoying It’s a Wonderful Life and Love Actually, can’t help but pipe up with the oh-so-original claim: “Actually, Die Hard is the best Christmas film”. The clear (by now tiresome) joke, of course, being that Die Hard – with its machine guns, explosions and Bruce Willis – is as far from ‘Christmassy’ as possible. However, I am here to argue not only that Die Hard isn’t the best Christmas film (we’re looking at a genre that includes The Muppet Christmas Carol and Elf after all), but how it’s not even the best ‘alternative’ Christmas film. Without further ado, I present some of the best alternative Christmas films (that aren’t Die Hard). 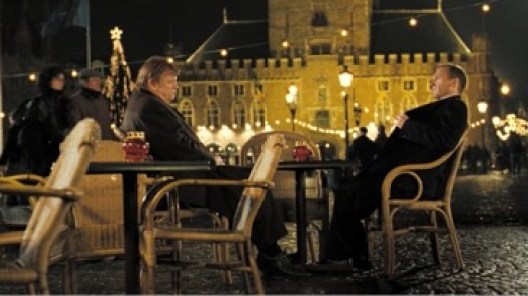 Rey and Ken (Courtesy of IMDB.com)

Quite easily the darkest film on this list, Martin McDonagh’s debut remains a masterpiece of jet-black comedy. The film follows hitmen Ray (Colin Farrell) and Ken (Brendon Gleeson), and their attempts to lay low in the Belgian city of Bruges after a job gone disastrously wrong. At Christmas. What follows is a series of deadly events, some hilarious, some brutally violent, but all set against the backdrop of a cosy fairytale town, lit with twinkling Christmas lights. If you can ignore the bloodshed, the profanity-laden dialogue and the general mean-spirited nature of almost every character, it has all the makings of a Christmas classic. 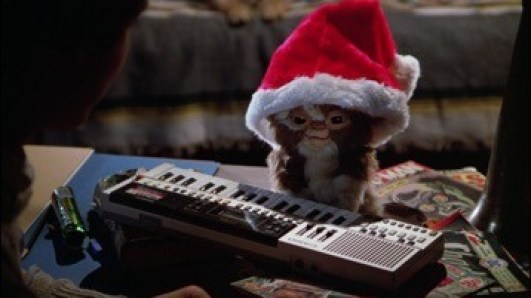 Speaking of Christmas classics, Gremlins has slowly established itself as a firm favourite in the eyes of many, a fact which seems bizarre upon re-watch. An hour and forty-five minutes of Joe Dante-directed madness, watching this film feels like an anti-Spielbergian nightmare (ironic, given that Steven Spielberg had the position of producer). It received vast criticism at the time of release for being too disturbing for younger viewers, and it’s not difficult to see why; from the scene where a gremlin is killed by a blender, to the bleakest story about realising Santa isn’t real, Gremlins often plays out as more of a horror than a festive favourite. Mogwai Gizmo, however, remains adorable to this day. 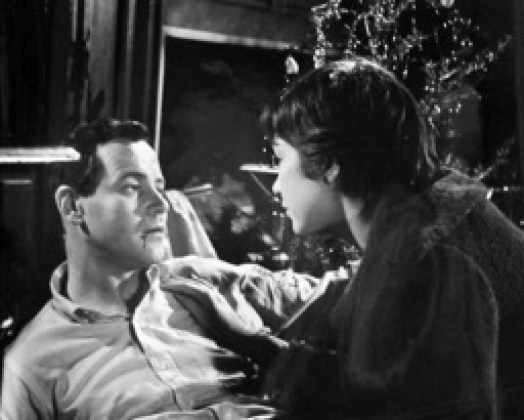 Jack Lemmon in The Apartment (courtesy of IMDB.com)

It might technically be cheating to include The Apartment, given that a significant portion takes place on New Year’s Eve rather than Christmas. Nevertheless, this film embraces all of the tenets of the Christmas spirit, presenting one of the best on-screen romances in twentieth-century cinema. The story follows company-man C. C. Baxter’s (Jack Lemmon) attempts to be promoted in his job before he meets Fran (Shirley MacLaine). The Apartment won Oscars for Best Picture, Best Director and Best Screenplay upon its release, and it’s not difficult to see why. And if the sight of New York decked out in Christmas lights doesn’t get you in the festive spirit, nothing will. 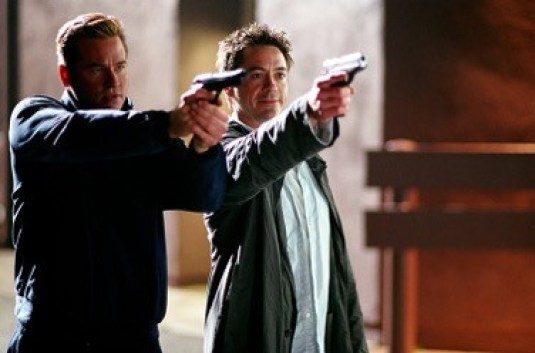 Honestly, any Shane Black film could have been chosen here, given the director/screenwriter’s love for the festive period shown in all his films from Lethal Weapon to Iron Man 3. None of these films, however, quite compare to Kiss Kiss Bang Bang (apart from maybe The Nice Guys, unfortunately not quite Christmassy enough for this list). Combining a deliberately, needlessly complicated plot and a sarcastic fourth-wall-breaking narration from Robert Downey Jr., this film combines a dash of humour with great action scenes and some subtle social commentary on the superficiality of Christmas in L.A. 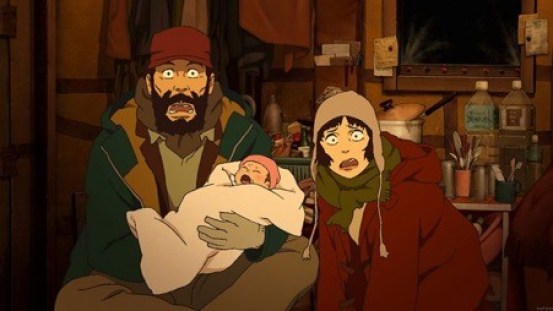 Directed by Satoshi Kon (the master of Japanese animation who isn’t Hayao Miyazaki), Tokyo Godfathers tells the story of three homeless people on the streets of Tokyo on Christmas Eve, and their attempts to return a baby they’ve found to its rightful parents. Whilst it may not quite match the heights of his other works, Kon’s film dramatically bears entertaining characters, an excellent climactic chase scene and a surprising amount of heart. 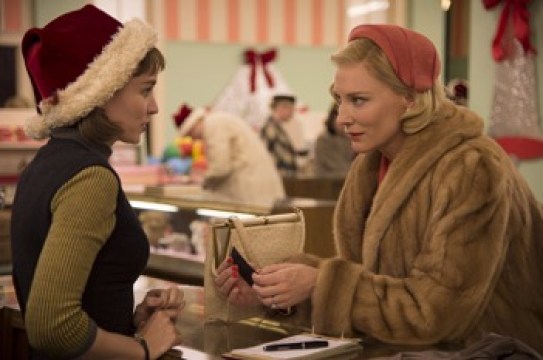 One of the best films to be set at Christmas in recent years, Carol tells the story of the romance between Therese (Rooney Mara) and Carol (Cate Blanchett) in 1950s New York. Directed beautifully by Todd Haynes and adapted from the novel by Patricia Highsmith, Carol offers outstanding cinematography, career-best performances from Blanchett and Mara along with a touching soundtrack. Add to this one of the best final scenes in modern cinema, an already excellent film is consequently elevated to something truly magical for the festive season. 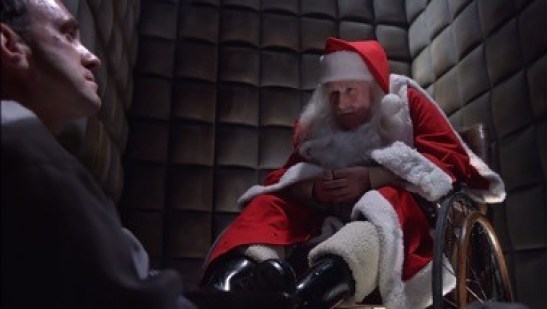 Terry Gilliam’s dystopian masterpiece is so bleak that it’s easy to forget that ‘tis the season for Christmas. It follows the surreal Christmas nightmare that the main character Sam Lowry (Jonathan Pryce) finds himself in, with the festive setting helping to illustrate the overt of consumerism and abject terror of Gilliam’s fictional hyper-bureaucratic state. It is, therefore, the perfect film for any Grinch who hates the superficial jollity of the holidays, and would much rather watch a bizarre, terrifying dystopia play out on-screen rather than, say, Elf. 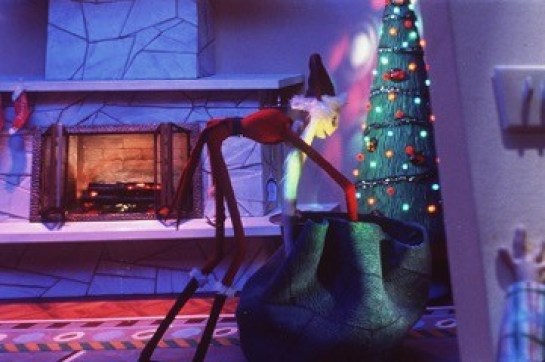 The Nightmare Before Christmas (1993)

Is it a Christmas film? Is it a Halloween film? Well, part of the charm is that it’s both. Directed by Henry Selick (and not, as many believe, by Tim Burton), the film follows Jack Skellington in his attempts to bring Christmas to his home of Halloween Town. Despite the short 75-minute running time, this film has firmly established itself as an animated classic, providing audiences with laughs, scares and Danny Elfman’s excellent songs. 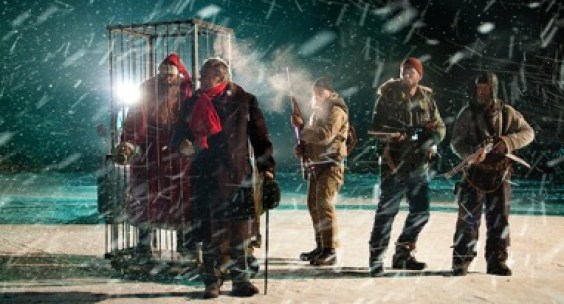 Finally, this largely underseen film from Finland, directed by Jalmari Helander, offers a horror-themed twist on the very concept of Santa Claus. Rare Exports: A Christmas Tale combines the dark folklore of Finland, before connecting it with scenes directed in a style evocative of John Carpenter to create a suspenseful, tension-filled horror set in the snowy mountains of Lapland.

The top 5 causes of Christmas arguments

Top 5 Games Not to Play at Christmas