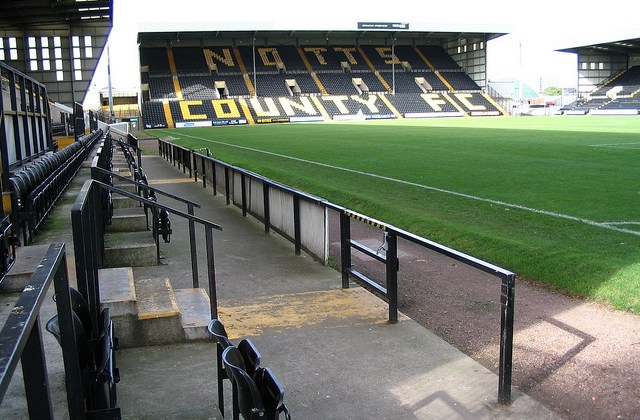 Notts County travel to south Wales for their FA Cup 4th round replay against Swansea City. New boss Carlos Carvalhal has turned Swansea’s season around, as they have only lost one game since his appointment, and two of their wins have been against Liverpool and Arsenal. Notts County have also returned to winning form, beating Crewe Alexandra 4-1 on Saturday after suffering two defeats on the spin in the league.

After a scoring drought of just 12 goals in the first 21 league games of the season, in 2018 Swansea have scored 6 goals in their 5 league games. Following the 1-1 draw at Meadow Lane on 27th January, the Swans emphatically beat Arsenal 3-1 at the Liberty Stadium. Their most recent game saw them come from behind to draw 1-1 with Leicester, and get themselves out of the bottom three in the Premier League.

“If the team play the same way they did in the first leg [Mark Crossley] believes County have a chance to cause an upset.”

Speaking of the recent transfer window, Carvalhal said that recruits Andre Ayew and Andy King are players who ‘really want to come and play for Swansea’, and that ‘if they come with the attitude to help the team we will be stronger’.

Despite their turn in form, Swansea’s first team did receive a blow at the weekend as both Leroy Fer and Wilfried Bony accrued injuries that put both players out for the rest of the season.

Ahead of the replay, Carvalhal has said that Swansea will put out a strong team, admitting that it will be a hard game and County will challenge Swansea in a way Premier League teams don’t, but the Swans will fight to win.

Notts County suffered two home defeats against Exeter and Crawley, before their impressive performance in the original tie versus Swansea. Before Saturday’s game against Crewe, manager Kevin Nolan said that County ‘needed to get back to being us and winning the way we do’, and his players definitely responded to this as they thrashed Crewe 4-1 on Saturday. New signings Noor Husin and Mason Bennett scored two of the goals, showing signs that they are already beginning to settle into Nolan’s team.

Ahead of Tuesday night’s clash in south Wales, first-team coach Mark Crossley has discussed that County know that Swansea will have a lot of possession but if the team play the same way they did in the first leg he believes County have a chance to cause an upset. He stated that County need to stick to their game plan and that ‘if we can get on the end of a set play hopefully we can capitalise on that’.

Goalkeeper Adam Collin, who has returned to the first team after 3 months out due to an injury, said that the game is going to be tough but ‘we are going to go there and back ourselves to get a result.’ Collin stated that County have got to be resolute with their defending, and be clinical with their chances at the other end.

? | Has the @EmiratesFACup lost its splendour?

Although this fixture sees a Premier League side play a team 54 places below them, Swansea’s desire to remain in the top flight is their number one aim. After County’s 4-1 win at the weekend, and Jon Stead on their side who has scored in every round of the cup so far, the League Two underdog’s run in the cup is most definitely not a write off yet.

When Mark Crossley used the favourite cliché ‘it’s the FA Cup, anything can happen’ it’s hard to disagree with him.

Featured image courtesy of ‘The Stadium Guide’ via Flickr