You're an adult now, meaning 'snowdays' don't associate with the fun that they used to when you were young - now, you're just cold, damp and unprepared. Jo Ralphs keeps it real. 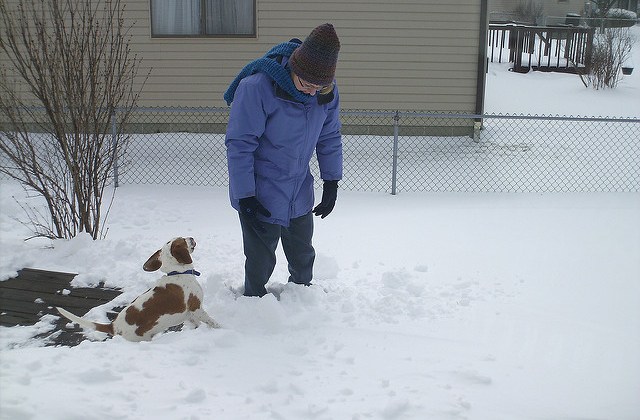 The incoming blizzard has already begun to affect the university, with hundreds of students staying in bed to avoid the cold, or coming to lectures solely for the central heating. The worst of the cold weather is predicted on Thursday and Friday this week, as cold air is displaced by a 50C stratospheric *warming* (cough Donald Trump cough) in the north pole.

I hate snow. It just isn’t helpful to the smooth running of daily life – especially as a student in the UK. Living in cheap, single glazed accommodation, unable to afford your heating bills doesn’t make for a happy home when it snows. On top of this, no one in the UK has ever heard of sensible footwear for snow, so it’s a recipe for a broken arm (or a prelude, if you’re cultured). No trains running, despite pre-booked tickets, bus delays, more cancelled lectures, the population evolving into reclusive, underground mole people – this is what we have to look forward to when the blizzard of displaced Arctic air descends in full force over the country. Everywhere will be affected except for Leeds. On Friday night the people of Leeds will be out in full force, going clubbing without a coat.

Snow is useless. It damages our economy and stretches public services to the limit. It takes our jobs and it can’t even speak English! I’m calling for a ban on Arctic snow migration to the UK, to make Britain great again.

The State of the Academy Awards