During our Students’ Union Elections Media Day on Saturday 24th February, we chatted to the candidates who are running to be elected as your Environmental and Social Justice (ESJ) Officer for the 2018-19 academic year. Take a look at what they had to say. 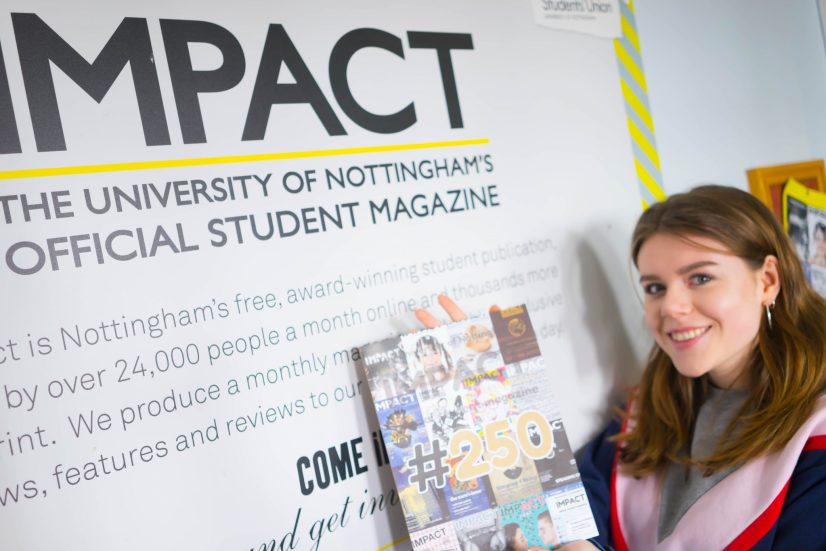 Tilly told Impact: “I want to try to make my contribution to the University, try and make it a better environment for everyone to live in.”

She plans to start by making your coffee drinking habits more sustainable: “I want to increase the range of reusable mugs that they have in Portland. I want to see if they can try and broaden that to the other cafés around campus to try and reduce the amount of waste they produce. Students drink a lot of coffee.”

“”I would like to work with the LGBTQ+ Officer to try and support their campaigns.””

The LGBTQ+ Community is one of Tilly’s priorities: “If I do get the position, I would like to work with the LGBTQ+ Officer, try and support their campaigns, because they are a big part of current issues in social justice.”

She is confident in her ability to convey the ideas of the students to the University, and she’s socially and environmentally conscious too: “I’m studying Environmental Science, so I’m looking at this from an environmental perspective. I like to think I’m quite environmentally-minded, but obviously, it’s not just environmental, you have to look at the social side of it.”

“If you want cheaper coffee, vote for me,” concluded Tilly. 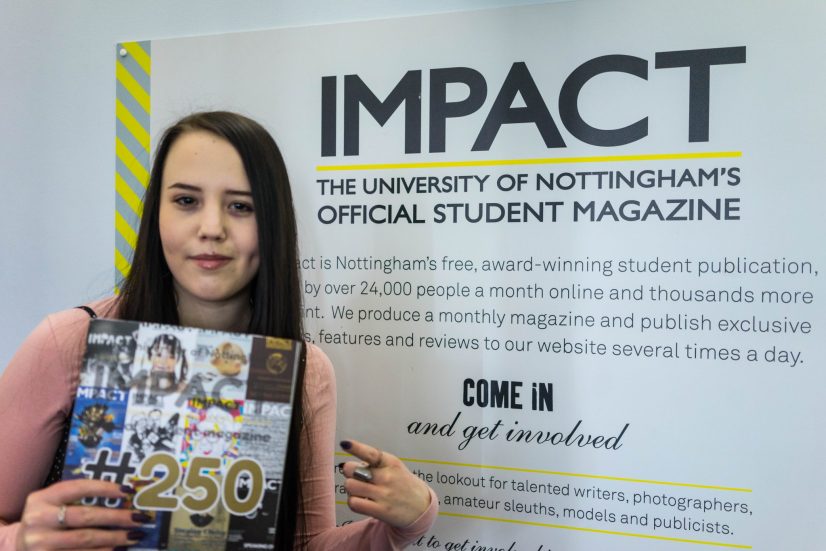 Lara Isabell is a Philosophy student who is running to be the Environmental & Social Justice Officer (ESJ).

She is running because she believes that the University can become a lot more ecologically friendly than it already is. She said: “There are small changes that everyone can make that will impact not only our community at the University but also the community outside of that.”

These “small changes” include looking into the amount that we print, the amount that departments print for students, having hot water machines around campus, and limiting the number of flyers on campus. She continues: “Small changes such as these can make such a massive impact.”

“”It is about asking my fellow students what they want and then focusing on that along with my [ideas].””

Something that Lara emphasises is that she wants to listen to the students, telling Impact: “It is not just about me telling you what I want to change, it is about asking my fellow students what they want and then focusing on that along with my [ideas].”

One way she is planning on doing this is by forming a think tank group of students who can come up with their own ideas, and from that “we can work together as a team.”

Talking about her past experiences, she said that she spent 7 years in her local youth council as a chair, where she discussed what could be done to improve the lives of young people at her community.

Her slogan is simple yet direct- ‘Please vote Lara’. 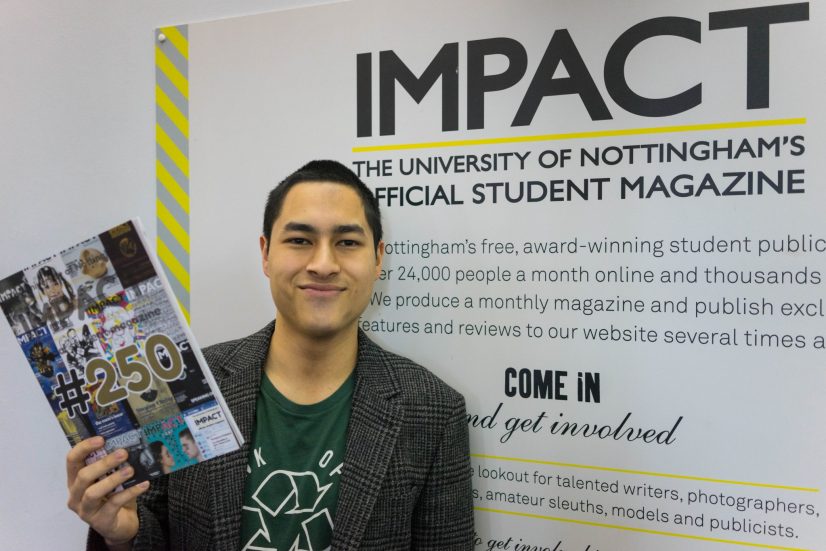 Bonni Jee is a second-year Natural Sciences student running to be your Environmental and Social Justice (ESJ) Officer.

His previous experience consists of being an ESJ representative in both of his previous halls. He now works as a JCR Executive rep, where he oversees the training of all the ESJ reps elected in their respective halls.

One of Bonni’s main aims is to investigate and eventually lower the level of food waste on campus. He says that new campus cafes are constantly appearing, but wonders what actually happens to the food that they don’t sell.

After some preliminary investigation, he tells us caterers have assured him that efforts have been made to reduce this waste. He said: “I want to make this more transparent, as I haven’t seen much progress thus far.”

“”Part of the ESJ role is to encourage student participation along with the ability to empathise with both local and global issues.””

Another manifesto point involves cutting down the level of plastic waste. He said: “In the Costa in SPAR, you get a discount if you bring your own cup, and I think this should be rolled across all campus cafes.”

Bonni believes that if people are incentivised to use their own cups, the number of plastic cups wasted would be massively reduced. He goes on to say that studying Environmental Science as part of his degree has made him passionate about reducing non-recyclable waste.

He believes that part of the ESJ role is to encourage student participation along with the ability to empathise with both local and global issues that are brought forward.

Bonni is most looking forward to helping the wider student populace to understand the issues that affect them. He also hopes to be enlightened to issues that he is unaware of, so he can work to improve on them.

Note: Vivek did not attend the Media Day on 24th February.

Vivek Agarwal is also running to be your next ESJ Officer and is a PhD student who has a degree in Geometrics Environmental Engineering. He is also the current Environment and Social Justice rep for Raleigh Park.

“Vivek aims to ensure that events and experiences within the University are wide-reaching and accessible to all.”

In terms of what he would like to change, Vivek aims to ensure that events and experiences within the University are wide-reaching and accessible to all. He hopes that this will encourage people to approach me with any issues, ‘environmental or otherwise, and feel confident that their concerns’ are taken seriously.

Note: Agata did not attend the Media Day on 24th February.

Agata is our final candidate running to be the next ESJ Officer and is currently doing a year abroad in Goettingen, Germany. Agata stresses that this has helped them to see ‘first hand how big a role social justice and environmental issues can play in day-to-day student life.’

Agata’s experience includes setting up the ELSA Refugee Project, and was a Student Volunteer with Nottingham Citizens from 2015 onwards, assisting in the organisation of the sexual harassment and rape team.

“[Agata] aims to ‘make sure that each and every one of the 25+ groups that make up the ESJ network are listened to.”

In their manifesto, Agata stressed that they aim to ‘make sure that each and every one of the 25+ groups that make up the ESJ network are listened to and supported by the SU,’ and wants to ‘further publicise the amazing work that the ESJ groups do.’

Agata also plans to ‘keep the activities of the ESJ network open and accessible to all by working closely with the ESJ reps in JCRs’, to engage with first-year students from the beginning.

To read the manifestos for your ESJ candidates, head to the Student Leader Elections website.

IMPACT ON THE CAMPAIGN TRAIL: DAY 3