The Delights of Devon

Devon, home of lovely beaches and dramatic moorland, is often considered a summer holiday destination. But my Totnesian pal and I (plus his cute little pug) decided to make the most of Devon in September, and see what the ‘English Riviera’ had to offer beyond its sandy shores.

We began with a wander around Totnes itself. Historical curiosities include the ruins of Totnes Castle, with astounding views down to the River Dart, and the Brutus Stone, which was reputedly the spot where the Trojan Prince, Brutus, alighted from his ship and claimed the land. Also located on atmospheric Fore Street, is the East Gate Arch, the former gateway to the medieval town, which was lovingly reconstructed after the Great Fire of Totnes in 1990. Totnes is also home to a Tudor Guildhall, numerous museums, and a number of quirky independent shops and eateries. From beautiful bookshops to vegan goodies, there is something for everyone in this individual, architecturally-lovely town. 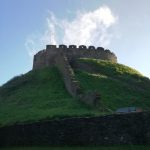 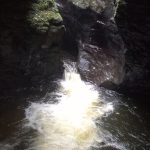 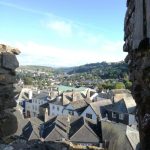 A trip to Lydford Gorge was also in order (with puggo in tow), after crossing the wild and incredibly foggy Dartmoor. Herds of cattle aimlessly wandering across the roads, and steep windy lanes made this an interesting and memorable journey, only made more enjoyable by the end destination. Lydford Gorge is now under the care of the National Trust, and home to the deepest gorge in the South West, alongside a thirty metre high waterfall. With such picturesque names as Whitelady Waterfall and the Devil’s Cauldron, this should give a sense of the rainforest-style drama of this place – and best of all Jabba the pug enjoyed it too, although all our legs were aching by the end of the walk!

The wonders of Torquay beckoned, which left us incredibly windswept after a walk down the pier. The doggy-friendly Visto Lounge on the front made a great refuge, as did their tasty food (there’s a restaurant from the same chain called Bendigo Lounge in Beeston for us Nottinghamshire folk!). After a circuit through the grounds of the art gallery and museum Torre Abbey, we headed for Greenway, the holiday home of crime writer, Agatha Christie. 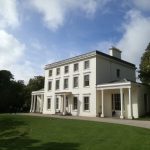 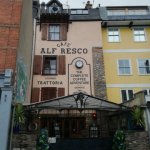 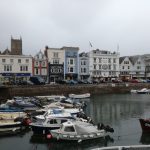 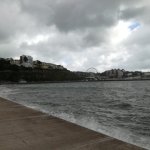 Left much as it was when Agatha and her family occupied the house, the interior of Greenway was stunning, particularly the ‘graffiti’ in the library. The exterior of the house and its extensive gardens also made this a magical place to visit, culminating in the walk to the boathouse, the setting of the murder in Christie’s novel Dead Man’s Folly. With incredible views of the Dart, this must have been a wonderful holiday home, exemplified in the description of the place by Agatha herself, as ‘the loveliest place in the world’.

A trip over to Dartmouth in the car ferry and an ice cream in the rain rounded off a packed day and my time in the Torbay region. A six hour drive (thanks traffic!) back to Nottingham awaited, as does the prospect of another university year starting! It’s safe to say that Devon is a beautiful county, and one full of delights that extend far beyond its beaches. Hopefully I’ll be able to head back and sample some more of its treats (including more Totnes fudge) before too long. 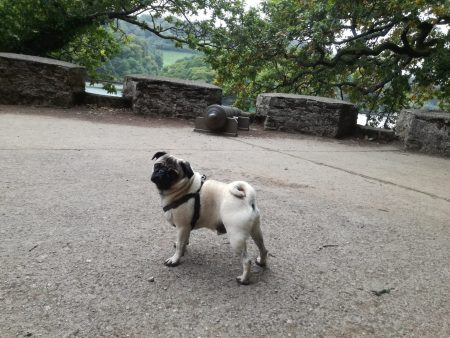 Amy Wilcockson
(thanks to Lawrie Cate and Jabba the pug)

If you want to get involved with Impact, from writing about food to photographing science (why not), send us an email at lifestyle@impactnottingham.com and/or join our contributor’s group here.