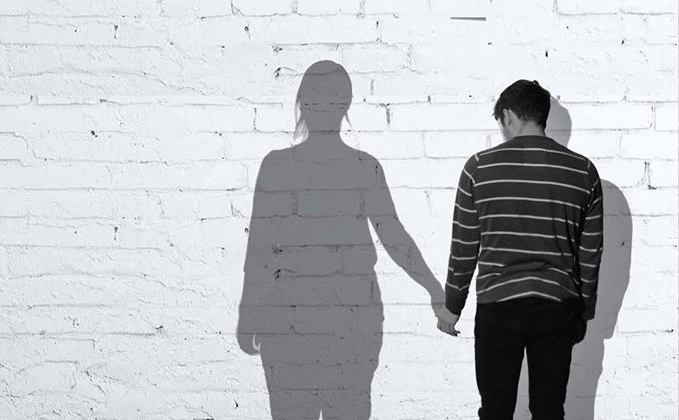 Adult Child/Dead Child is a subversive take on a troubled child’s life as he matures into adulthood. For a play centred entirely within the fractured and unfiltered perspective of a broken individual, it is quite chilling in what it says about the world that has failed the protagonist. With Alex Piechowski’s brilliance in engendering raw emotion in every twitch, stutter and thought, Adult Child/Dead Child portrayed human tragedy in real situations that are present in everyday life.

“Ingenious use of loop pedals”

With ingenious use of loop pedals to echo the deafening internal voices that haunt the protagonist, the play effectively created a realistic and haunting auditory experience. The wide array of lighting techniques, from blinking to slow shifts, was disorienting and surreal which mirrored the protagonist’s fragmented state of mind. I was taken aback by what I was experiencing because I think the play succeeded where it most needed to. The stutters in diction and the disorienting sounds and lights made me feel depersonalised and broken up. I could vividly recount the instances where I felt disjointed emotionally and psychologically. You could really sense and sympathise with the perpetual chaos in the protagonist’s every waking moment.

I am personally grateful that Donn, Piechowski and the crew bravely conveyed mental health issues with such veracity; the threat to personal identity and the ironic detachment in the social institution of family portrayed. More than just a fantastic acting performance and an artistic achievement, they were able to create a play that gives voice to the silent oppressed. It was a beautiful tribute to people who suffer from the cruelties of our world. It was a provocative look at the fragility of a child’s innocence and the utter chaos and dysfunction when adults abandon rather than nurture.

Often intense and dark, the play offset the heavy tone with the kind of humour and laughter that becomes tragically cathartic for its viewers. I felt that the compact studio actually worked in favour of this play, bringing the audience closer to the protagonist’s inner thoughts. The audience felt, to an even greater extent, helplessly complicit in the narrative of the protagonist which heightened the personal touch and tragedy of this play.

“This was a moving experience full of heart and soul”

Donn’s direction here was quite ambitious. Its stripped-down approach allowed the complexities of character development to shine. Whether it was the use of light, the shifting tone, shadows, diction or repetition of sound, this was a moving experience full of heart and soul. All of this, of course, was balanced thinly by Alex Piechowski’s performance and he made it work. He took this play from one end to another, constantly bending the surreal and dream-like narrative to the edges before bringing it back to the sobering reality of personal psychological trauma.

At the end, I thought about how the narrative is a part of many of our lived experiences so you will find it surprisingly relatable in more ways than one. I reflected on the fact that our world can often be loveless when what a child (or any individual) needs most is love. Even as Adult Child/Dead Child lays bare the inner demons in traumatised individuals, what’s more chilling is the greater brokenness in society at large. I thoroughly enjoyed the play, even as I held back a few tears, and would sincerely recommend it as essential viewing; it is an important artistic achievement, an ode to victims of trauma and a provocative reflection on our collective failure as a society to show more love and kindness.

It’s Beginning To Look A Lot Like Christmas… Stress