Make America Protest Again: Donald Trump’s 2018 in Music and the US Midterm Elections

Carrying on his timeline of Trump-based musical protests, Ben continues looking at 2018 and the results of the Midterm Elections 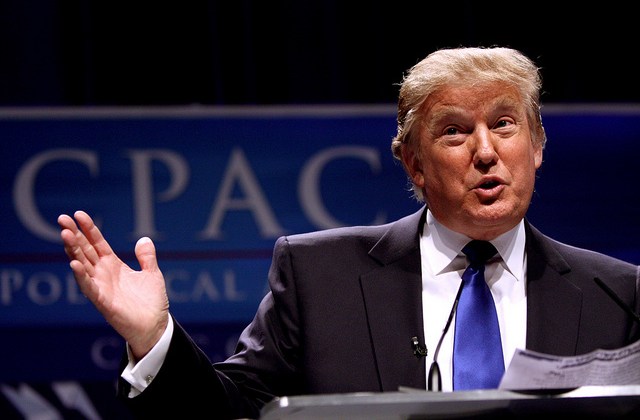 Protest music has an essential yet unpredictable character. There was never a desire for it to become a specific genre in itself, it was simply a by-product of ever-growing changes and issues. US modern protest music was born in 1939 with Billie Holiday’s ‘Strange Fruit’, a soul track tackling civil unrest and slavery and has continued to evolve through the ages.

During Barrack Obama’s presidency, many believed that protest music had adapted to become a movement celebrating and embracing difference, as Obama himself addressed the importance of Black Lives Matter, as well as feminism and gender issues.

However, since Donald Trump entered the Oval Office, a new reality has dawned and the positivity of Obama’s presidency has been swiftly brushed aside and replaced by a nationalistic regime.

As reported in an earlier article, Trump has encountered some fiery exchanges with the music industry and 2018 was no different. Below is a timeline of Trump’s 2018 so far, as told by some of music’s most respected artists. With the US Midterm elections having been announced, it seems fitting to look at America’s protestations against a President who’ll now struggle to hold power.

Trump’s celebrations following his first year in office were overlooked by the second annual Woman’s March in New York. The Harvey Weinstein scandal made the #MeToo movement more important than ever, promoting women’s causes and supporting victims to speak out. Addressing the march, Halsey delivered an emotional poem about her experiences with sexual abuse. Whilst Trump’s ignorance towards society continues, it’s lines “It’s 2018 and I’ve realised nobody is safe…/ And every friend that I know has a story like mine” that sum up the need for change in today’s society. Halsey’s speech was perhaps more poignant given that she was speaking on the day in which serial misogynist Donald Trump was celebrating a year in office.

Kanye West’s 2018 has seemed fanatical and his T.I collaboration ‘Ye Vs. The People’ sums up the artist’s current state of mind. His desire to please ‘the people’ is weighed against his absurd arrogance. However, it’s Kanye’s starting verse which proves the most eye-opening. Lyrics “I know Obama was heaven-sent / But ever since Trump won, it proved that I could be president” highlight Kanye’s pro-Trump stance alongside mental fragility and disillusionment. It’s the most high-profile pro-Trump song to date and gives some understanding to the relationship between Trump and the Chicago rapper.

Despite England’s World Cup successes, Trump’s impending visit to the UK was approaching, and the UK public weren’t too enthusiastic in welcoming him over. Mass protests were promised around the country and Green Day’s 2004 anthem ‘American Idiot’ was the chosen song of the resistance, sparking huge streaming and download figures which eventually got the track back into the UK Charts.

As Trump landed in the UK, it was clear what the public thought of him, with the political punk single reaching No. 25 in the Top 40.

Track of the summer, ‘Love It If We Made It’ is an eye-watering account of the post-truth world (“Truth is only heresy”), referencing Trump amongst others. Lyrics “I moved on her like a bitch” are viciously spat out during the beginning of the third verse, highlighting the double-standard displayed in Trump’s recorded remarks against the acceptable language for broadcast. Whilst that single line rings particularly, the entire third verse references Trump’s administration, whilst the track itself is a thought-provoking single with a video to rival any made in the past decade.

The legendary Paul McCartney proved he’s still got what it takes with the release of Egypt Station, his 25th studio album in total. Aged 76, McCartney’s seen a lot in his time, but today’s society is a new experience. ‘Despite Repeated Warnings’ calls out climate change deniers and lyrics “Despite repeated warnings / Of dangers up ahead / The captain won’t be listening / To what’s been said” shoots at Trump’s decision to withdraw from the Paris climate agreement. With many issues surrounding Trump’s America being analysed, it’s refreshing to see something new being criticised.

Trump’s America will rightfully face scrutiny from all walks of life. Over the past two months, Trump has withdrawn from a landmark nuclear treaty with Russia, described himself as a nationalist, denied transgender identity, appointed accused rapist Brett Kavanaugh into the Supreme Court and accused the media of causing the rise in shootings across America. This goes alongside pipe bomb’s being sent to high-profile anti-Trump figures across the country and increased general support for the extreme right in politics.

This morning’s Midterm election results declared that Trump’s agenda will struggle to pass through the House of Representatives. However, as seen in the past with nationalistic leaders, when faced with challenges, they turn to more extreme methods in order to rule. The election results are of course a positive for diversity in America with more women being elected to the Senate than ever before, but Trump still has control of the Senate and this could potentially be dangerous.

Barrack Obama changed the nature of the protest movement. Trump has consequently transformed the movement into a weapon against his own administration, a weapon which, in this unpredictable world, could lead to the dismantlement of society as we know it today.

Behind the Scenes at NNT: “X” by Alistair McDowall

Book Review: She Wants It: Desire, Power and Toppling the Patriarchy