Behind the Scenes at NNT: “X” by Alistair McDowall

Esther caught up with director Joe Strickland to find out more about the NNT’s latest production “X”.

I had the pleasure of catching up with Joe Strickland, the director of the NNT’s latest production “X”. The sci-fi horror productions debut was last night and will be running until 10th November.

“The best bit has been putting little homages to classic sci-fi and horror tropes into the set, costume, lights and sound” 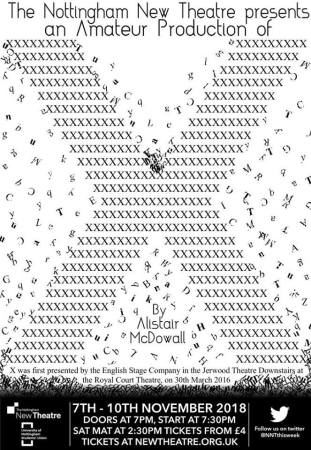 Q: What was fun about staging a sci-fi/horror themed play?

A: I’m a big fan of both genres, but they’re so rarely seen on stage. So, when I saw this play existed, and did both genres so well, I knew how fun it’d be to put on- and it has been great fun. The best bit has been putting little homages to classic sci-fi and horror tropes into the set, costume, lights and sound.

Q: Do you have any funny stories from rehearsals?

A: The first read-through is always a fun time because it’s when most of the cast find out what they’ve let themselves in for. With this play, and all the twists and turns and layers it has, the read-through was followed up by a very eager round of questions and explanations as to what everything meant.

Q: Was it difficult building the set for the play?

Nope, the set for this play is very sparse and empty to reflect the isolation of the space station and the isolation that the characters feel once they realise they’ve lost contact. The set is very intricate, so took a long time to put together, but wasn’t very difficult to do.

Q: What’s your favourite quote/ line from the play?

A: The ending monologue is gorgeous, but if I told you what it was it’d spoil the show. So, I guess you’ll have to come along and hear it for yourselves…

Q: What should audiences look forward to in your adaption?

A: We really want people coming to see our show to be active audience members, trying to figure out what’s going on as it happens. Our set is also very cool. The original production had a set not too dissimilar from sci-fi B-movies- but I wanted to set this in a more industrial, gritty, sci-fi set like something out of Alien, Under the Skin or Annihilation. We’ve also had someone compose loads of music for the show which helps create the perfect atmosphere for our horror sci-fi blend. 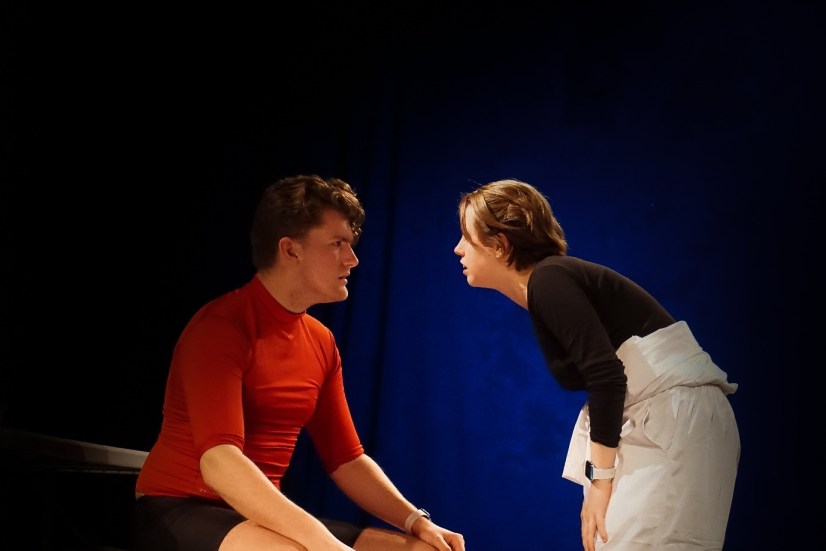 Q: Why did you choose this text in particular to adapt?

A: I read the play and loved the complexity of it. And how, each time I read it I got more and more out of it. I then applied for the rights and one year later I got them, and it’s been full steam ahead from there!

Q: What has the process been like leading up to the productions debut?

A: Great fun, I’ve done several shows at NNT now and have found a nice groove for myself. Plus, I’ve worked with a lot of the backstage team on this show before and I know I can trust them to come up with something amazing from my ridiculous ideas.

Q: What can audiences take away from the play, does it have a particular message?

A: A lot of this play deals with people trying to cope with adversity together- which is always going to be an important message to tell, especially nowadays.

“It does what any good sci-fi does, it jazzes up a story with space and technology, but that story is always about human connection and perseverance in the face of adversity”

Plus, the background of the play has the theme of an Earth too polluted to be lived on, which again isn’t necessarily too difficult to imagine in the coming decades. It does what any good sci-fi does, it jazzes up a story with space and technology, but that story is always about human connection and perseverance in the face of adversity and that’s always a great message to spread.

Make America Protest Again: Donald Trump’s 2018 in Music and the US Midterm Elections