Bring It On: flipping gender stereotypes on their head

Charlotte teaches us how 2000 film 'Bring It On' is a fantastic example of subverting stereotypes, instead demonstrating fab female solidarity.

A romantic-comedy about cheerleaders in short skirts. Sexist, I hear you say? Bring It On (2000) is the film that (literally) flips these stereotypes on their head (because they are cheerleaders, duh).

The film’s opening scene satirises the common assumptions about cheerleaders, with them singing the lines “I swear I’m not a whore!”, “I’m sexy, I’m cute”. Their routine ends with Torrance’s (played by Kirsten Dunst) top falling down and her boobs being exposed to the watching audience, with everyone laughing and some boys shouting “nice breasts” and others miming that they are grabbing them.

This, followed by constant scenes with the cheerleading teams wearing their small outfits; crop tops and short skirts, plus a car wash which sees all the cheerleaders wearing bikinis whilst seductively ‘washing’ the cars reiterates the stereotype that cheerleaders are there to be viewed as sexual objects, it being a sport that supposedly objectifies its team players.

“The girls have agency; they are participating in the ‘male gaze’, rather than being the objects of it”

However, the assertive nature of the cheerleaders satirises and contradicts these misguided assumptions surrounding the sport that apparently does not “require any neurons”. For instance, the girls are aware of the way they are presenting themselves, using this to their advantage. Missy in the car wash scene tells her brother Cliff that she is “making money from guys ogling [her] goodies”. Hence, the girls have agency; they are participating in the ‘male gaze’, rather than being the objects of it.

Torrance’s relationship with her boyfriend, Aaron, presents this same sort of contradiction and current feminist problem. Initially, she is the typical ‘needy girlfriend’ who is all over her boyfriend who flirts with two other cheerleaders in front of her. He then goes to college and cheats on her continuously and she is positioned as the completely oblivious and naïve girlfriend.

However, again turning stereotypes around, after he tells her she should stop being the cheer captain she goes to his college and tells him “kiss my ass Aaron, it’s over”, realising she deserves someone who believes in her like she believes in herself.

But what I loooove most about this film is the sense of girl power and solidarity. After finding out her team has been stealing the routines from a rival cheerleading group, the ‘Clovers’, Torrance tries her best to put things right between them. Isis, the Clovers captain, initially refuses any help, claiming they do not need them. Yet, in the final cheer competition, Torrance gives Isis advice on how to get more points and Isis tells her that one of Torrance’s cheerleaders is thirty seconds behind the rest of the team. In the end, the Clovers win and both teams congratulate each other, counteracting the ‘catty’ associations surrounding cheerleading competitions.

“Torrance’s decision … emphasises the way people should be chosen based on their skills, rather than their looks”

Torrance’s decision to choose Missy for the team, who two of her team-mates label a ‘dyke’ because of the way she dresses, emphasises the way people should be chosen based on their skills, rather than their looks. Again, we have stereotypes of bitchy cheerleaders being satirised and then ultimately undermined, in this film that has an overwhelming sense of female solidarity, rather than competitiveness. 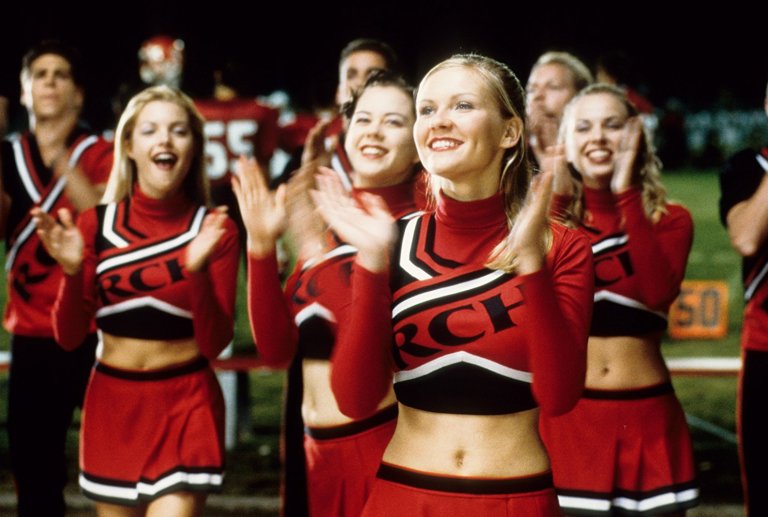 Jessica Bendinger, Bring It On’s screenwriter, has made viewers re-think the negative stereotypes surrounding female cheerleading, in a film that is funny, feel-good and romantic. She has managed to unpick difficult elements of feminism, positioning women as assertive, empowered and confident in their own bodies, rather than feeling pressured into ‘performing’ for men. If this is not enough reason to watch this enlightening film, then the iconic 2000s outfits are.

Featured image and article images courtesy of Beacon Communications via IMDb. No changes made to the images.

Deer Collisions are on the rise: here’s how you can help