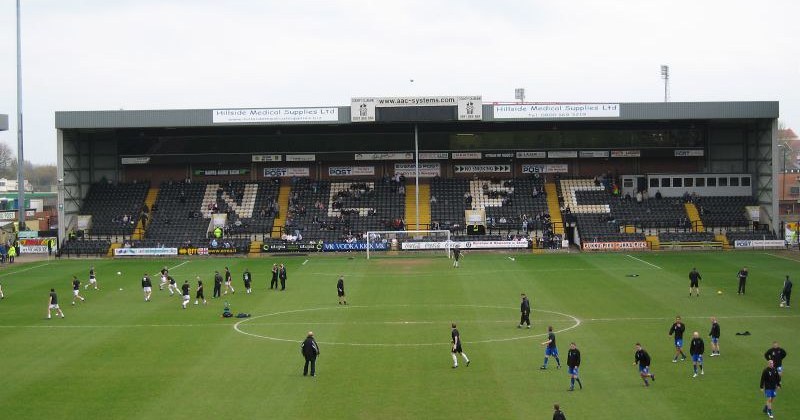 Neil Ardley’s first home game in charge ended in a home win for the Magpies, as they secured their first three points since October with a scrappy 3-2 victory over play-off chasing Tranmere. Jon Stead was the hero for the home side, as his two goals and excellent assist meant that Notts would hold on and earn an important three points in their fight for survival.

The home side were twice pegged back by Rovers, who are 8th in the table, but Jon Stead’s 76th minute penalty, after a foul on Nathan Thomas, meant that the Magpies would stay above Sol Campbell’s Macclesfield, and move closer to escaping the relegation zone.

Ardley’s first two games of his tenure were tough trips to Sunderland and Mansfield in the Checkatrade trophy and league respectively, and following successive 2-0 defeats, Ardley spoke of his relief to get his first win on the board against Tranmere. “It was great, the fans were brilliant and hopefully they’ve seen their team scrap, fight, and with a little bit of nous about them towards the end and these are all the qualities we are going to need to do what we want to do this season.”

Magpies fans are going to have to be patient with Ardley, as it will surely take him time to adjust to Notts County. His only previous managerial tenure was at AFC Wimbledon, whom he managed between 2012-2018, with an impressive promotion to league one and stable seasons in the higher tier to his name. However, after a poor run of form which left them in relegation trouble, Ardley was sacked.

At Wimbledon, he would have been working on an extremely low budget with hopes of establishing them as a competent third division side. I believe, therefore, that Ardley will need plenty of time to adjust to life at Meadow Lane, as Notts County are a much bigger side than the Dons in terms of stature and finance.

Ardley’s side travel to 18th placed Grimsby Town on Saturday before a bottom of the table clash with Macclesfield on Boxing Day. The new boss will be hoping to pick up a couple of important wins form these fixtures which could see the Magpies out of the relegation zone in time for the new year.

The Christmas period is a crucial time for clubs to pick up points, but it will be especially important for the inhabitants of Meadow Lane this season, as it will be a time for Ardley to cement his style of play and ethos within this Notts County team and hopefully bring the upturn in form they so desperately need.

Featured image courtesy of clogsilk via Flikr. No changes were made to this image. Image license found here.

Plane Etiquette: A Tale of Woe