Last week I visited the Contemporary’s newest exhibition, Still I Rise. Displayed across four galleries, Still I Rise has over 100 exhibits, including new commissions as well as previous work not often exhibited here in the UK. Each gallery offers a different thematic perspective and are all open for free (or a small donation) to the viewing public.

What initially struck me when I visited the exhibition was its commitment to presenting a wider history of multiple feminisms, not simply Western white feminist narratives which – while still extremely important – are often those most commonly explored.

“Still I Rise examines stories of resistance on a global scale”

Still I Rise examines stories of resistance on a global scale, “from intimate acts to large-scale uprisings.” By not adhering to linear narratives, the exhibits highlight a multitude of feminisms, and movements varying in time, place, and focus.

So much depth and power comes out of these exhibits through the artwork, sculptures, films, and artefacts displayed. These guide the visitor through movements ranging from Civil Rights to Suffragettes to anti-colonialism in Africa to Stonewall uprisings. It also sheds light on topical issues such as women’s involvement in the recent Black Lives Matter movement.

The first gallery explores feminist political protests which aimed to change legislation and by extension to change history. There is a great energy of defiance in this room with thought provoking new perspectives on feminism, including exploring female criminality.

In this room there is also a Zine library in which there is a reflective space to read material relating to the exhibition. It is worth spending even ten minutes in there becoming absorbed into the great many topics and perspectives they have to offer. 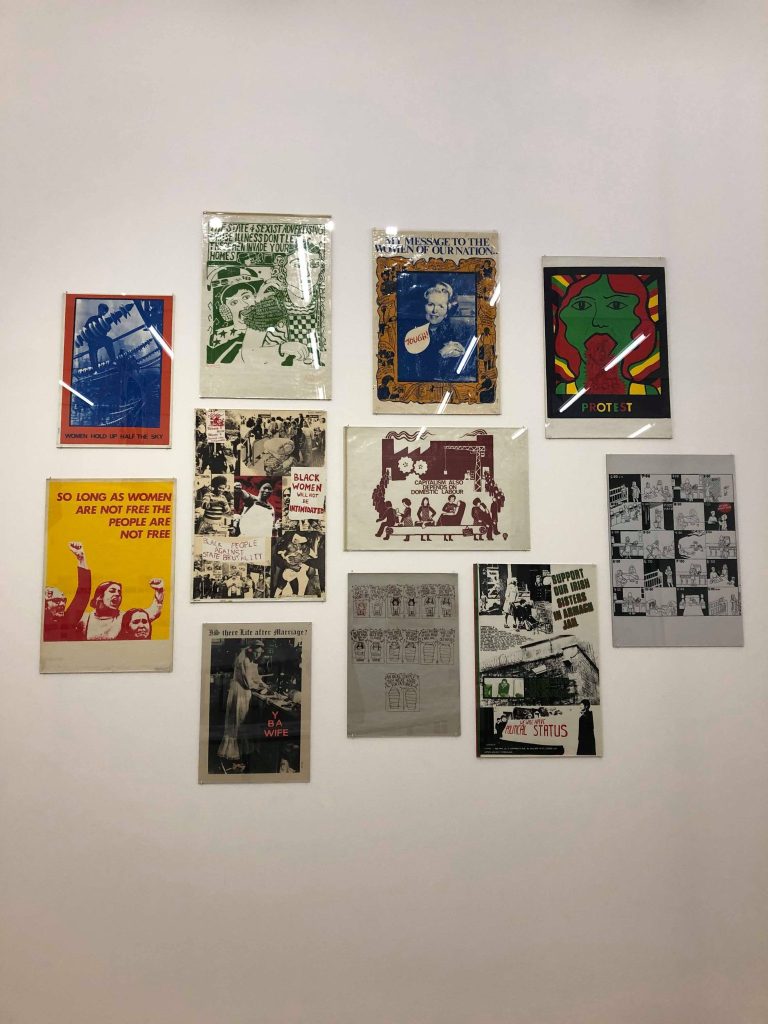 A Spell: Feminism Beyond Humanism

A very different experience is had in room two. A greater focus on interactivity and identity in this room was felt through a more spiritual and sensory focus. Moreover, the exhibition is fluid, with some exhibits changing weekly, including the film shown in the screening room. 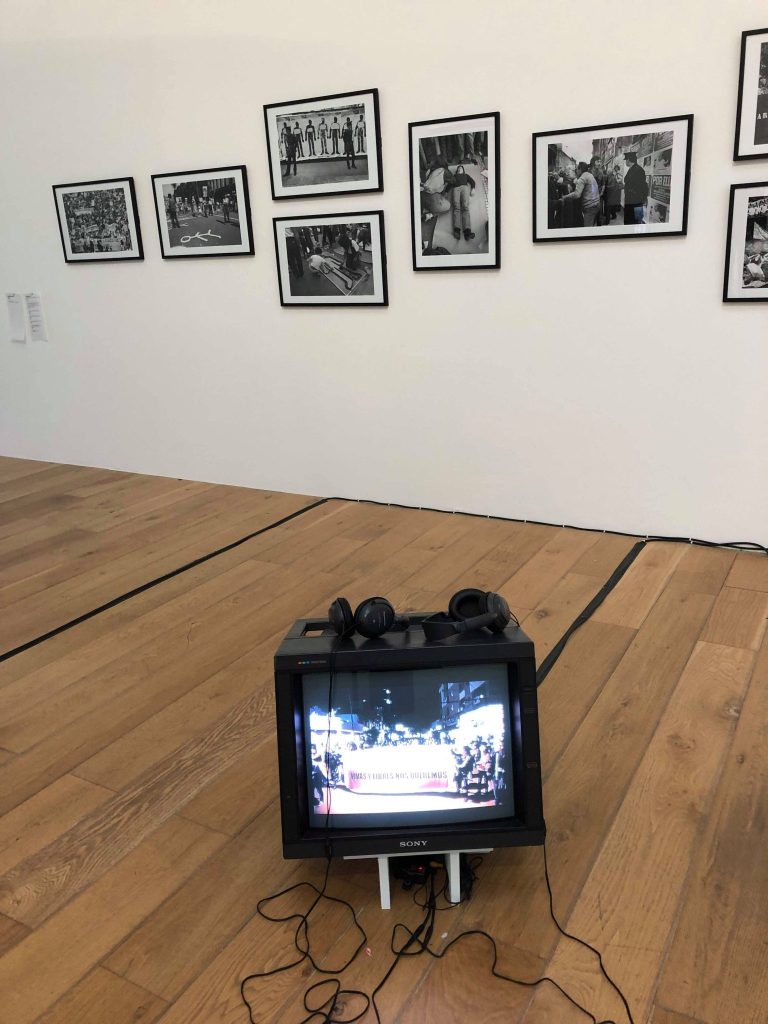 A Dance: No Woman is an Island

The third gallery space focuses on more organic and environmental topics. It explores relationships to space and surroundings through depictions of performance art and sculpture. 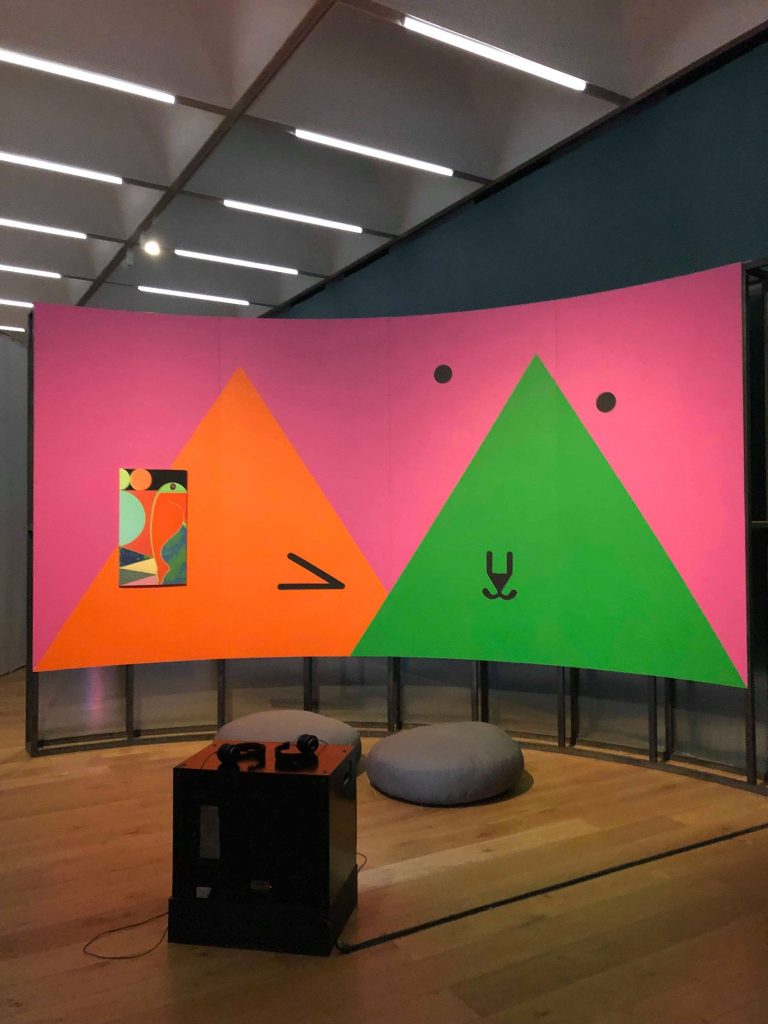 A Call: Making Our Voices Heard

Gallery four explores the feminist voice with particular attention to its relation to public protests and demonstrations. It has a deliberate media focus, using audio-visual material to tell stories of resistance. 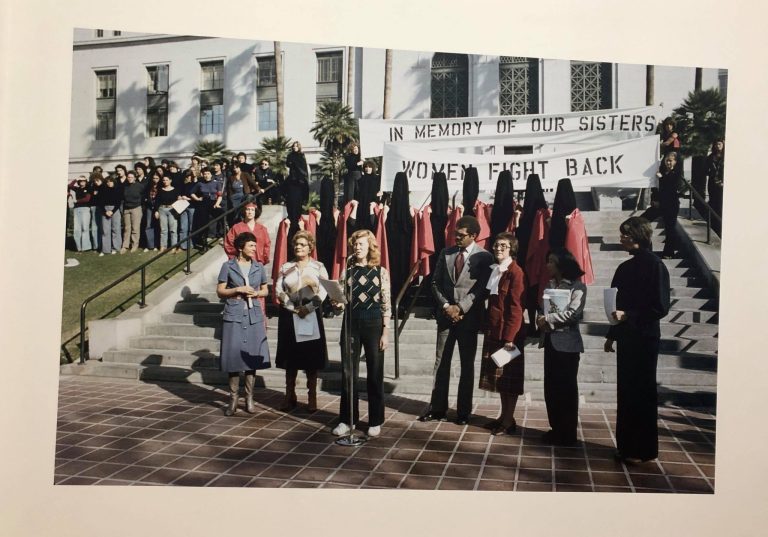 Overall, the exhibition has so much depth, range and power. As a young woman I found it to be an extremely valuable experience. It is certainly worth taking the time to explore all the galleries which have many spaces to pause and consider the pieces as you are making your way through.

The exhibition has also created a wall for visitors to contribute their thoughts about the exhibit, alongside thoughts about feminism, resistance and hopes for the future. I found it inspiring to read the contributions that had been made by the public and I would recommend it as an exercise to think about your individual hopes and beliefs surrounding these issues.

Whether you spend half an hour or half a day at the exhibition, it is important to take advantage of it while it is in Nottingham.

Still I rise is at the Nottingham Comtemporary from now until 27th January 2019.

Nottingham Contemporary are also holding talks and workshops throughout the showcase, details of which can be found on their website.