During our Students’ Union Elections Media Day on Thursday 28th February, we chatted to the candidates who are running to be elected as your President for the 2019-20 academic year. Take a look at what they had to say. Claude Mahlich has been at the University for the past four years and is studying International Media and Communications with Spanish. He has experience with Welfare in sport and is currently the 6th team hockey captain. Claude is hoping to be your next SU President.

Claude’s manifesto strives for “achievability”; he places a large amount of importance on “achieving what you say you’re going to achieve”.

The foremost point of Claude’s manifesto is closing the “bridge between the SU President and students”, which has been a problem in the past. He is aiming to “bring them closer” by holding weekly “surgerie”’, which would consist of informal chats in the Welcome Zone, allowing students to “voice their concerns”.

Claude’s second point touches on student safety, especially “living off campus in areas like Lenton”. He plans to increase the protection of students and their houses by “working with the future community officer, students and Nottinghamshire County Police”.

Following the Vice-Chancellors statement in January regarding Brexit and the University’s reputation as an international University, Claude endeavours to “make sure that all students, whether they’re from Europe or anywhere else in the world, feel at home here and are given solidarity and acceptance from the Students Union”.

Also on Claude’s manifesto is the University’s exceptional environmental policies and how he wishes to uphold them, as well as “continue to challenge other UK universities”. A potential starting point is providing “ethically sourced alternatives” for the cotton clothes in the SU shops.

Some of Claude’s concluding points involve the handling of any future strikes that could potentially occur, but with a focus on the protection of students. Claude is also seeking to review and update the “front facing media” of the SU, particularly the SU Website. Claude does not have a slogan, but is proud of his statement ‘Claude our President’. James is an MA Philosophy student running for President. He is currently the LGBTQ+ Officer, a part time voluntary position in the SU.

James’ policies focus on interaction with members, including the SU living wage issue, increasing the SU presence in Lenton and on satellite campuses, and liberation and democracy.

He explained his campaigning intentions, “the main thing I want to prioritise is the theme of the manifesto which is putting the members first, having it member-led and that the union doesn’t exploit its own members.”

To achieve this, his standout policy is to abolish the SU President position, “the officer team would function far better if there wasn’t a President role but rather a union development role […] the current officer team has expressed interest in it.”

James believes that changing that role would make it more democratic and powerful. “The reason I am running for a position that I want to abolish is because I want to make the position into what I think I would like to do with it.”

He shared how his experiences as an officer have driven him to run for President, making him a unique candidate. “The main motivation for running for President is that I spent a year trying to get stuff done and coming up against barrier and barrier. My main motivation is trying to put the members back in the lead and this is limited by the way the SU is structured.”

“A lot of promises are great but without reform of what we’ve got, we can’t get there. It aims at the future by reforming the now. I have unique access to the knowledge of the now because of my experience.”

His final manifesto point is to rename the Teaching and Learning building ‘The Bertie Building’: “It’s a bit more of a fun one but definitely one I think can be done.”

James’ slogan is “Change is Pheasible”, stating that he has a plan for all his manifesto points and that “everything on there is Pheasible.” 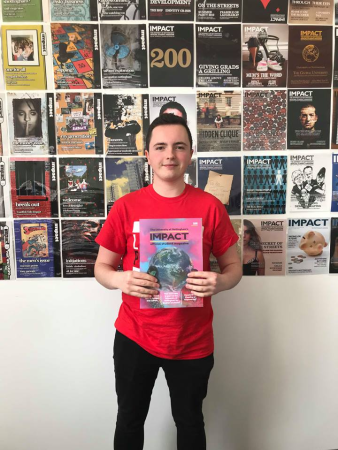 Louis is a final year Film and Television Studies student running for President.

He has six main policies and his first is sponsorships. His main focus is on Crisis and Ocean: “on buy/sell you see what happens with bouncer misconduct, VK throwing […] and nothing really gets punished.” He explained that the Welfare Network or the police are people’s only options and he wants to change that by introducing an SU representative at every SU affiliated event to witness and follow up any incidents with Welfare.

Louis believes in teamwork and learning on the job, saying “when you get your foot in the door of the SU then you can see some of the problems […] it’s just ticking them off, working together.”

Another of his manifesto points is transparency in having the university publish monetary distribution. “This is a huge challenge. […] it’s just meeting with the key people, seeing what can be done […] whether we just get to the end of the year and we’re slightly there and someone else can pick it up, I think it’s really important.”

This links to another of his points: engagement. “I’ve found value from my nine grand in the Student’s Union […] but for people who don’t I think it’s really important that they know how much of their money is actually going towards them.”

Louis also aims to increase membership to societies and sports teams: “I think the Welcome fair is amazing […] but the Welcome Week events can be incorporated into the welcome fair much
better […] giving a bigger pull factor.”

When asked what makes him a unique candidate for President, he said: “I came to university wanting to be a bit more extrovert and a bit more confident in myself and also to make a change […] it’s an accumulation of all the problems I’ve experienced and the people around me have experienced during the three years and I do believe that I can change it.”

Louis doesn’t have a slogan but believes that “voting does matter. Vote on the manifesto, don’t vote on the people.” Liv Narayan is a third-year English student. She is currently the President of English Society and is running to be the next SU President.

Liv’s manifesto is made up of four points, shortened to C.L.U.E. to fit her Clueless theme. The C stands for Care, where she intends to “increase the funding towards welfare services and make them more accessible to students”.

In order to assist those that are struggling, Liv plans to “sign post” the welfare services to encourage involvement. Liv has also proposed the idea of an “anonymous google document” where people can privately ask what they want about the welfare services.

The L in Liv’s C.L.U.E stands for Lenton. Liv endeavours to make Lenton a safer community by “making a change that is more immediate and organising meetings with the police and acting as a voice for students”.

Liv is prioritising Nottingham as a student city, proposing that there should be more “policing on Wednesday and Friday nights” when students may be walking about alone.

The next point in Liv’s manifesto is the emphasis on society and JCR committees, where the U stands for ‘Us’. Liv is aiming to implement a rewards scheme that recognises the hard work of these committees by bringing back the Gold Rewards Card, but on paper in order to fit the “environmental initiatives”.

Liv’s E stands for Election and this is where she is striving to retain the “student voice” once elections are over. Liv is also looking to “increase the visibility” of the SU officers by “having them around in freshers week” and helping people move in.

In keeping with her theme, Liv’s slogan is “this girl’s not clueless”. She is looking to “make a change” and is ready to “get her name out there and make people as excited about her manifesto” as she is. 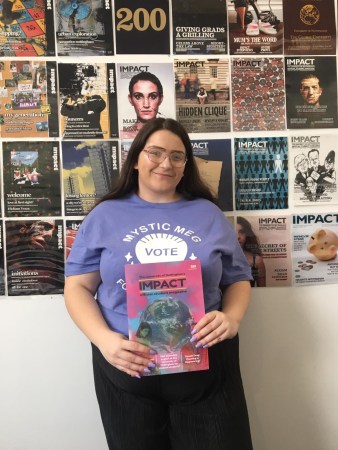 Meg’s first manifesto point is ‘Campus Unity’, which she intends to fulfil by ‘’integrating all three campuses by working with JCR’s and Societies to put bigger events on, so that people are more likely to go to all campuses and not just UP’’.

Meg expressed her second manifesto point ‘Well-being and Welfare’ as that which she would most like to implement, stating ‘’welfare needs to be at the forefront of change for all students’’ as ‘’the welfare and wellbeing of our students should be the most important thing’’.

She continued with her plans to ‘’introduce mental health first aid training’’, essential for ‘’at least one committee member on every single committee’’.

Meg also said she would ‘’continue to look into the misconduct of bouncers in nightclubs’’, and ‘’promote the studio and welcome zone as chill-out zones on campus alternative to the library’’ as well as ‘’putting kettles and microwaves in communal areas’’.

Meg’s final point ‘Rewards and Recognition’ refers to the acknowledgement of student achievements by ‘’[creating] a rewards system to reward every single person in the SU, not just societies and SRS’’, adding that she ‘’wants to introduce a Society/ SRS of the month award’’.

Meg plans to ‘’continue to use the SU social media as well as URN, NSTV and Impact to promote the work of students as much as possible’’.

Megan’s campaign theme is ‘Mystic Meg’, with her song being ‘’’Never Had A Friend Like Me’ from Aladdin’’, altered to fit with her slogan #NeverHadAPresLikeMe.

Meg concluded ‘’Win or lose, it’s going to be one of the most exciting weeks of my life’’.

Osaze Odiase is the final candidate running for SU President. Osaze did not attend the Media Day. You can read his manifesto here.

To read the manifestos for your Presidential candidates, head to the Student Leader Elections website.