During our Students’ Union Elections Media Day on Thursday 28th February, we chatted to the candidates who are running to be elected as your International Officer for the 2019-20 academic year. Take a look at what they had to say. 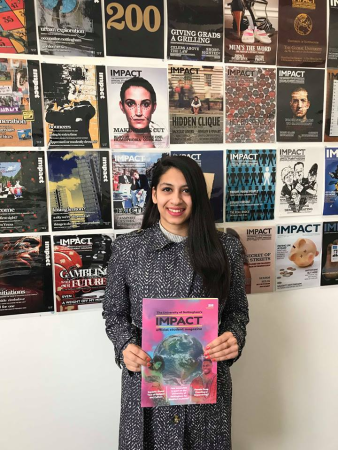 Vedica Mishra is an international student studying Psychology and is in her second year, running for International Officer.

She believes in creating role awareness because there are still people who don’t know what the International Officer does and the importance of their role. Ways in which she would like to improve this is by increasing social media presence and providing more programmes for International students. Most importantly Vedica wants to reach a variety of international students.

One thing that Vedica would like to achieve would be introducing more scholarship opportunities because there are many deserving and talented international students who she thinks need incentives like scholarships to further their opportunities.

Vedica stated that “The University of Nottingham feels like home to me and I want all the other International students here to feel the same. I want to make their journey here a meaningful and fun – filled one.” 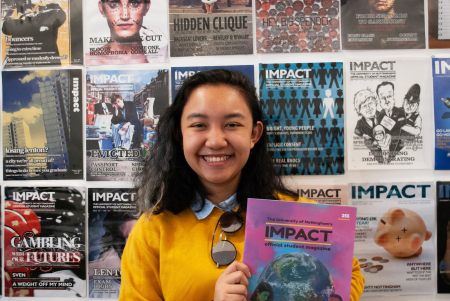 When asked about which manifesto point she’d most like to achieve, she said “the one that I really want to achieve this year would probably be more affordable storage space for international students”. She explains “It sounds really mundane, but it has huge financial impact, as well as stress for the students…[International Students] have to make a trade off – do I bring things I want, or just the necessities. I can’t be as comfortable at uni as I am at home.”

With so much competition for students’ attention, she addressed how she plans to raise awareness for the Crisis Fund run by the Finance Office to cover students in tight financial situations. She expands, “students do not know enough about it … What we can do is send out monthly letters, like ‘Are you in a tight spot right now? This is what can help you’”. She also cites Jubilee as a problem area, given its high percentage of international students and apparent lack of connection with main campus.

She further emphasised her concern with this disconnect: “It’s very difficult to integrate with British students, because they don’t really go to international events, and that’s something I want to change… We should celebrate our differences and celebrate our similarities as well”

Additionally, she aims to increase protection in student areas which “would require not only student union effort, but also the university and the local Nottingham council”. She then told a story of a local she spoke to who was burgled and her husband shot on Lenton Boulevard, emphasising “that’s where a lot of students live. I thinks it’s unacceptable for us all as students.”

Her slogan #homefromafar means “you make friends for life”, adding “most internationals I know live on campus and we want to make this place their home”. 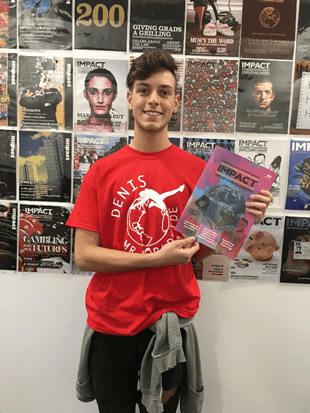 Denis Lelin (Mr Worldwide) is running to be your International Students Officer this year.

Denis also wants to improve the support services for international students, to make them feel “more at home.” He wants to make sure students can get accommodation outside of halls with their friends, regardless of whether they have a UK-based guarantor, so they don’t have to pay the full fee in advance. He proposes that the SU should take on the role of guarantor, and adds that ‘getting good private accommodation is hard enough as it is for international students, without this extra financial burden.’

Denis also wants to increase the amount of culturally orientated events and make sure they are prioritized by the SU, make the idea of having a great international environment more prominent in the university profile, and work towards making the International Officer role a full-time job to intensify its efficiency.

Denis has no slogan, but has chosen to call himself ‘Mr Worldwide.’ Having lived in three different countries (Russia, Denmark, and now England) and having a passion for dancing and music, he feels that the name incorporates both of these things. He believes the name singles him out as a candidate.

He has greatly enjoyed the campaign so far, adding, “you don’t realise how willing people are to help you until it starts. Everyone tells you how proud they are of you and what you’re doing”. He feels that even if he doesn’t get the role, the support he has had and his motivation to make the University a better place have both been “greatly encouraging” and fulfilling.

Seth Ka-Ncube is the final candidate running to be your International Officer. Ka-Ncube did not attend the Media Day, however, you can read his manifesto here – Student Leader Elections website.

To read the manifestos for your Environmental and Social Justice candidates, head to the Student Leader Elections website.