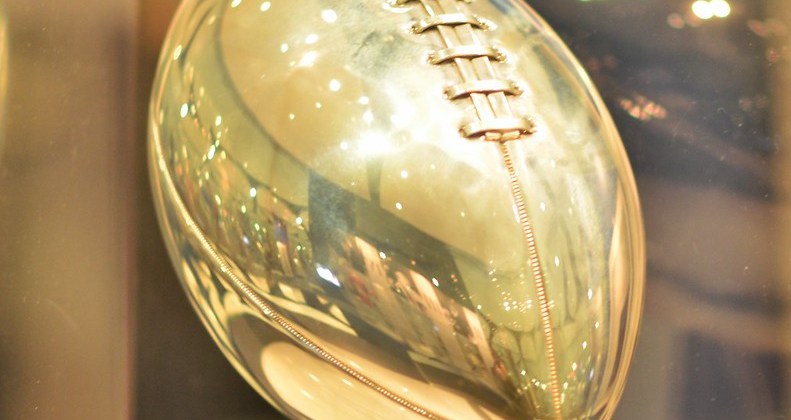 Ever stayed up to watch the Super Bowl and wondered what to look out for? Here’s all you need to know.

They meet a Rams team loaded with talent at every position. After making some bold personnel changes last off-season, head coach Sean McVay’s turnaround is complete as he looks to become the youngest head coach to win the Super Bowl at the age of 33. Since taking over a hapless LA side, McVay has won 75% of his games, leading the Rams to successive NFC West titles.

Several of the signings were not without controversy. Peters, despite emerging as one of the best corners in the league for the Kansas City Chiefs, was reportedly a problem in the locker room with disciplinary issues, prompting the Chiefs to move on from the two-time Pro Bowler. It was unclear whether his off-field issues would be a detriment to the team despite his undoubted talent.

The same could be said for Suh who, despite emerging as a premier pass rusher, has seen his career riddled with controversy. One of the NFL’s most hated players, he is infamous for dirty plays, most notably in 2014 when he was suspended for stamping on the leg of Green Bay Packers quarterback Aaron Rodgers.

With Cooks and Talib also known to be difficult to coach, it seemed like adding all of those egos to the locker room would prove brilliant or disastrous.

However, the new acquisitions have been mostly successful. Although Peters has struggled, Cooks caught 80 passes for 1204 yards, and Suh’s presence has allowed teammate Aaron Donald to enjoy the best season of his career. The Rams are ready, and want to bring the first Super Bowl to LA since 1984.

Brady, meanwhile, will play in his record-breaking ninth Super Bowl and, at 41, he will become oldest quarterback to ever play in the marquee matchup. By contrast, Rams quarterback Jared Goff, 24, is 17 years younger than Brady – the largest ever age gap between starting quarterbacks in the Super Bowl.

Both teams are well-coached, and well-balanced, with several key positional matchups that could ultimately decide who lifts the Lombardi Trophy.

Here are a few to look out for:

Since signing a $135 million contract before the season, defensive tackle Donald has had an historic season. Last year’s Defensive Player of the Year has been even better this season, leading the NFL with 20.5 sacks; unprecedented numbers for an interior lineman.

Alongside Suh and Michael Brockers, who have impressed this season, this intimidating defensive front will have to disrupt Brady.

But the Patriots’ offensive line has been phenomenal during the playoffs so far. Flawless even. Brady hasn’t been sacked once despite facing impressive pass rushers like Dee Ford and Chris Jones of the Chiefs, as well as Joey Bosa and Melvin Ingram of the LA Chargers.

Nevertheless, one play can make a huge difference. In last year’s Super Bowl, Brandon Graham’s strip-sack of Brady all but sealed the game, and the championship for the Philadelphia Eagles. Therefore the Rams’ defensive line vs Brady will be a crucial matchup.

A former Patriot, Cooks was traded to LA in the off-season for a first-round draft pick and the fifth-year wideout has posted stellar numbers, establishing himself as the Rams’ number one option in their passing attack.

In the NFC Championship game against the New Orleans Saints, Cooks made some key catches that helped LA keep the ball and move downfield, with seven catches for 107 yards.

He will likely be covered by former teammate Gilmore, who has quietly been one of the league’s best corners this year. The first-team All-Pro will have to lock down Cooks if New England are to successfully stall the Rams’ passing game. The Patriots secondary will also have to stop Robert Woods, another of Goff’s favourite targets, who also registered a 1000-yard season.

It’s well documented that Belichick likes to take away his opponent’s best weapon, so surely he will make his best efforts to contain the Rams’ best offensive player in Gurley.

The running back’s health has been an issue during the play-off run with a left knee injury restricting him but with two weeks of rest, he’s been given the all-clear.

Gurley had almost had 2000 yards from scrimmage this season, and his total of 21 touchdowns led the NFL.

Will the Patriots be able to contain the largest part of the Rams’ offence?

LA’s secondary has been their Achilles heel this season, which is surprising considering the trades for Talib and Peters. Before the season, some projected the Rams to have the best cornerback duo in the NFL but Peters’ inconsistent form, combined with Talib’s ankle injury which sidelined him for half of the season, have prevented this from coming to fruition.

When healthy, the Rams are a different team when Talib is playing. The former Super Bowl champion with the Denver Broncos will be tasked with shutting down the likes of Julian Edelman.

But Peters could also be a factor. Despite his troubles this season, he has a knack for making big plays. Brady has been effective this post-season, but he hasn’t been perfect, throwing two interceptions against the Chiefs, with a third cancelled out by a penalty. Keep an eye on Peters to make at least one play that impacts this game’s outcome.

All things considered, there are more question marks surrounding the Rams. How will Goff will perform in his first Super Bowl? Maybe he’ll rise to the occasion but more than often great quarterbacks like Peyton Manning (Indianapolis Colts and Denver Broncos) and Dan Marino (Miami Dolphins), both Hall of Famers, come up short on the big stage. The lights can be too bright, especially when you’re facing the most successful quarterback ever.

On the other hand, New England have been here before. Brady is playing in his ninth Super Bowl, having already won five, more than any other quarterback in history. It’s impossible to pick against Brady and Belichick, who have led the Patriots to an incredible 18-year dynasty, and show little signs of slowing down.

I don’t see this being as closely-fought as previous years, like last year’s thrilling battle between the Patriots and the Eagles, which saw the Eagles win their first Super Bowl. I’m betting on the Patriots redeeming themselves this year.

Whatever happens, one thing’s for sure: history will be made this Sunday.

Where will you be watching this year’s Super Bowl? The University American Football team will be hosting a viewing party at Shooters, for anyone interested in attending.

Featured image courtesy of Erik Drost via Flikr. No changes were made to this image. Image license found here.

Revealed: The Truth About Studying Abroad