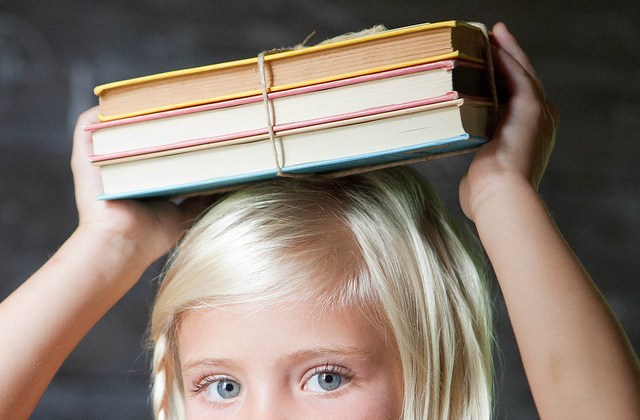 Watching Channel 4’s Child Genius will guarantee you three things: an unhealthy obsession with Richard Osman, a record-breaking blow to your self-esteem and enough drama to permit a year’s hiatus of TOWIE.

In its sixth season, the show has excelled in its provisions and – while Richard will never lose his charm – this has mainly been due to a plethora of Twitter-storm inducing controversies. It is widely known that reality TV needs a formula of heavy competition, eccentric characters, tears and walk-outs to make it big, however, how far is too far when children are involved?

This year, heated debates have covered classic cheating disputes and an inventive range of parental metaphors (tiger and helicopter parents to name just two), making it all too easy to forget the contestants themselves. However, this wasn’t always the case: child psychologist Professor Joan Freeman claims she resigned from the show in 2013 due to the direction that it was going in. In interview, she stated that “the program used to be a really interesting insight into the characters and lives of children who are highly intelligent.”

“a highly competitive, prize-focused battle of the brains”

Since then, the focus has shifted to resemble Who Wants To Be A Millionaire? on steroids. Under the guise of high intellectualism and academics is a highly competitive, prize-focused battle of the brains, with 8-12 year-olds answering PhD-level questions under the observation of top university graduates and parents and carers in the audience. With this in mind, to say that the title of Child Genius is ironic would be an understatement. In a competition so heavily dominated by adult questions, adult questioners and adult mentors, there does not seem to be much childhood preserved in its values.

The irony of the show’s title does not stop at ‘child’. According to the Oxford English Dictionary, genius is “exceptional intellectual or creative power or other natural ability.” But where is the intellectual thought in listing off 100 consecutive flags? Where is the creative power in adding an avalanche of meaningless numbers? And where is the natural ability in a military-style training regimen of over twelve hours a day to memorise a list of spellings?

Such hypocrisy is culminated in Simon Coyle’s (co-founder of charity The Brilliant Club) branding of the show as a “missed opportunity”. “It doesn’t test the children on breaking creative ground, which is where genius lies”. Measuring genius by “cognitive recall abilities” is a modern development, yet it is not necessarily correct. Take Mozart, who was composing from the age of five. While he may not have known the Latin spelling for the blackfin barracuda, he is historically regarded as the most prominent child prodigy of his time – not to mention his musical genius in adulthood. From this perspective, the burden placed on Child Genius contestants through memory recall requirements and quick-fire buzzers appears not only unmerited, but cruel. Maybe producers should consider renaming the show altogether to the rather less snappy title of ‘Maths and Memory Competition for 8-12 year-olds’.

Channel 4 is a commercial business that relies on high viewing rates to profit from its advertising. Child Genius’ deviation from its title could therefore easily be put down to a need for entertainment value. However, there is arguably a second, more devious culprit behind the show’s design faults – the British education system. Since the introduction of the new GCSE and A-Level courses, the country has been in the clutches of an exam epidemic, justified by Michael Gove as a positive development that will “prepare young people better for the demands of employment and further study”.

However, it is debatable whether these reforms are closer to reflecting the world of work or the world of game-shows. Coursework has been phased out, assessment has been bunched into one intensive period, and the volume of information to memorise has increased. The result: a pass-or-fail mentality that expects students to retain an unrealistic quantity of facts in a high-pressure environment, taking no account of the two years of work running up to the final event. I wonder how Mozart would have fared?

“propaganda for the biased education system of an entire generation”

A metaphorical epidemic of exams has triggered a physical outbreak among young people. In a recent article, The Guardian reported widespread ‘Mathematics Anxiety’, with one of its key causes being “test pressures”. The condition is characterised by extreme stress that affects students’ performance in maths and has led to the proportion of adults with functional maths skills to drop by 4% between 2003 and 2011. Considering this national crisis, Child Genius’ chosen measurement of academic potential takes a sinister turn, becoming propaganda for the biased education system of an entire generation.

Much like Who Wants to be a Millionaire, Child Genius contestants are competing for the prestigious title role – however, in place of a somewhat motivating cash prize is a trophy near the size of the child itself. The show’s obsession with ‘victory’ is evident in its noticeably frequent appearance throughout the episodes. The only thing more disturbing than the unhealthy competition this encourages among the children is the fact that the word is most predominantly used by their parents. With Uncle Amran’s declaration that “my victory in this competition would be if she wins” and Gar-Jun’s prescribed three-minute study breaks, it seems that another symptom of the show is the assumption that academic excellence requires ‘extreme parenting’.

Perhaps the greatest irony of the show then is it’s 2019 winner, Nishi. In an interview, her father claimed “we’re the ones telling her to put her books down. We have to say, ‘You’ve spent enough time on your homework, come and watch TV with us’”. In a polar flip on planet Child Genius, Nishi’s drive surpasses that of her parents. Her passion for learning appears to be almost entirely natural- a quality intrinsic to the elusive label of ‘genius’. Nishi needed Child Genius to be pushed, and she thrived. With this in mind, along with its symptoms and epidemics, the show can also be a cure: not for the minority of children plagued by pushy-parents but for restless minds whose intellectual flair isn’t recognised, facilitated or stretched at home or in school.

A style guide to your university lecturers