Can UoN stop Trent from reclaiming the point? 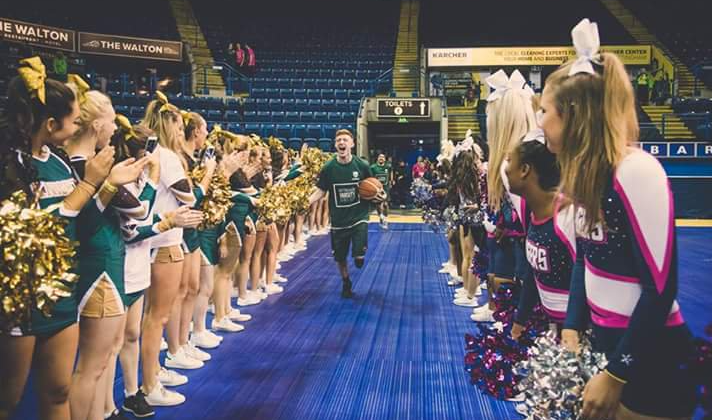 The Varsity basketball match is set to tip off at the Motorpoint Arena on the 29th of March, but how have both sides fared coming into the big game?

It has been an inconsistent season for both teams’ squads in the BUCS leagues, with UoN’s women’s 1st team finishing top of the Midlands 1A league with 8 wins and only 1 defeat. Their form this season is certainly optimistic looking towards the Varsity match, especially considering the final position of their rivals. The Trent women’s 1st team plays in the division above in the Premier North division, yet they finished bottom of the league. The two sides will swap divisions next season, but in terms of Varsity, this is guaranteed to be a tight encounter.

#NottsVarsity | There's just over two weeks to go until the #GreenandGold take on @NTUSport at Varsity Basketball!

Haven't got your tickets yet? ?

Get yours now at https://t.co/pFpcaCx1qP before they sell out ?? pic.twitter.com/ku6L1rHRju

Speaking with University of Nottingham women’s basketball scholar Fran, she said ‘it should be a very interesting game’ and added that ‘we definitely have what it takes to win’.

The women’s 2nd team also had a prolific season, winning the Midlands 4B division, again showing the considerable improvement the University is making year on year.

The University of Nottingham men’s 1st team endured a more difficult season in the Premier North division finishing 6th, yet have carried an impressive win record against Trent, beating them twice. The green and golds played in the division above Trent, but haven’t managed to maintain a steady run of form.

‘Both sides are reasonably matched, but with a big crowd of support behind them the balance could tip either way.’

As Joshua Smith, the men’s vice-captain stated, ‘the season has been up and down’ and he put this down to fact that ‘the pressure can get to people sometimes’. Nottingham Trent men’s 1st team finished 3rd in the Midlands 1A division, struggling like the green and golds to find form at times. However, this blows the Varsity match wide open; it is there for either side to grasp. The green and golds will especially remember last year’s 64-58 defeat at the Motorpoint Arena, and know they cannot turn up without putting 100% effort into their performance.

I could carry on talking about form all day long and what that could mean for this year’s big game, but ultimately Varsity is Varsity and anything can happen, especially with the added pressure. Both sides are reasonably matched, but with a big crowd of support behind them the balance could tip either way. The stage is certainly set for a tantalising encounter in both the women’s and men’s games, so if you haven’t already, grab a ticket whilst you can and head over to support the green and golds next Friday.