Jack takes a look at the recently released trailer for 'Stranger Things', Season 3. 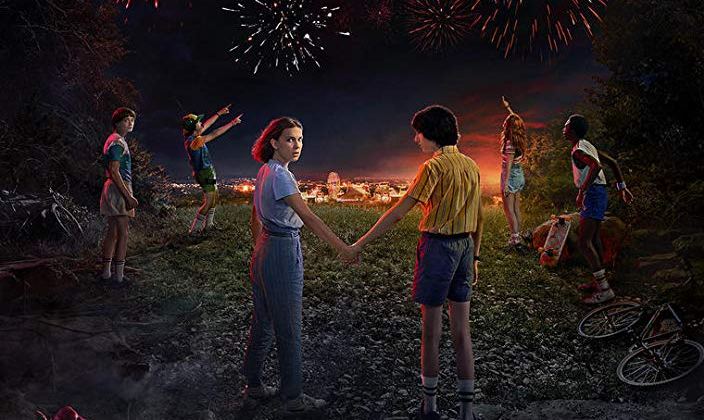 A fantastic week for Netflix fans, this week saw the release of the much anticipated trailer for Stranger Things 3. With all our favourite characters back for another season of a brilliant show, we can’t wait to see what season 3 has in store. Impact’s Jack took a look at the ins and outs of the brilliant trailer to see what we can expect from the upcoming season this May.

October 27th 2017. That’s a year and five months since Stranger Things 2 hit Netflix. By the time season 3 premieres on July 4th it’ll have been a year and nine months.

One could be forgiven for worrying it’s been too long. That Stranger Things has lost it’s touch. That the world has moved o-

OH MY GOD ELEVEN IS BEING A NORMAL TEENAGER!

OH MY GOD SHE AND MAX ARE BEST FRIENDS – SLEEPOVERS! ICE CREAM!

OH MY GOD STEVE IS MOM OF THE F*CKING YEAR AGAIN!

OH MY GOD LUCAS’ SCENE-STEALING SISTER DOING A DIE HARD THROUGH THE VENTS!

OH MY GOD IT’S THE MONSTER FROM JOHN CARPENTER’S THE THING!

You know that favourite thing you had as a kid – a book or movie or game – that you grow out of and forget about, but then one day while rummaging through the loft you find it and nostalgia hits you like a brick to the chest?

That’s this trailer in a nutshell. 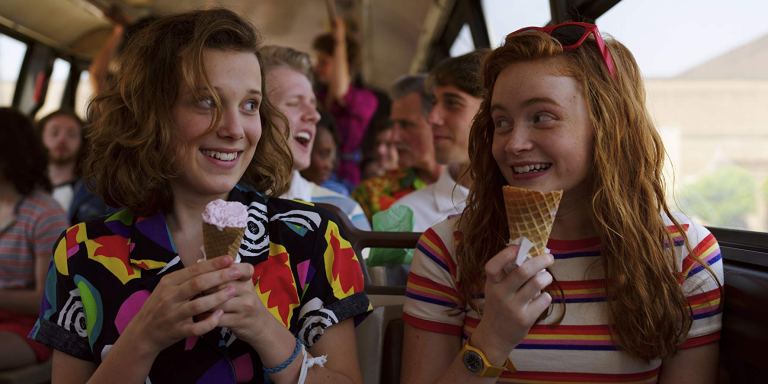 Appropriate too, considering the emphasis on the kids growing up (it looks like Finn Wolfhard had an accident with a taffy-puller). Some of our group are moving on, and some are being left behind (leave Will alone! Let the poor boy rest!).

This emphasis on the characters shows that series creators the Duffer Brothers know why their show appeals to people: it’s not the monsters (though it looks like Netflix has upped their budget, going by the lightning explosions, swarms of rats, and that transforming demon-spawn at the end) but the characters. The trailer’s focus is on the kids having fun – pranks and special Star Wars handshakes and building an antenna in the middle of a field (OK, that last one’s a little weird – are they contacting the Upside Down?)

“How can this show make you nostalgic for a time you never knew?”

And the colour! After two seasons stuck in the gloom of winter and fall, Stranger Things 3 is set in what they’ve branded ‘The Summer of Love’, a fever-dream whirl of mall-sign neon, carnival lights and fireworks.

(P.S. you’d better not move, Joyce, I’ve been waiting for you to hook up with Hopper for three years)

AND THE MUSIC! How can this show make you nostalgic for a time you never knew? How do the tiniest details get to me, like Dustin spraying Lucas with Steve’s secret hairspray from season 2, or Eleven wearing Hopper’s god-awful floral shirts and his late daughter’s hair-tie, or her and Mike holding hands as they walk up a hill?

“I can’t wait to see the people they’ll become.”

So yes, there’s lots of weird stuff in this trailer – a creepy, grinning reporter named Bruce (after the shark from Jaws?), neighbourhood psychopath Billy suffering from some kind of infection, red lightning on the beach and a disappearing lifeguard (I smell another #justiceforbarb situation). And yes, that nightmare-fuel monster at the end (Billy? Is that you come the finale? We looking at a Henry Bowers from It situation here?) will undoubtedly be a problem.

But that doesn’t matter. The townsfolk angry at the mayor over the new Starcourt Mall don’t matter. Right now, I’m just glad to see these characters again. They’re growing up, and I can’t wait to see the people they’ll become.

Featured Image and article images courtesy of Netflix and 21 Laps Entertainment via IMDb. No changes have been made to these images.