Ben takes a look at the trailer of Tarantino's latest film: 'Once Upon a Time in Hollywood'.

Quentin Tarantino will forever be known as one of Hollywood’s most iconic directors. His movies have been enshrined into cult legend, yet this year’s Once Upon a Time in Hollywood has the potential to rival his very best works.

Hailed as a black comedy crime film written and directed by Tarantino, the film is set in 1969 Los Angeles, around the time of the Charles Manson murders. Starring Leonardo DiCaprio, Brad Pitt and Margot Robbie, Once Upon a Time in Hollywood narrates the story of television actor Rick Dalton and his stunt double Cliff Booth, as they attempt to break into the film industry.

DiCaprio plays Rick Dalton, an actor who starred in a Western television series for six years, who is struggling to transition from television to movies. Dalton is subsequently also the neighbour of Sharon Tate and is loosely based on actor Burt Reynolds. Whilst Brad Pitt plays Clint Booth, Dalton’s stunt double, it has been Margot Robbie’s casting as the iconic Sharon Tate that has been the most talked about on social media. Tate was a pregnant actress married to director Roman Polanski before being murdered in her home by followers of Charles Manson.

The first trailer for the movie has recently dropped, enabling eager watchers the chance to glimpse exactly what is to be expected. However, opening with a black-and-white classic 1960s interview scene featuring DiCaprio and Pitt, the trailer in reality offers us little information that we previously didn’t already know.

Whilst the story surrounding the Manson murders will be a prevalent theme to the film, it looks clear that Once Upon a Time in Hollywood will be mainly focused towards the relationship between Dalton and Booth. Their chemistry and humour shine within the short trailer, and their interaction with the Hollywood big-leagues looks to be fascinating.

Margot Robbie has seemingly perfected the role of Sharon Tate, dancing and exiting a swimming pool in glamorous fashion, whilst the trailer ends with Danton being moved to tears by a compliment from a young girl.

Set during the height of the hippie-era, sweeping shots of freedom, peace and love contrast a dynamic scene in which Marvel Inhumans star Mike Moh, who looks captivating playing Bruce Lee, is rehearsing a stunt scene with the two leading actors.

In typical fashion, Tarantino’s fancy for humour is injected into the trailer with snappy remarks from Pitt and DiCaprio, who, with Margot Robbie, have roles perfectly tailored to their acting credentials. However, what seems to be a simple offering from Tarantino is, in reality, something much darker.

“Subtler, as yet unconsidered moments in the trailer highlight the importance of Tarantino’s mind.”

Not everyone can think like Tarantino. If that were the case, the world would be a very confused and messed-up society. However, we are lucky to have him still directing. Subtler, as yet unconsidered moments in the trailer highlight the importance of Tarantino’s mind.

Take the trailer’s music choice for instance. Whilst Straight Shooter by The Mamas and the Papas sets the sunny tone for a sweeping, hippie-infused dose of 1960’s Hollywood, not many will know that the sheet music for the track was actually found mere feet away from Sharon Tate’s dead body when investigators were called to her house in August 1969. The darkness of that fact balances perfectly with the youthful exuberance of the trailer, which takes time to pan to two members of the Manson family as well. 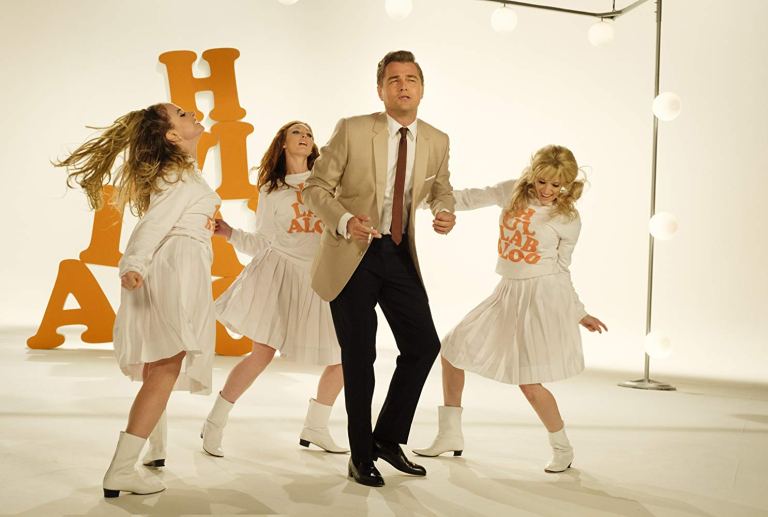 Based at the end of 1960’s Hollywood, Tarantino has an inviting period of time to narrate and manoeuvre within, which gives the acclaimed director a great opportunity to produce one of his best works to date. Ever since Tarantino announced the film, hype and speculation surrounding Once Upon a Time in Hollywood has skyrocketed, making it one of the most hotly-anticipated releases of 2019. The finished product of classic movies Reservoir Dogs and Pulp Fiction highlights Tarantino’s ability to inject class, style, and culture, into classically violent and bloody works.

“[T]he film … looks to be an entrancing prospect as we await more information in the coming months.

With a release date in the UK of August 14, the film coincides with the 50th anniversary of the Manson family murders, almost to the day, and looks to be an entrancing prospect as we await more information in the coming months.

Featured Image and article images courtesy of Heyday Films via IMDb. No changes have been made to these images.