Our Attraction to Horror Movies 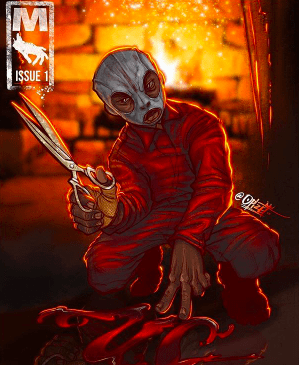 From being forced to watch both versions of The Woman in Black during my GCSE’s and spending the greater part of them hidden behind my coat, I started to wonder how my peers could take enjoyment from what I thought to be such a tortuous activity. The idea that people will eagerly pay to watch murderers and monsters slashing their way through their screen for two hours tends to puzzle those of us that squirm at the thought, yet the widespread appeal of horror films is undeniable. With horrors in recent years breaking records at the box office, namely the 2017 remake of It for the largest grossing R rated horror of all time (approx. $300 million), it brings to mind the question – why are we so drawn to scary films?

“For many, watching scary films can provide a means of catharsis”

Research into our morbid attraction to watching the likes of Freddy Krueger terrorise teenager’s lives in The Nightmare on Elm Street has posed multiple explanations as to why we enjoy horror so much. For many, watching scary films can provide a means of catharsis, in that it helps to release pent up emotions in a controlled environment. This purging of emotions can appeal to us as humans in the sense of emotional relief, allowing us to embrace the exhilaration during the film and afterwards leaving us cleansed of any negative emotions.

Even Stephen King, author and expert in the field of horror agreed saying, “It may be that horror movies provide psychic relief on this level because this invitation to lapse into simplicity, irrationality and even outright madness is extended so rarely. We are told we may allow our emotions free rein . . . or no rein at all.” Unsurprisingly though, the opposite can be said for those who avoid horrors like the plague, left with only an unnerving sense of unease for the days following the dreaded horror viewing.

Of course, people watch scary films to be scared. This ‘sensation seeking’ behaviour gives us a thrill, similar to that of the extreme rollercoasters that attract adrenaline junkies. Knowing there is no real danger involved makes the thrill even more pleasurable, being able to test our limits in a safe environment. The reason we can mentally cope with the fear we experience in horrors can be put to the lack of realism they hold. Watching a horror allows people to create a sense of detachment from themselves and the violence, a sort of subconscious reassurance that what we are watching is not real.

When conducting research on disgust, Haidt, McCauley and Rozin presented students with a series of real-life horror videos involving a live monkey’s head being struck with a hammer and serving the brains as dessert – pleasant, I know. As one can imagine, most of the students were so repulsed that they turned the video off before it finished. Yet somehow many of these same students will find themselves, without question, paying to see a scary movie with even worse acts than the aforementioned.

So, how do we manage to feel the slightest bit comfortable with seeing these horrifying acts on the big screen? Many psychologists do believe that it is this sense of detachment and psychological distance that allows us to mentally cope with what we witness. The power of this psychological distance allows people to take full enjoyment in these films, safe in the knowledge that it when the credits roll, the horror is over.

“Us has clear political relevancy, with themes mirroring the complex racial issues in the USA.”

Recent releases falling under the genre such as Jordan Peele’s Us have brought a fresh take on horror, adding new dimensions to the classic scenes we imagine of an innocent civilian being chased with a sharp object, or in this case, scissors. Centring around a family on a trip to Santa Cruz, the Wilson family are confronted with a doppelgänger family of themselves, resulting in a fight for their survival. Despite being open to interpretation in its underlying messages, Us has clear political relevancy, with themes mirroring the complex racial issues in the USA.

In light of this, we are often attracted to horrors as they are able to articulate relevant issues and the fears that genuinely scare us. Our fears are often socially constructed, so watching a scary film that manages to voice these fears fascinates us. With this in mind, films such as this may have added a new depth to horror films and have undoubtedly drawn more people, myself included, to the genre. Still, there is no exhaustive set of reasons for why people choose to watch horrors and despite their disturbing and continually shocking storylines, I have no doubt that the genre will continue to rise in its success.

Things You Can’t Get Away with Post-Graduation