Dot To Dot Festival landed in Nottingham on Sunday 26th May for the last leg of the festival, having been to Manchester and Bristol for the May Bank Holiday. Since I reviewed the festival last year and was blown away, I had high expectations for the day ahead, and I was not left disappointed.

“Nottingham is ‘the best city in the fucking world for music”

The beauty of Dot To Dot is the sheer variety it offers. Featuring over 200 acts from near and far, the festival celebrates huge musical talent in a wide range of genres. It also gives festival-goers the chance to explore Nottingham’s best and brightest venues, from Rock City to Jam Café and everything in between. To kick off the day in style I headed to Rock City’s BETA (downstairs room) to catch The Mocking Jays. Having watched this Nottingham pop-rock five-piece perform at The Angel Microbrewery last year, this location was definitely a step-up for the band. Their high energy and catchy tunes like ‘Kiss My Neck’ were greeted with enthusiasm by the crowd. Towards the end of the set lead singer Jay exclaimed Nottingham is ‘the best city in the fucking world for music’, and I must say that after living in Nottingham as a student for three years, I agree with him. 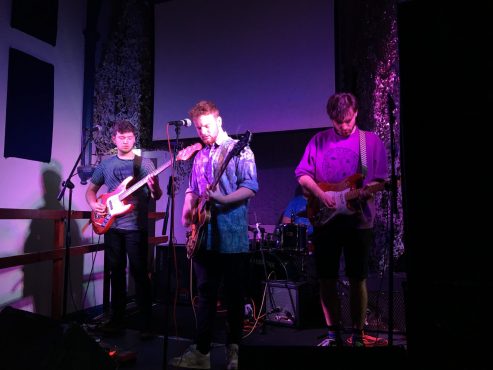 “Their track ‘Thunderbolt’ was a particular standout for me, reminiscent of old-school Arctic Monkeys.”

Next, I walked across the city centre to reach The Angel Microbrewery in Hockley in order to see indie quartet Saints Bay, four students from the University of Nottingham. Performing original tracks like ‘Pier 39’ as well as covering The Strokes’ ‘Reptilia’, the band’s modest charm got the audience enjoying themselves. Their track ‘Thunderbolt’ was a particular standout for me, reminiscent of old-school Arctic Monkeys. After popping into Jam Café and Suede and making a quick food stop, I returned to Rock City’s main stage to catch King No-One. With crowd-pleasers like ‘Alcatraz’ and ‘Two Islands’, the band got fans singing, dancing and moshing. Frontman Zach expressed a message of equality, stating that the name King No-One ‘means nobody’s king’ and immersed himself into the crowd in what was a very memorable performance.

“Nottingham’s spectators received lots of love throughout the day, with lead singer Sean claiming that this was ‘the best crowd of Dot To Dot by far’”

The act I was most excited to see where The Night Café, an indie band from Liverpool. Gracing Rock City’s main stage also, they created a great atmosphere and delivered my favourite set of the day. Playing new singles ‘Endless Lovers’ and ‘Please’, the band made promises of an upcoming debut album named 0151, which is assured to be well-received judging by the crowd’s reaction. Nottingham’s spectators received lots of love throughout the day, with lead singer Sean claiming that this was ‘the best crowd of Dot To Dot by far’. 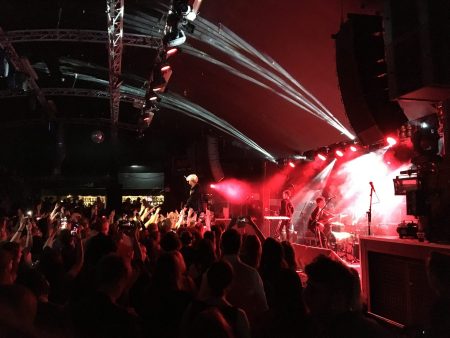 Stealth’s silent disco provided a haven of flashing lights, singing people and of course, headphones. Running all day and night from 2pm to 3am, the two battling DJs delivered bangers in all kinds of genres, including pop, soul, techno and reggae. The silent disco was an invaluable alternative to the live music offered.

“Akin to the sound of Years and Years, Dylan showed off his fantastic vocal range from low and gritty to high falsetto”

The biggest surprise of the festival for me was ELM. After heading into BETA again for a much-needed sit-down, the pop quartet from Dublin delighted the growing audience with tunes like ‘Fire’. Akin to the sound of Years and Years, Dylan showed off his fantastic vocal range from low and gritty to high falsetto. He stated that it was their first ever time in the UK, and to the band’s astonishment, the crowd demanded an encore.

Swim Deep was another highly-anticipated act of the day. Formed in Birmingham in 2011, the rock band have enjoyed success with albums Where The Heaven Are We and Mothers. After taking a break from the music scene, they made a strong return in what was their ‘favourite gig since 2015’, with frontman Ozzy jumping around amongst the audience. 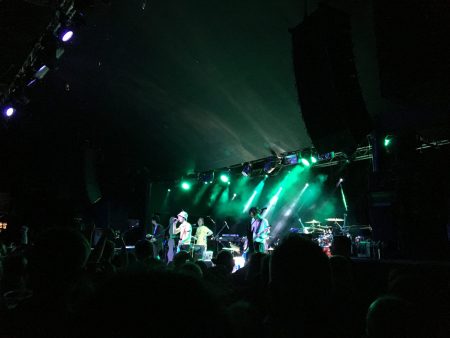 Last but certainly not least, another highlight of the day for me was Jordan Rakei’s performance at Nottingham Trent Students’ Union. Taking to the stage solo with just his voice, some synth and a loop pedal, Rakei captivated the crowd with his stunning vocals. He was shortly joined onstage by the rest of his band, delivering both old and new tunes including ‘Say Something’ and ‘Mind’s Eye’. Juggling multiple instruments whilst maintaining flawless vocals proved Rakei to be a highly talented musician. 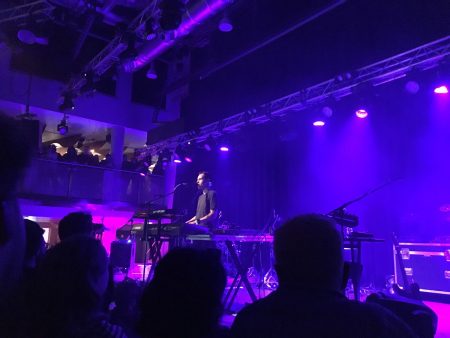 It was so refreshing to see people of all ages in Nottingham enjoying the music, attracting families, students and couples alike. After another unforgettable day at Dot To Dot, this weekend confirmed that music will be one of the things I miss most about Nottingham.