The Struggles of Making a Music Career

In March 2019, I self-released my second E.P. Bones. I’d been working on it for over a year in the background, playing songs at open-mic nights and the occasional paid gig. Despite that, I don’t consider myself a professional musician at all. It often looks that way on my Spotify and Facebook pages, but for me music is just a hobby. I’m not even sure I’d want to do it as a professional, even if I had the chance.

Like all creative industries, the music industry can be a tough place. Many musicians have that organic starting point with just them and a guitar making all the creative decisions and writing the songs. The reality is, if you want to take that to the next level, much of this freedom is taken away from you. Often, you become your own brand and suddenly, something that was once an escape becomes your main source of income.

I caught up with my friend Joe Barber, who is a promoter and musician currently studying for a masters in Social Research, hoping to continue and complete a PhD. He runs an open mic night every Thursday at The Johnson Arms, with a free drink for each performer.

He said he considered pursuing music as a career, but other things took his interest.

“Music is a very difficult thing to make a full-time living out of…it requires a ludicrous amount of commitment and sheer luck” he told me. Having heard Joe and my other musician friends perform, it’s often frustrating to see so much talent going unnoticed. That said, making it big time as a musician isn’t always the main goal. It’s not for Joe: “… as with most art forms, making a full-time living from it can take away the bulk of enjoyment and fun that drew you to it in the first place… performing music will likely always be a part of my life, but it will never be the main feature.”

Aiden Cranney, a second year chemistry student at UoN, faces the same dilemma. He’s a perfectionist, and so hasn’t released anything online yet (despite me nagging him to). His songs are catchy, honest, and get stuck in my head on the regular, but music is not his main focus. He plays the occasional open mic, helped out with the backing vocals on my last record and drums. He also drums in a newly-formed band ‘Fish-Foosh.’ For now though, his degree is his main goal. He has his heart set on a 1st, not signing a record deal. 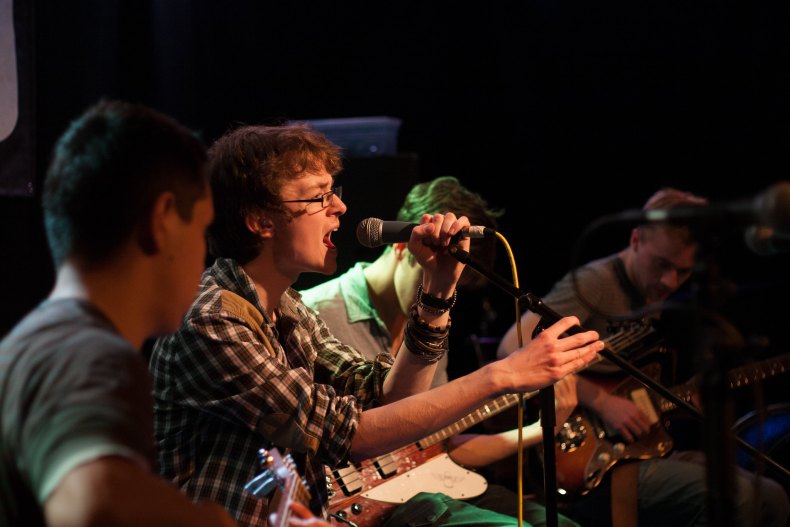 It’s the same story for many student musicians, especially those who study degrees in areas other than music. We’ll never stop making music, but maybe that’s why the goal isn’t really sold-out tours and No.1 albums. The reality of making music is that it’s tiring and expensive. Studio hours and equipment soon add up and, with yourself as your own boss, it’s all too easy to be self-critical. The music industry doesn’t really have time for people that aren’t 100% committed to their music, and I’m not sure I could ever leave behind my Geography degree, even if Universal or Parlophone came knocking at my door. And that’s only the pop-music industry; the classical world is even more cut-throat.

I, and most musicians I know, make music because we love it. Because we can’t resist picking up an instrument and putting into words everything that’s on our minds. It’s therapeutic, it’s exhausting, but it’s also extremely rewarding. Maybe one day the music industry can be a place for musicians to thrive but, at the moment, the cruel reality is that it’s a place where many musicians lose their passion. Sometimes when you love something, that’s enough; it doesn’t matter the amount of records or tickets you sell. Whatever career us part-time musicians pursue, our love for making music will always be there in the background, whether the audience is a sold out arena or the pub down the road.