The Greatest Stars of the Silver Screen – An Impact Scrapbook When somebody says “Movie-star” what do you think of? The glamorous celebrity? Or perhaps the hard-working thespian? Here at IMPACT we’ve asked our writers the very same question. And this is what they’ve come up with.

Keanu Reeves. That’s all I have to say really.

But here at IMPACT we have to stick to a word count or something, so I guess I have to justify why this guy is only the greatest movie-star to have ever lived. And I’m not exaggerating. The greatest. 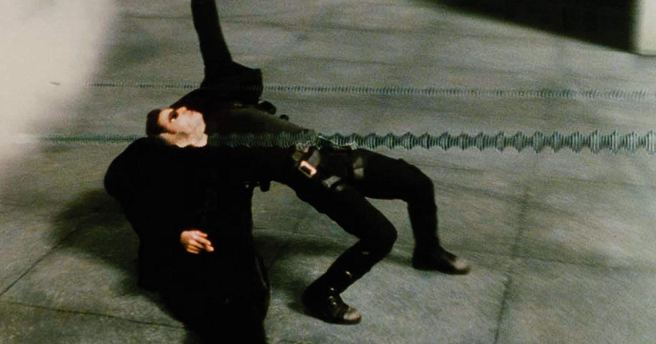 I guess a good place to start would be Keanu’s run in the ‘90s. After starring in a string of blockbusters –  Point Break, Speed and Bram Stoker’s Dracula to name a few – this man led the cast in arguably one of the greatest science-fiction films of all time. Of course I’m referring to the Wachowski’s 1999 game-changing masterpiece, The Matrix. A film so cemented in pop-culture that you can’t escape it’s influence in modern cinema. And more importantly (for the purposes of this article anyway) the film that carved out Keanu Reeves’ place in the history books.

Hell, even in the 2000’s his filmography – which was a bit hit and miss, I’ll level with you –  was still elevated by his inclusion. Name a performer that could have also elevated the material of Constantine (2005).

And now, as we hit the late 2010’s, Keanu’s stardom is reaching new heights. If the last three John Wick films have proven anything, it’s that Reeves stays dedicated to the physical requirements of his roles – even as he nears his mid-fifties. He’s also slated to appear in the highly anticipated Toy Story 4 and CD Projekt RED’s Cyberpunk 2077. This guy just oozes cool.

I had to put a lot of thought into who I was going to choose as my favourite actor. A billion ran through my head, their entire repertoires or even a single performance sticking in my mind as something amazing and worth re-watching.

But finally I came to a decision. Amy Adams is my favourite actor.

“Over the years, she has steadily been nominated for a plethora of awards, and it is only a matter of time before she finally wins her well-deserved Oscar.”

With two golden globes, six academy awards nominations, and seven BAFTA nominations (and more), Adams is an actress with incredible range and ability who has often gone unrecognised for her work. In recent years she has certainly been drawing more attention, but her earlier performances are equally as captivating and deserving of praise.

Her big break was in the Leonardo DiCaprio-starred Catch Me if You Can (2002), and she then received her first Academy Award nomination for 2005’s Junebug and a Golden Globe Nomination for 2007’s Enchanted. Enchanted was what threw her into the mainstream, and it’s easy to see why. She plays Disney princess brought to life Giselle with an enthusiasm, naivety, and joy that could have easily been mean and satirical, and it’s no wonder she’s reprising her role in the sequel.

Her performances in films such as The Master (2012), American Hustle (2013), and Sharp Objects (2018) really show off her range. Adams appears to be a straight-talking person in real life (although she is one to shy away from ‘celebrity’ culture) and this facet of her personality definitely shows through in her work.  And although Man of Steel (2013) was met with some negative criticism, Adams is brilliant as Lois Lane, and deserves more space and character development than has been allowed.

Perhaps her best performance, however, is in Arrival (2016). This sci-fi linguistics thriller swept me off my feet, and Adams is the reason why. The concepts of time travel and alien language might be complex, but her performance is utterly gripping. I kept thinking about her character long after my first watch, and it cemented her as an actress worth paying attention to.

Adams is also an advocate for multiple charitable causes, and has also called attention to the pay gap in Hollywood. Over the years, she has steadily been nominated for a plethora of awards, and it is only a matter of time before she finally wins her well-deserved Oscar. I can’t wait to see where she goes next.

I don’t like Tom Cruise as a person. He’s egotistical, possibly unstable and almost definitely nuts. But my God is the man a movie star. 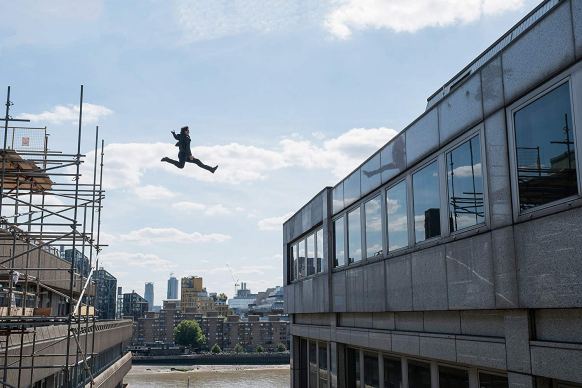 Because that’s right, Ladies and gentlemen, Tom cruise is the face of Scientology. There are more unsettling stories about the bloke than I can count and, frankly, when he’s not on a cinema screen he freaks me the fuck out.

And yet the man endures. Because he is willing to put his life on the line to entertain us. Car chases in Jack Reacher, Stunt flying in American Made. His The Mummy reboot structured its first trailer not around the titular monster, but a zero-G plane sequence that Cruise filmed himself. For real.

Tom Cruise is no longer just a man. He’s a brand. His name is a guarantee, that no matter how awful the movie (and trust me, The Mummy stank) the stunts will be real, the danger will be real, and Cruise will push both as far as possible.

“He deserves to go up there with legends like Jackie Chan and now Keanu Reeves.”

Climbing the world’s tallest building with no net? Easy. Strapping yourself to the side of a plane as it takes off? No problem! A real HALO jump? Psh. Learning to pilot a helicopter in a few weeks so you can fly through mountains trained stunt performers refused to go near, while operating the cameras yourself? Sign him up.

His latest movie, Mission Impossible Fallout, was pure Cruise, nothing but stunt after stunt after stunt. And the thing that drew buzz before the movie released in theatres? Cruise broke an ankle doing one of them. That shot is in the finished film. You can watch his leg snap.

It isn’t representative of Cruise as a person, it isn’t healthy and it probably isn’t particularly sane, but you can’t help but respect the guy for his commitment to his craft. He deserves to go up there with legends like Jackie Chan and now Keanu Reeves.

If only he wasn’t such a nutcase.

Jodie Comer has recently become a household name with the success of BBC America’s Killing Eve and her mesmerising performance as the psychopathic assassin, Villanelle. The role not only requires her to embody the mindset of a psychopath but to also take on the disguises and play-pretend extravagance that her character Villanelle uses to carry out assassinations.

To portray such a demanding and complex character is no mean feat and allows Comer to display the extent of her acting abilities. Villanelle steals every scene she is in as Jodie Comer switches accents and mannerisms with a charismatic verve that has the protagonist – Eve Polastri – and the viewers, hooked. 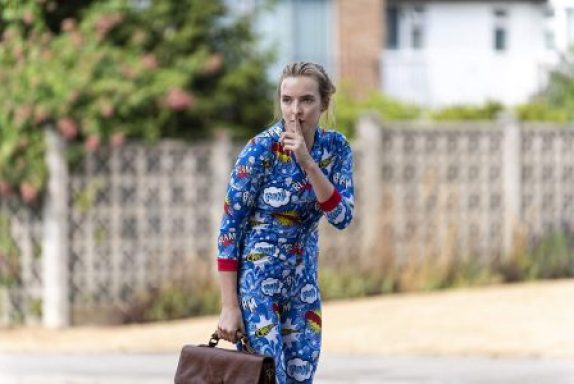 Prior to playing Villanelle, Comer has starred in several TV programmes, primarily realist or crime dramas, with the occasional historical foray, as in Tudor era The White Princess and the 2015 BBC adaptation of Lady Chatterley’s Lover.

Fascinated by her dexterity as an actress in Killing Eve, I’ve since watched her play a missing woman in Thirteen and the other woman in a fraught marital affair in Doctor Foster. In both she offers a sadly underrated performance, yet her poise and ability to inflect the intricacies of a character shine through. Luckily, her central role in Killing Eve allows Jodie Comer to fully realise her proficiencies-  making her one to watch out for on the big and small screen.

Jodie Comer has also been cast in Free Guy, a comedy/adventure film due to be released in 2020, which is likely to be one of many future performances for the BAFTA winning actress.