The Amazon is on Fire – Why This Matters

The lungs of the Earth are burning.

To the surprise of many, they always have been. NASA reports that, this year, the total fire activity across ‘the Amazon basin … has been close to the average in comparison to the past 15 years’. People, now, remarkably, seem to be caring. Social media, it seems, has finally done a bit of good.

Yet, amidst this wave of increased public awareness, there is a danger that the true significance of what is at stake will be lost amidst what is an increasingly volatile political game overshadowing these environmental concerns. Already there are accusations from Brazil’s much-derided President Bolsonaro of France’s President Macron employing a ‘colonialist mindset’ towards the fires, at a time where political unity is needed most.

One wonders too, why now? As much as there was a jump of 40,000 fires in the Amazon from this time last year, the aforementioned NASA statistic indicates this has been a problem for quite some time. Never has such a social media response as this been generated, though, and it makes me fear that there could be some classic jumping on the ‘moral bandwagon’ for social gain without understanding the true seriousness of the situation.

So, let’s put aside the politics. Let’s put aside any trendy moral bandwagoning. Let’s focus, instead, on why the lungs of the Earth are so important, and maybe, one can only hope, this will ground the situation in an understandable and recognisable reality.

‘let’s put aside the politics. Let’s put aside any trendy moral bandwagoning. Let’s focus, instead, on why the lungs of the Earth are so important’

First of all, the Amazon is a biodiversity hub. Home to ten percent of the world’s species, the Amazon contains many creatures that thrive amidst its rainforests, from the dangerous beauty of the jaguar, to the slithering terror of the green anaconda, to the thousands upon thousands of plant species, many endemic to the Amazonian rainforest. Add to that the numerous indigenous peoples that reside within that ecosystem, and you have a treasured environmental wonder of the world that needs saving. 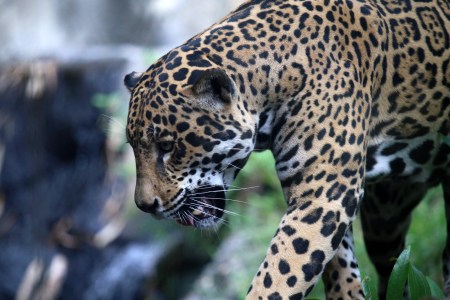 Beautiful creatures like the jaguar rely on the Amazon for survival.

Some argue that fires are a part of nature, and actually beneficial to the Amazon ecosystem. Whilst the former may be true (the Amazon does actually have a so-called ‘fire season’), these are of little help to the ecosystem, pushed to its brink by manmade fires started by farmers. Some ecosystems are indeed built to thrive in such fiery conditions. The survival of eucalyptus in Australia, for example, would not be possible without regular fires, but the Amazon’s wildlife is not cut out for dealing with fires on such a scale as we are seeing today.

The Amazon’s relationship with the Earth’s gaseous makeup also indicates its huge importance. Contrary to popular belief, we are not in danger of losing twenty percent of the world’s oxygen supply, for indeed the Amazon does not hold such a large quantity of the gas essential to our survival. However, one gas that the Amazon is in great supply of is carbon. The sheer volume of trees and wider foliage in the rainforest soaks in carbon during photosynthesis, like one big carbon sponge. When forests are burned, this carbon is released as carbon dioxide, the nefarious greenhouse gas contributing significantly to global warming.

Now, I am not here to advise you on what you should and should not do to tackle this crisis. Indeed, my colleague Mia has done a good job at that already, if you wish to check out her article. Instead, I aim to provide you with a rather sobering understanding of just what is at stake here.

Featured image courtesy of NASA Goddard Space Flight Center via Flickr. No changes were made to this image. Image use license here.

A Shout-out to the x