How University Has Impacted Me As a Music Lover 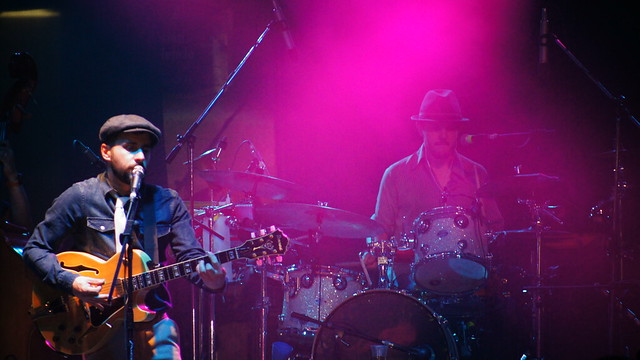 It’s no secret that one of the most exciting parts of the university experience is all the new people you get to meet. And from the perspective of a music lover, this means new music and ideas about music.

When I joined Nottingham, one of the first decisions I made was to try out the University’s Songwriting Society. It was through this that I met some of my closest friends here, all with a deep passion for making and listening to music. Their different musical styles and approaches to themes all helped me have a greater understanding of different sounds and what I tend to gravitate to musically. I was introduced to more pop, more rock, more metal and many other genres through conversations with other members.

A great example of this is how in one session, I started conversation with a fellow member from Turkey, who gave me some pointers about good songs to listen to from his nation: music which I’d never heard or heard of before. After enjoying these recommendations, I explored further on the internet for different Turkish music, and spoke to some friends in London about my interest, which eventually led me to an entire YouTube channel dedicated to Turkish rock from the 70’s. I fell in love with the channel, named ‘Anatolian Rock Revival Project’ and for the next few months further entrenched and deepened my newfound love for Anatolian Rock.

It was this overwhelmingly positive experience that encouraged me to write an article for Impact Magazine about good musical places to start with my home nation of Brazil, hoping that I could provide someone with the awe and joy of musical discovery that I had felt. A number of other Impact articles also helped put me on to new artists and styles.

Nottingham has also helped me get a greater grasp and knowledge of musicians that I was already familiar with and enjoyed. I bonded with one friend here over our shared love of J. Cole, and our passionate hip-hop discussions were very important formative experiences for me as a rap fan and understanding different sides to the same coin. He also introduced me to some Asian rap and R&B which I had never even heard of, and I was pleasantly surprised.

University also changed my mind in a few cases. Before Nottingham, I held, for the most part, a grudge against Drake. I felt his half-rapping half-singing style was too radio-friendly, and although I secretly enjoyed a number of his songs, I stayed away from what I deemed too ‘mainstream’. This was coming from someone who at the time had only heard a handful of Drake’s songs. Through meeting like-minded rap fans at uni, I was convinced to give his music a try. A genuine, open-minded try. And who would’ve known. I listened to Take Care and was awed at how much the raw emotion in it resonated with me. I proceeded to find a plethora of other Drake projects that I love, and he has since become one of my favourite hip-hop artists.

Over my time here, I have noticed how more open to music I have become.

Another friend I made here is more keen on the masterful lyricism of technical rappers, and helped put me on to a number of lesser known underground artists which have intrigued and surprised me with their complex approaches. I, for my part, introduced him to a number of more melodic, in some cases ‘mumble’ rappers, and managed to open his mind to some of the artists that I most enjoy in this field.

Over my time here, I have noticed how more open to music I have become. Nottingham has helped expand, alter and engrain my love for music in more ways than I can name.

Maybe that’s what university should be about. In my case it is in reference to music, but it could apply to a whole spectrum of different passions. University helps deepen your knowledge of things you’re interested in, as well as open your mind and challenge your ideas about others. It’s about meeting people with similar interests and those with completely different ones and through those experiences, you acquire a greater grasp of what you like and what you don’t like, of what defines who you are.