One in Fifty-Seven Trillion – What is What3Words? 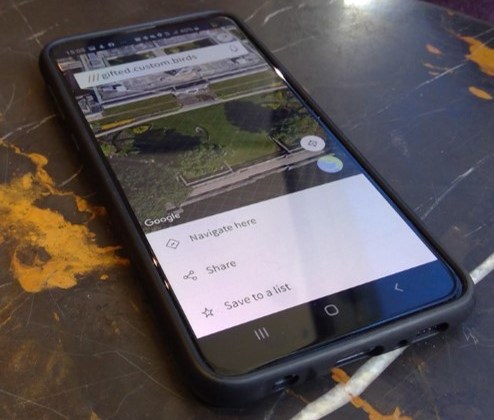 ///Invite.Light.Supporter These are not just three random words that I drew out of my sub-conscious. Rather, these words tell you precisely where my favourite bench on campus is.

At this time of year, the autumnal colours are coming through, making it a wonderful place to unwind after a morning of lectures or to get over a hangover. I could also tell you N52° 56.333’ W001° 11.997’, but the chances are you’ll mishear me and end up sitting in a less beautiful part of campus, or indeed end up in another city all together, depending on which number you get wrong. I could be less precise with the coordinates, but then how will you know which bench I mean?

Follow those three words and you’ll find yourself at the London headquarters of the what3words—the company that launched this new system in July 2013. Every trio of words represents a specific 3×3 m square somewhere in the world. That means there are over 57 trillion combinations and available in 36 languages. These words are immutable, which allows the entire system to be accessed offline. So long as you have a GPS connection you will be able to find what three words correspond to your location from the app.

“there are over 57 trillion combinations and available in 36 languages”

To prove this wasn’t marketing speak, I tested it for myself. I downloaded the app, then turned off WiFi and data before opening it. Sure, I couldn’t see any roads on the map, but my location ///Charmingly.Shower.Fetch came up just fine. The clever people at what3words developed an algorithm for assigning the words to each square, to minimise confusion. This means that similar sounding words are assigned to places very far apart to help with error-checking. For example ///Invite.Lights.Supporter is in New Jersey, so you can be sure that isn’t where my favourite bench on campus is! But how does it know where I am? To find that out we need to visit:

The US Department of Defense is credited with the invention of GPS in 1973. It became publicly available in the 1980s. GPS depends on the idea that light has a specific and constant speed. There are currently 31 GPS satellites in orbit around the Earth, each one broadcasting a radio signal which contains the precise time as measured by the ridiculously accurate atomic clocks on the satellite. 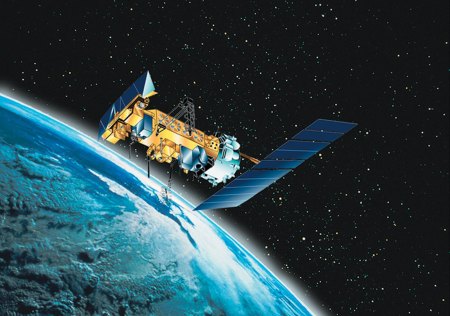 Satellites are used for the GPS parts of the technology.

The GPS receiver (for example the one in your phone, or car SatNav) compares the time in this broadcast signal, to the time the signal was received. The difference in the time the signal was broadcast and the time it was received is multiplied by the speed of light to give the distance between the receiver and the satellite. For accurate positioning, this needs to be done with four of the satellites. Three of them are used to define the spatial position and the fourth is used to correct for the receiver’s clock. All the information from these satellites are used to solve the Navigation Equations to work out your location. So, if what3words uses GPS, why not just use GPS coordinates or even a normal street address?

This is the location in which I made my first 999 call. Despite having walked across that path so many times, I didn’t know the exact name of where I was, so I resorted to describing landmarks. This was imprecise and took longer than it should have done. A combination of my navigational skills and the ever-increasing stress of the situation meant I could not precisely articulate where I was. And through all of this there was a person on the bridge not being saved. Eventually, the emergency services did work out my location and the person-in-need was saved and given the appropriate help and support. But every second I was on the phone to an operator was a second that operator wasn’t helping someone else, a second in which the situation could have easily gone another way. Had that happened today, I could have opened the what3words app and read out the three-word location to the operator.

Nottinghamshire emergency services are amongst 55 services across the country now accepting what3word locations during 999 calls. Impact reached out to the Nottinghamshire Fire and Rescue Service for comment on this new technology. They say what3words is ‘particularly effective for emergencies in rural locations like farms or moorland’ or even in cities as the caller ‘may not be familiar with their surroundings, or able to share a location with accuracy.’

“what3words is ‘particularly effective for emergencies in rural locations”

Previously, when an imprecise location was given the control room may have to dispatch ‘a helicopter fly-over or multiple units’, whereas with what3words whereas now they can easily ‘pinpoint the location of people more accurately then we ever have before.’ For example in August, crews were able to rescue two people marooned on a barge on the River Trent and later in the month rescued a dog from a dry canal in Bingham. In both cases, the callers used the what3words app to direct responders to the precise location.

What3words is available online (what3words.com) and as an app on both Android and iOS. Download it for free to be ready should you ever find yourself needing to call 999. Try searching for the 3-word locations in this article and comment with the 3-word locations of your favourite places in Nottingham.

Body image courtesy of NOAA Photo Library via Flickr. No changes were made to this image. Image use license here.

For more content including uni news, reviews, entertainment articles, lifestyle, features and so much more, follow us on Twitter and like our Facebook page for more articles and information on how to get involved! If you would like to write Science articles for Impact Lifestyle drop us an email at lifestyle@impactnottingham.com.

Riding High or Plummeting Quickly: Have Theme Parks Had Their Day?