A Crash Course in Japanese Cuisine 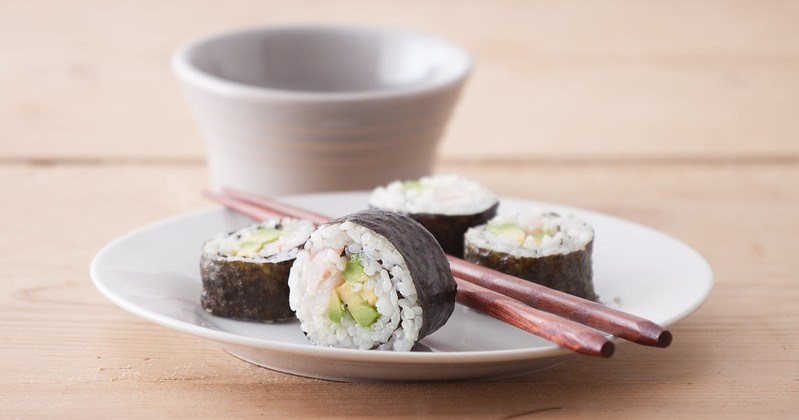 As fans from Cardiff to Canberra, from Dublin to Durban, from Canterbury to, er, Canterbury, descend on Japan to celebrate the 2019 Rugby World Cup, I’m here to give you the low-down on Japanese cuisine.

“To understand Japanese food, one must first come to terms with Umami.” – A Buddhist Monk, probably.

Umami is one of the five categories of taste besides salty, sweet, sour and bitter. It roughly means ‘savouriness’, but literally translates as ‘delicious taste’. In Japan, umami represents a feeling of utter satisfaction; food nirvana, if you will. A better translation would be ‘aaah!’, suitable after sipping a hearty bowl of miso soup, or a Blue VK from the Rock City balcony. Indeed, umami’s significance in Japanese culture speaks volumes about the value they place on good savoury grub. 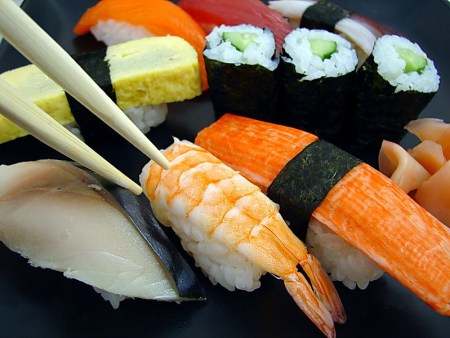 Now, I know you’ve already grimaced: urgh, raw fish?!?! If that’s not your scene, that’s okay! Japanese food is incredibly versatile and diverse, so there are plenty of other options.

Sashimi is thinly sliced, wild-caught fish. Often it is served with wasabi paste, ginger and soy sauce on a bed of white radish (daikon). The Japanese consider it the pinnacle of food culture, with plates arranged in beautiful patterns.

Sushi is any dish made with sticky vinegared rice. The secret to great sushi is the balance between this rice and its seasonal toppings. Food is often eaten while kneeling with your legs together or by sitting cross-legged on the floor on tatami mats. Some popular forms of sushi include:

Nottingham Tip: Higoi, Lenton Boulevard. Hidden away in heart of Lenton, between the kebab shops and student estate agents is this hidden gem. It is expensive, but perfect for a special meal out. It’s an intimate space with top-quality food, especially their box options. 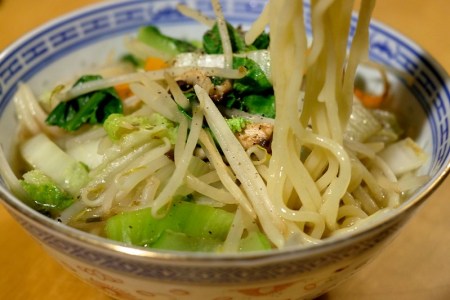 A staple of the East Asian diet; evidence suggests noodles have been knocking about for four thousand years. Different techniques have been imported by Buddhist and Rinzen monks over the last millenia. Noodles will typically served with tsuyu, a dipping sauce, or in a broth. There are three main types:

Nottingham Tip: Wagamama’s, The Cornerhouse. I know you order the Chicken Katsu Curry. Please get something else. You’ve ordered it every time since you first went with your mum two years ago. There are so many other options so take a chance and be adventurous. My favourite is the Wagamama Ramen, which has more fresh ingredients than you can shake a stick at. 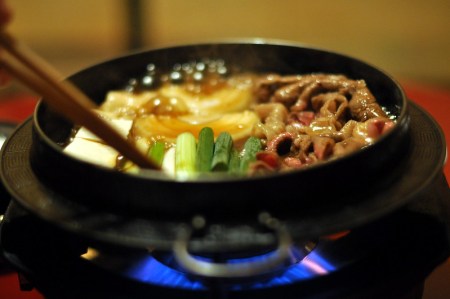 These national delicacies are only the tip of the iceberg. In the winter, easy-to-make hot pots take centre stage. One type is sukiyaki, thin beef strips seared in a piping hot broth with “whatever you fancy” (yep, that’s what sukiyaki means).

Another variety is oden. Traditionally eaten in communal eating halls, oden is a combination of filling proteins like tofu, fried rice balls and fish cakes and a lighter vegetable-based broth.

Hot pot not your vibe? Japan do the best chicken kebabs anywhere: yakitori. These are bite-sized glazed with soy, sold often by street vendors and at sporting events.

The world of Japanese food is wonderful, wacky, but also sometimes worrying. Since World War Two, Japanese fishermen over-fishing whales and dolphins for their prized meat has come to international attention. There’s been plenty of controversy over the trend of Ikizukuri: eating still-live octopi, tentacles writhing and all. This has been highlighted in the Japanese media by the newfound popularity of food YouTubers live-streaming their meals.

the diversity of Japanese cuisine and the interchangeability of the ingredients set a sure foundation for success.

Nottingham tip: YO-Sushi!, The Lace Market. The novelty of seeing your food arrive on a conveyor belt will never wear thin. Neither will the student discount for those lucky few blessed by UniDays – 25% off on everything with an account! They serve and abundance of reasonably-priced dishes that’ll fill you up before you can say Mount Fuji. Personally, I love the spicy pepper squid.

This World Cup, the Japanese rugby team’s diversity has been one of its key strengths. The captain and coach are native New Zealanders. A Korean immigrant starts at prop. The tournament’s top try scorer is half-Japanese, half-Zimbabwean. In the same way, the diversity of Japanese cuisine and the interchangeability of the ingredients set a sure foundation for success.

Five of the Best Cafés in Nottingham City Centre

Annunziata Rees-Mogg on Sovereignty and the Brexit Party