Perspectives of the Past 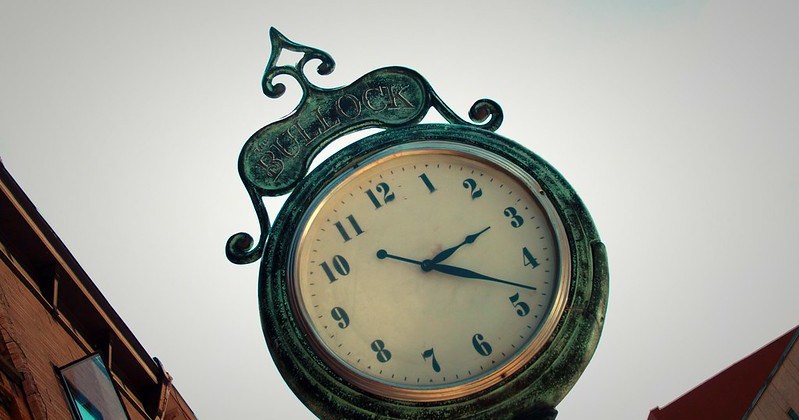 Black History Month in the UK is a celebration of Black culture and history and the achievements and contributions made by Black Britons in the past and has been celebrated for over 30 years.

Black History month is celebrated globally but over different months, depending on the country, with it covering October in Britain and February in America. It began in its earliest form in America in 1926 and was placed in February to mark the birth month of both Abraham Lincoln and Frederick Douglas, both key figures in the abolishment of slavery. It was originally intended to be a week-long celebration in which African- American teachers would teach their students about black History yet has grown into a much bigger event.

Black History Month as we know it today began in America in 1976. Even though this year will be the 43rd anniversary of the official start date in America, controversy still exists about whether one race/ group should get a whole month dedicated to them and whether History should be taught in this segregated way of white or black History, especially with black History only receiving one month out of the whole year.

Whilst looking into this, I found a quote from actor Morgan Freeman during a video in which he felt very passionately about his hate for Black History Month saying, “I don’t want a black History Month. Black History is American History”, therefore showing the mixed feelings around the celebration even from African-Americans themselves.

As a result, I thought it would be interesting to speak to people I know and on campus about this subject in Britain and about the significance of Black History, as well as whether it should only be celebrated by people of colour or even celebrated at all.

“Pages of a book are blank, if they have no black letters in”

As a History student, I first approached one of my professors to get an academic insight into the meaning of Black History. They commented that “African history is the missing pages of human history” and the “pages of a book are blank, if they have no black letters in”.

“Putting the African into History is not political correctness, it is correctly telling History”

Similar to the quote I mentioned from Morgan Freeman earlier, they also said “Putting the African into History is not political correctness, it is correctly telling History”.

I believed this to be a powerful quote promoting the universal nature of black History and how, perhaps, there should not be a distinction between black and white History. This again shows how, perhaps, Black History Month should not be such a ‘stand-alone’ event, but instead just be incorporated into the mainstream teaching of History in education to make it less ‘abnormal’ and more talked about.

Another question I wanted to ask was whether Black History Month should only be celebrated by people of colour and not by white people. I asked a couple of students across campus on their opinion on this subject.

In light of #blackhistorymonth , we at #SUBS would like to draw special attention to 7 black entrepreneurs that have made amazing strides in the face of adversity. (Starting from top left moving right) Jason Njoku – from Nigeria, Jason is the founder of iROKO partners and TV, the leading online streaming platform in Africa. Madam C.J. Walker – became one of the first American women to become a millionaire when she formed a business around a product specially made for black hair. This later translated to cosmetics and cosmetology. Jay Z & Beyoncé – apart from being musical geniuses, these two also have great entrepreneurial minds. Jay Z owns a record company, an apparel line and the 40/40 chain of restaurants to name a few. He co-owns Tidal with Beyoncé, a new music streaming service. Beyoncé also owns Ivy Park, an athleisure line. Sean “Diddy” Combs – also known as Puff Daddy, he is known for his Grammy-award-winning album ‘No Way Out’, but his entrepreneurial mindset has preceded his musical talent. He now owns his own record label, apparel line & a cable music network. He also owns half of Ciroc Vodka. Oprah Winfrey – although she was labelled “unfit for television news” by one of her first bosses she persevered and went on to host and produce her own talk show and became a CEO and chairman of Harpo Inc. She also later laughed a magazine and TV network. Gina Din-Kariuki – a Kenyan, who moved from a public relationship guru to an award winning management consultant and social entrepreneur as well as honorary UNFPA and Red Cross goodwill ambassador. She also served as strategic advisor to Safaricom, Kenyans largest telecommunication company.

Firstly, I spoke to Lauren who said that “black History should be celebrated as it isn’t really taught much in the curriculum, so many white people are unaware of it”. She also said, “it is important for white people to gain an understanding of this as it also forms part of our colonial History and by learning about it, it can teach us to respect people of different colours and background in future”.

I also spoke to another student, Akash, who similarly commented that “black History should be celebrated by all, as it is important to educate and understand the history of black people who were neglected by society in the past”.

I gathered that the consensus on this subject, and also my opinion, is that Black History should become a more normalised aspect of telling history, as black people have been just as much part of our past as white people have.

However, I think the month should still be celebrated in order to spread awareness about its lack of coverage in history and to support the achievements of black people, not only nationally but globally too.

I also noticed that the people I talked to commented on how Black History does not receive enough coverage in schools with GCSE and A levels courses very ‘Western’ and ‘white’. Perhaps if Black History was covered more in school curriculums it would not only spread awareness of the importance of the role of black people in our global history, yet also encourage it to become a more mainstream and talked about subject as a whole.

Featured image courtesy of David Michalczuk via Flickr. Image license found here. No changes were made to this image.

In article image courtesy of  @business_swans via Instagram. No changes were made to this image.

Essential oils: the history and benefits of a natural product humans have used for over 6,000 years