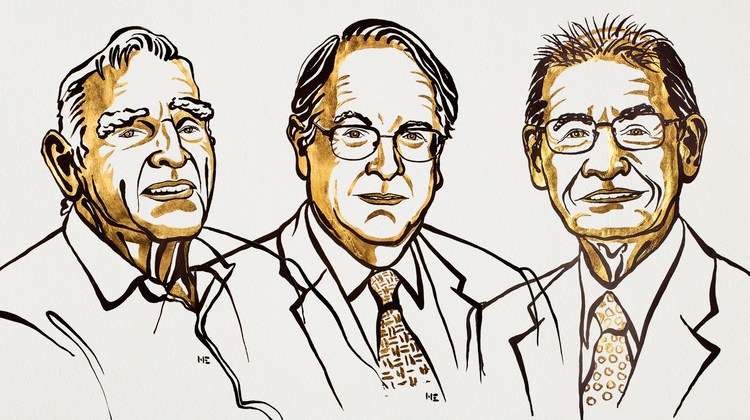 On Wednesday this week, the Royal Swedish Academy of Sciences announced that John B. Goodenough (97), M. Stanley Whittingham (78), and Akira Yoshino (71) would jointly be awarded the Nobel Prize in Chemistry for 2019 for their ‘development of lithium-ion batteries’. This prestigious prize has been awarded since 1901, for achievements that demonstrate the ‘greatest benefit on mankind’.

It is certainly no understatement to say that lithium-ion batteries allowed the development of the world as we know it. From phones and laptops, to Tesla cars, the Li-ion battery is ubiquitous in modern society and will likely remain so for some time.

The story of the battery’s development begins with M. Stanley Whittingham, who was working at Exxon in the 1970s. There he developed a new material called titanium disulphide. This material has the useful ability to intercalate ions, that is to allow charged metals to be stored within the atomic structure of the material. This property meant that the material could store a lot of energy when intercalated with small ions.

A battery can broadly be considered as having 3 components: a positive electrode (also called a cathode), an electrolyte, and a negative electrode (also called an anode). The anode wants to give away electrons, which then flow around your phone circuit to make things happen. The electrons are then collected at the cathode. Within the battery, charged metal ions pass through the electrolyte to make sure everything is balanced. To charge a battery, you just need to make the electrons and ions flow in the opposite direction by applying an external voltage (for example plugging in your phone charger).

Whittingham’s titanium disulphide was the cathode that would collect the electrons. The anode material he chose to give away electrons was lithium metal, the lightest metal on the periodic table. Lithium is famed for wanting to give away the outer-most of its electrons. The batteries that Exxon developed using Whittingham’s materials had an unfortunate tendency to explode. Whiskers of lithium would creep from the metal and through the electrolyte until they touched the cathode, which would short circuit the battery, making it go bang rather spectacularly. Whittingham added aluminium to the battery to stop it exploding, but the oil price dropped around the same time, so Exxon stopped development of batteries to focus on the more lucrative oil trade.

John B. Goodenough took interest in Whittingham’s battery materials and wanted to make the voltage they could provide even higher. Goodenough thought that an oxide (rather than a sulphide) would be more successful, so he and his research group got to work searching for a suitable metal oxide that they could intercalate with lithium ions. They hit on cobalt oxide, which allowed the development of a lithium-ion battery which could hold 4 V, double that of Whittingham’s. 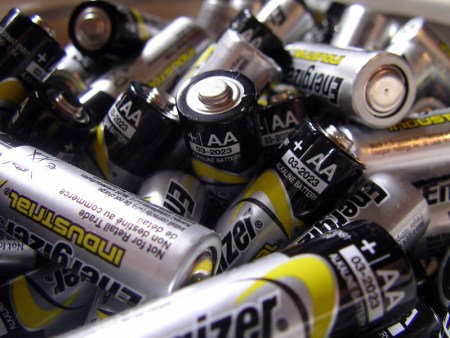 Who knew the humble battery could be so important?

This high voltage attracted Akira Yoshino who wanted a rechargeable battery to power portable electronics. Yoshino didn’t much want pure lithium metal in his battery, so investigated alternative materials. He realised he could use graphite intercalated with lithium ions, but the electrolyte between the two electrodes broke the graphite apart. A more stable material was petroleum coke, which is produced as a by-product by the oil industry. The use of this material meant that there was no pure lithium in the battery, resulting in a safer battery that didn’t explode, but still had the high voltage of Goodenough’s battery. And thus was born the commercial lithium-ion battery.

As society moves towards more sustainable sources of electricity, the lithium-ion battery will find another place to be indispensable. Solar and wind energy is intermittent. If you want to use the energy when it isn’t sunny or windy then storage is needed. Lithium-ion batteries are one of the many ways that renewable energy can be stored, ready to be used when required. Of course, there is an environmental impact associated with lithium-ion batteries: Lithium and cobalt are both becoming increasingly scarce as the number of batteries being produced rapidly increases. Goodenough has developed a safer and more sustainable alternative to cobalt oxide using the material iron phosphate. As Samsung have proved over recent years, the safety of lithium-ion batteries is far from perfect. In an interview, Goodenough said he would like to see the safety of the batteries improve as well as last even longer.

“As society moves towards more sustainable sources of electricity, the lithium-ion battery will find another place to be indispensable”

One of the wonderful things about Nobel prizes shared between 3 recipients is that it highlights how collaborative science is. None of the three winners could have won the prize without building on the work of researchers before them, nor could they have won without the advancements later scientists made on the research. It should be remembered that a Nobel Prize can be split between a maximum of 3 people. Certainly, none of the Laureates worked alone. They each had research groups, colleagues or companies that supported and assisted them. Science is often far from the stereotypical image of a lone scientist in a dingy basement lab. Without collaboration science would simply fail.

The monetary award for winning a Nobel Prize is around £730,000 split between the winners. You may think this money would make their retirements a little more comfortable, but even though Goodenough is the oldest winner at 97 years old, he still works in the lab everyday. As he puts it, ‘what would I do, just retire and wait to die?’.

Featured image courtesy of © Nobel Media, applicable under “strictly editorial use” of the photograph. Illustrated by Niklas Elmehed.

Body image courtesy of Vintuitive via Flickr. No changes were made to this image. Image use license here.

For more content including uni news, reviews, entertainment articles, lifestyle, features and so much more, follow us on Twitter and like our Facebook page for more articles and information on how to get involved! If you would like to write Science articles for Impact Lifestyle drop us an email at lifestyle@impactnottingham.com.

The Civil Service Fast Stream: An Inside Scoop