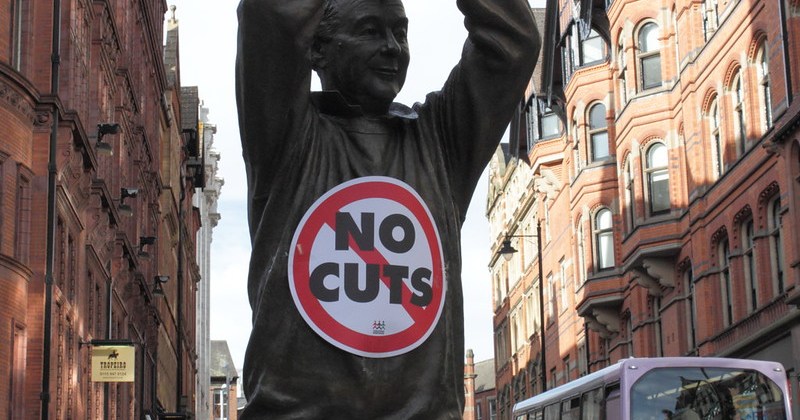 Ellie Stainforth-Mallison explores the governmental failures that led to the tragic death of Errol Graham last June, before paying tribute to the stunning memorial organised this week in his honour.

In June 2018, bailiffs found the “emaciated” body of Errol Graham when they attempted to evict him from his flat in Radford. Eight months prior to Mr Graham’s tragic death his housing benefit and employment and support allowance were cut because he failed to attend a fit-for-work test, despite suffering from long-term depression.

“Friends, family and campaigners joined in solidarity against the Department for Work and Pension’s (DWP) universal credit system”

In honour of his memory, a memorial was held at the Brian Clough Statue in Nottingham city centre on Friday night (February 7th). Friends, family and campaigners joined in solidarity against the Department for Work and Pension’s (DWP) universal credit system. The leader of Nottingham City Council, David Mellen, and Mr Graham’s ex-partner, Diana Burton were two of many to speak at the vigil. “You don’t allow yourself to think what he went through”, Ms Burton said, “Errol was in crisis and there are lots of others just like him. We’re hoping something can be put in place to ensure this doesn’t happen again.” 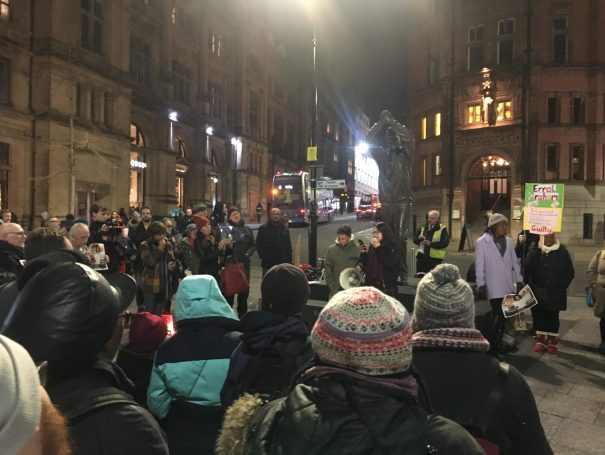 Since the coalition government’s ‘welfare reforms’, there have been a number of unnecessary deaths linked to cost-cutting and outsourcing. Mark Wood, 44, who suffered from several complex mental health conditions, starved to death in 2013 four months after his sickness benefits were cut off. Jodey Whiting, 42, who suffered from bipolar disorder, was a victim of suicide a fortnight after having her benefits stopped in 2016. David Clapson, 59, a diabetic veteran, died in 2014 from a lack of insulin; a benefit sanction meant he could not afford to eat or to put credit on his electricity card to keep the fridge for his insulin running.

Francis Ryan commented in an opinion piece for The Guardian: “the past decade has seen the deliberate dismantling of the British state’s support for disabled people as toxic rhetoric around “scroungers” has morphed into bona fide cabinet policy.” Since the tragedy of Mr Graham’s death was raised at Prime Minister’s Questions last week, his family are renewing demands for an independent public inquiry into how the DWP failed the 57-year-old.