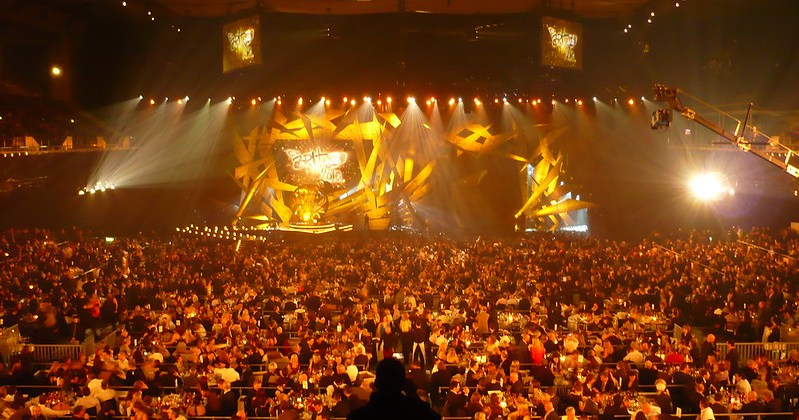 Since I was little, I knew that when I was older, I’d be standing in front of a podium receiving my Oscar at the Dolby Theatre’s Academy Awards, probably being played off because my speech is too long. I used to memorise the best actress speeches or, dare I say, the conspicuously few female Best Director speech in the shower, with my shampoo bottle as the award and the shower head as a mic. I’ve idolised award shows for as long as I can remember; the Oscars top the list, followed by the Golden Globes, BAFTAs, Grammys and BRITS. I used to tell my parents that to achieve this dream, I had to associate myself with the industry as much as possible.

Yet another season of award shows have forgotten that women exist.

As I grew older, I began noticing the flaws in the system; I could never find people who looked like me up there on that stage or amongst the nominees. I slowly became conscious of the arbitrary hierarchy of old white men judging and overlooking the quality of films merely because of race and gender. Award shows used to seem so magical and surreal, but since my exposure to society broadened, even the dazzling gowns and Mark Seliger’s iconic Vanity Fair portraits couldn’t disguise the elephant in the room. The race issue is a topic for an entire other article, so let’s bring our focus to the question of how yet another season of award shows have forgotten that women exist.

Only five women have been nominated for Best Director at the Academy Awards and only one woman has ever won.

Sure, we’ve come a long way since society began allowing us women to vote, participate in the Olympics, and instead started perceiving women as the powerful queens that we are. However, for some unknown reason, despite all those tumultuous years of emancipation, media airbrushes the fact that the words “man” and “supreme power” STILL go hand-in-hand in society. Can you even fathom the fact that only five women have been nominated for Best Director at the Academy Awards and only one woman has ever won.

Unfortunately, it is also true that in the past decade, only one film (The Shape Of Water) with a female protagonist has won best picture. 2020; basically another year where men dominate the Oscars, ultimately snubbing talents like Céline Sciamma (Portrait of a Lady on Fire), Lulu Wang (The Farewell), Greta Gerwig (Little Women), Marielle Heller (A Beautiful Day in the Neighbourhood), Melina Matsoukas (Queen & Slim) and sadly, so many more. Yes, that’s right, apparently for the 87th time in the Oscars’ 92-year history, the academy couldn’t find space for women in this category. At this point, the list of sidelined women is so long, they’ll probably exceed the word count. For further reference, have a close look at the embroidery of the female directors’ names on Natalie Portman’s iconic 2020 red carpet dress.

Without the spotlight of these talented women in the industry, it hinders visibility for other women and younger generations to follow in their footsteps

The Golden Globes managed to score a confused looking meme of “America’s Dad” Tom Hanks, who looked more disappointed with the lack of female nominees than befuddled by Ricky Gervais. For the third year in a row, no women were nominated in the Best Director, Best Picture or Best Screenplay categories. Let’s not forget about the women of colour… oh wait I wrote too soon, the Globes managed to do that too! Without the spotlight of these talented women in the industry, it hinders visibility for other women and younger generations to follow in their footsteps.

Rebel Wilson called out the sexist patterns at the BAFTAs this year taking a poke at the all-male nominees in the industry. Yes, people are beginning to acknowledge that something isn’t right, but after the umpteenth time a celebrity has pointed it out, why hasn’t there been any changes to the system? The Brits were no better this year, with a shocking decline from 50% of female nominees last year to 20% this year. Just look at this shocking graph!

Did you know that women in the industry represent only 19 per cent of non-acting nominations in the past decade? The percentages are increasing, but simultaneously manage to drop every year.  Results from an Instagram poll I conducted also reveal mixed opinions pertaining to sidelining women, and I was surprised to see the results for some of them.

I’m ready to see more women behind that podium next year. Are you?

After each awards season, articles and tweets begin to pile up about acceptance speeches and best-dressed nominees. When you pull back the lens, there lies hidden commotions regarding the underrepresentation of women, other genders, people of colour and other races. The industry seriously needs to wake up, and start recognizing talented individuals, so that more women are encouraged to step behind the camera as well as in front of it. I’m ready to see more women behind that podium next year. Are you?

Featured image courtesy of Tom Phillips via Flickr. No changes made to this image. Image license found here.