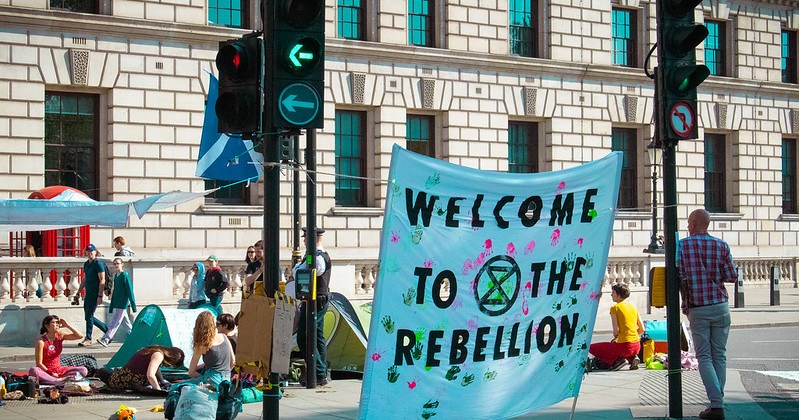 A 12-page document issued by Counter Terror Police South East (CTPSE) has been recalled after classifying Extinction Rebellion as ‘extremist’, alongside far right groups such as neo-nazis, white supremacists and Islamist terrorist groups.

The guide was presented to various public sector workers including teachers, police and medics. All this was part of training to protect those vulnerable to radicalisation, particularly young people. These young people were outlined in the document to be attracted to the non-violent activities of XR. Extinction Rebellion supposedly have a hidden anti-establishment philosophy and in turn, encourage other law-breaking activities. Workers were advised to look out for those who take part in non-violent direct action, such as; lock-ons, banner drops and even environmentally-themed graffiti. Included was also those pupils who fail to attend school due to participating in walk-outs and who possess the “desire” to be arrested for acts of civil disobedience.

In a statement published on their website, XR responded,

“We need to find out who knew what and when. But more importantly, we need to know why. Why are they trying to silence a peaceful, non-violent movement of people who are trying to make sure the world’s children have a future?”

Members now worry about the lack of critical analysis the document seemed to undergo before being published, causing a breach of trust between them and the police. Many raised concerns for the rights of protesters, particularly following Home Secretary Priti Patel’s defence of CTPSE’s work – however, other members of Parliament did not seem to share her opinion. This included Labour leadership frontrunner Keir Starmer, who felt the label to be “completely wrong and counterproductive”, and Diane Abbot, the shadow home secretary, even condemning it as “indefensible”.

Following this public backlash, as well as the threat of legal action, Brandon Lewis clarified the government’s position on Extinction Rebellion, and other non-violent protest groups. He stated that CTPSE made a mistake, and are now recalling and reviewing the document, as these groups do not fall under the 2015 definition of extremism. Whilst Extinction Rebellion thanked the public for the support in disputing the label, members have been left questioning the “unethical tactics” from the police and what this means for our future.

Featured image courtesy of Alexander Savin via Flickr. No changes made to this image. Image use license found here.