What is Latinx music?

Emily explores the extents of the term ‘Latinx’ and variations within this exciting emalgamation of genres.

When I first volunteered to write this article, I did not fully realise what I got myself into. An article about “The rise of Latinx music”, I thought I would just talk about the songs that my friends, family and the next-door neighbours knew that came from “Latinx” artists. You know the ones: there is that one that begins with D and ends with O by Puerto Rican singer Luis Fonsi, and then there was also Reggaeton Lento originally by CNCO, later re-released when they collaborated with Little Mix. Enrique Iglesias will always be our hero and Shakira made our hips not lie. Yet I hit a barrier once I started looking deeper into this genre: what should I classify as Latinx?

The term “Latino/a/x” commonly refers to those who reside in Latin America. We also must acknowledge the problems that come with solely using the term “Latinx” to describe the music that comes from the Latin American countries because there are so many different genres within this umbrella term. Each genre has different rhythms as well as different instruments. 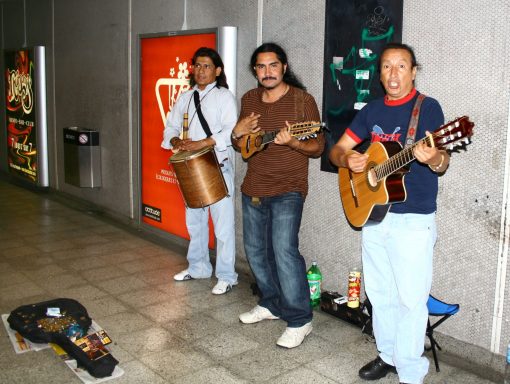 There is the popular dance genre, salsa, whose roots originate in Cuba and typically use a lot of handheld percussion, horns and strings, whereas the corrido of Mexico is a kind of narrative folk music that has a heavy focus on guitars. Then there are also the hybrid genres such as the mambo (Cuba), which fuses swing and jazz music and the boogaloo, which highlights the often-overlooked African roots of Latin America that came from the slave trade. This genre fuses African American rhythms with the blues, soul and even a bit of mambo, creating a rather raucous but fun and energised sound. More recently the hybrid genre of reggaeton, whose roots started in Panama, has grown popular in Western popular music charts which fuses hip hop, dance hall and Caribbean music.

“This causes Spanish musicians to also be incorrectly categorised in the ‘Latinx music’ genre.

Now that we have identified how broad the umbrella term “Latinx music” is, we must identify why so many different rhythms and countries have been lumped into one. That reason is this: they all use the Spanish language. This connection is, again, problematic, because this causes Spanish musicians to also be incorrectly categorised in the “Latinx music” genre.

One of the most famous examples of cultural mislabelling is Enrique Iglesias. Spanish derives from Latin, so it is still fair for him to be regarded as the King of Latin pop, but not Latinx pop because Iglesia is from Madrid, Spain. 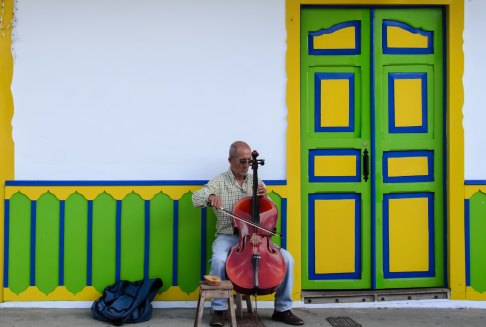 More recently Rosalía Vila Tobella, more popularly known as Rosalía, has also been classified as Latina. The singer of hit singles A Palé and Yo x Ti, Tu x Mi, became a hot topic on Twitter when she became the face of Vogue Mexico’s August 2019 cover. Many members of the Latinx and Spanish community criticised Vogue because the feature was titled “20 Latinx Artists” despite Rosalía being born in Catalonia, Spain. Her music puts a modern spin on the Hispanic dance music style of flamenco (originating from Andalusia), which she argues clearly has aspects of Latinx music within its sound. In the end, Rosalía has called for unity of Spanish and Latin American influence because these countries have been tied together throughout history, as well as pointing out that her great grandfather is Cuban.

Now that I have written this article, I feel like there should be more of an effort to highlight the different genres that make up “Latinx music”, because it is actually amazing how much is packed into this one category. Maybe it is more accurate to label it as “Spanish speaking music”? Then again, that could open up a whole other debate of whether a song can be classed as Spanish speaking if it makes heavy use of English as well.

Either way, it is worth looking at the differences between the music that comes from different Latin American countries, because only then can you appreciate the complexity of the Latinx music category.