Friends: The One with the Cultural Phenomenon

There are few television shows that could still permeate into current popular culture, more than fifteen years after its original broadcast. And yet, Friends still defies the odds. Ask anyone, of nearly any age, which Friends character they are, and most will have answer within the minute. One only needs a whiff of “smelly cat” before bursting into song. But how did Friends become the behemoth we know it to be?

… re-runs of Friends – first on E4, then on Comedy Central UK, Netflix, and soon to be on HBO Max – have opened up the show to younger, newer audiences. And that’s the thing: Friends still holds up.

Well, there are several contributing factors, which are best looked at in chronological order. First: the idea. In 1993, co-creators David Crane and Marta Kauffman had just wrapped up their short-lived sitcom Family Album and were developing pitches for the upcoming pilot season. They started discussing that very specific period after college, where one transitions from the safe cocoon of a predetermined schedule and lifestyle to navigating this vast expanse of time in which one is expected to discover major milestones, such as a career, a partner, a house and so on.

Since then, there has been an endless amount of entertainment centring around that in-between stage – movies like The Devil Wears Prada and Frances Ha, and TV shows such as Girls, Sex and the City, New Girl, The Big Bang Theory and Atlanta, just to name a few. However, in the early ‘90s, there were only a couple of incredibly successful shows that had touched on that topic – like Cheers and Seinfeld. But even those stories did not really focus on these individuals “finding themselves”. And so was born a near-universally relatable idea for an under-represented stage of life. 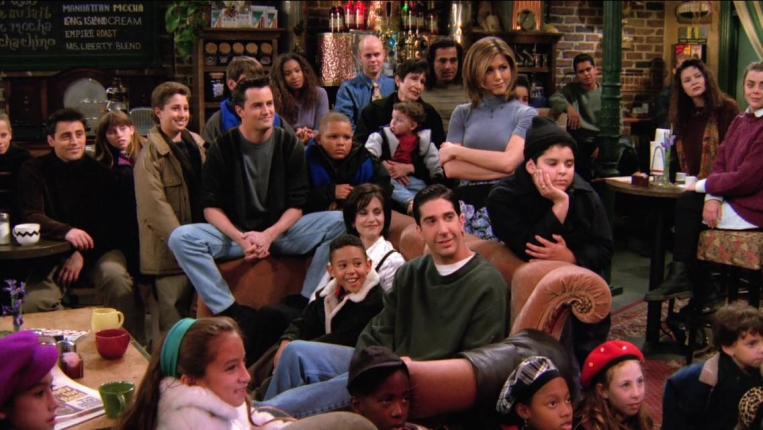 Another – and perhaps the most significant – aspect to the success of Friends was the casting. It’s no secret why Jennifer Aniston’s first Instagram post caused her page to crash. The chemistry and love these six core actors (Jennifer Aniston, Courteney Cox, Lisa Kudrow, Matt LeBlanc, Matthew Perry and David Schwimmer) have for each other is undeniable. Most of them were virtually unknown when they were cast. To go from that to having the final episode ten years later viewed by more than 50 million people must have been a singularly unique experience that only the six of them shared. It’s no wonder that guest stars of the show have later commented on that friendship. In interviews with Today for Friends’ 25th anniversary, Lauren Tom (who guest-starred as “Julie”) said “they would literally walk down the set on Warner Brothers arm-in-arm”, while Vincent Ventresca (better known as “Fun Bobby”) simply said “they were a team”. That camaraderie easily translated through the screen, allowing viewers to feel like they were part of the friendship group too.

… it can still be appreciated for what it is: an incredibly funny, easy-to-watch show that still occasionally surprises you with a welly of heart.

Besides the cast and crew though, some clever scheduling from Friends’ broadcaster NBC helped put the show on the map. The pilot launched between two of the network’s top shows, Mad About You and Seinfeld, before joining NBC’s “Must See TV” Thursday night line-up, overseen by TV veteran and then-NBC executive Warren Littlefield. This was an evening of comedy during which the network hoped to entice that much-sought after audience of 18-to-30-year olds – and it worked. For nine of its ten seasons, Friends kicked off Thursday primetime, leading onto such classics as Will & Grace, Scrubs, Seinfeld and Frasier, making NBC the top-rated network on Thursdays and thus solidifying Friends’ “iconic” status. With the advent of multiple access points for your entertainment – YouTube, Netflix, Amazon Prime, BBC iPlayer and so on – there will probably never be a time when the majority of people watch the same shows, but back in the ‘90s, Friends certainly benefitted from the lack of options. 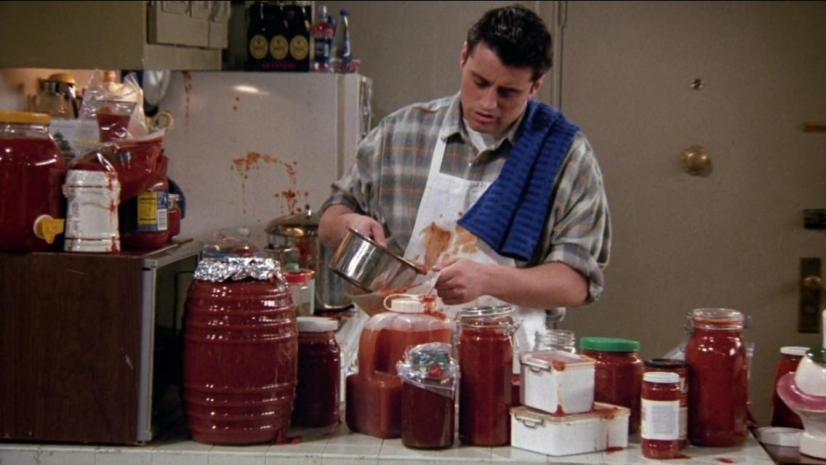 Of course, since then however, re-runs of Friends – first on E4, then on Comedy Central UK, Netflix, and soon to be on HBO Max – have opened up the show to younger, newer audiences. And that’s the thing: Friends still holds up. Sure, there are some jokes or storylines that could be considered problematic – like Ross not liking his son playing with a doll or pretty much everything about “Fat Monica”, or the fact that the show depicts a very white version of New York City – but for the most part, it can still be appreciated for what it is: an incredibly funny, easy-to-watch show that still occasionally surprises you with a welly of heart.

We were on a break with Friends … perhaps we should still be on one?