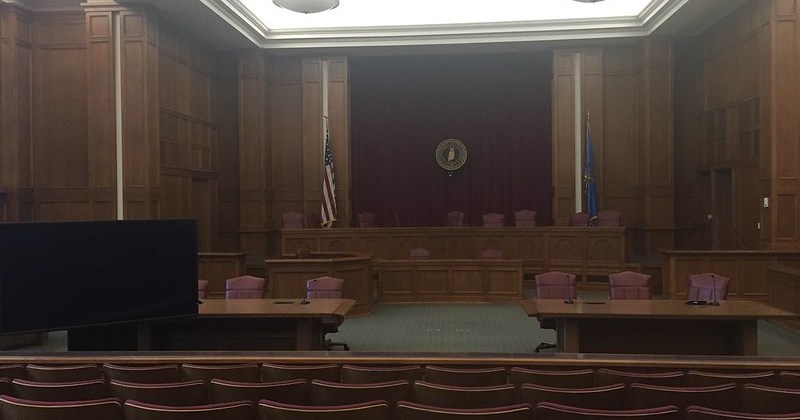 The legal system is often thought of as a safety net for the masses, a platform for disputes to be resolved justly and objectively. Unfortunately, however, judgement is often not impartial, and to a certain extent, this may be due to prejudice against people’s identities. In particular, minority groups experience discrimination in and out of court.

We should appreciate the progression that has already been accomplished, but all too recently

There have been many cases in which justice has been withheld, or not given when it’s due, because of the identity of either the perpetrator or victim. It is no secret that racial and gender prejudices have been prolific and accepted in the recent past, but what is more shocking is that these prejudiced outlooks, to this day, are still apparent in the judicial system. Certainly, we should appreciate the progression that has already been accomplished, but all too recently.

In the UK, it was not until 1919 and the passing of the Sex Disqualification (Removal) Act that women were even allowed to become barristers. In 2015 nearly half (45.8%), of employed barristers in the UK were female. Even considering these increases, gender prejudice is still prevalent within the judicial system, within the profession itself and its professionals- therefore materialising in sentences passed.

One of the numerous cases that has drawn attention to the still relevant issue of gender prejudice in the judicial system is that of People v. Turner. Brock Turner. This 2016 case of a “Stanford athlete” in the US was widely publicised due to its shocking verdict. A jury found Turner guilty of three counts of felony sexual assault. Prosecutors fought for a six-year jail sentence for his crimes, but Turner was sentenced to only six months by the case judge, Aaron Persky, and was released after only serving three. The grounds for such leniency was due to Persky’s ‘concern about the impact of prison on Turner’ but also Turner’s ‘positive character references’ that claimed Turner to be a diligent student, a champion swimmer and an upstanding young man incapable of assault.

White men are treated favourably by the justice system.

This case highlights a common narrative in sex crimes, where the attacker is favoured above the victim. Within this case, there was a plethora of questions that attacked Miller’s credibility, focusing on her sexual history, whether she “did a lot of partying in college” and her level of drunkenness. These questions were all considered permissible points in aiding Turner’s defence- disregarding the fact that Turner was caught sexually assaulting Miller’s unconscious body. Turner’s case gained such notoriety partly due to a moving impact statement released by Miller which touched many and solidified the statement: white men are treated favourably by the justice system.

Equally discernible, is the racial prejudice that is still corrupting worldwide judicial systems. A 2019 government report on arrest figures in the UK shows that ‘Black people were over 3 times as likely to be arrested as White people’. However, racial prejudice isn’t just apparent in incarceration or arrest rates.

Maybe, we will be one step closer to providing the just trials that everyone deserves.

Strides have been made towards creating a more just society, but there’s excessive evidence that there’s still a need for further advancement to ensure that the discriminatory views of the minority become incapable of inflicting their immoral sexist and racist prejudices within the judicial system. This improvement will require the consecutive effort of many through the creation of task forces, increased access to justice, improvement in jury pool representation, conducting educational programmes and encouraging diversity within the profession. Then maybe, we will be one step closer to providing the just trials that everyone deserves.

Featured image courtesy of Vanessa Rodriguez via Flickr. No changes made to this image. Image license found here.

The 10 best stars to have left EastEnders

Friends: The One with the Cultural Phenomenon