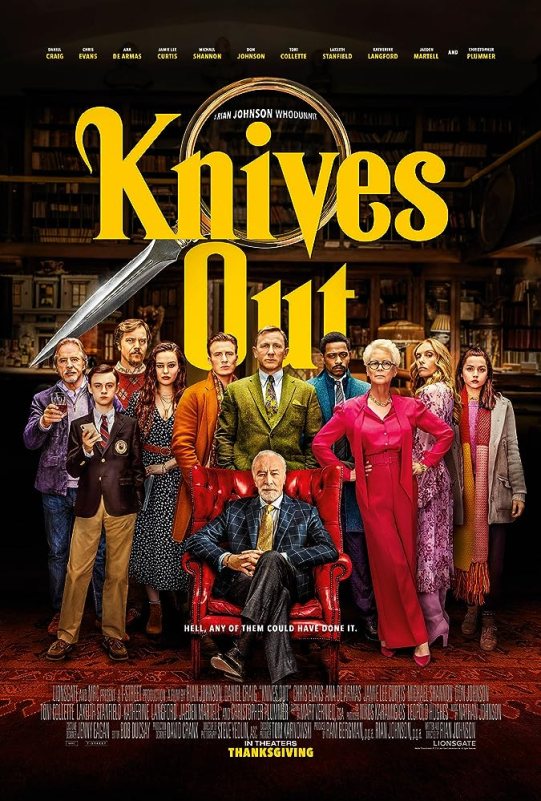 Ah yes. Cluedo. It’s not quite Monopoly in the boardgame hierarchy but it’s definitely up there.

Now, the astute among you will probably say that Jonathan Lynn’s Clue was a perfectly good film adaptation of the game. And you’d be right. So why bother rehashing more of the same, right?

Well, with the recent success of Rian Johnson’s Knives Out, I’d say that murder-mystery films are certainly on the up again. And, more importantly, since the 1985 release of Clue, the way we absorb entertainment has changed drastically.

So, this is what I’m proposing. Just bear with me on this.

Remember Black Mirror: Bandersnatch? For those of you who don’t, the Netflix film dabbled with interactive storytelling. Viewers could make key plot decisions and ultimately decide the outcome of their viewing. It was a pretty interesting experiment.

Here’s where everything gets a little crazy. Why not make an interactive Cluedo film for a platform such as Netflix? Extending the idea, you could take Cluedo’s main conceit that anyone could be the murderer: Not only will you be solving the murder yourself, but the murderer themselves could change.

The gimmick would guarantee an audience. Plus, it melds together the role-playing elements of a board game with the film medium perfectly, and the ‘anyone could’ve done it’ hook adds endless rewatch value; you could pull an entire franchise from the same cast and location(s).

If this project actually comes to fruition, I just want to say you heard it here first.

DOOM is an iconic gaming series, one of the first great First-Person Shooters. Its story (if it can even be called that) is very simple: You play a character fans have dubbed The Doomslayer. You’re stuck on Mars. An interdimensional rift to Hell has been opened on the planet, and now you’re under attack from demons. You kill the demons. The End.

Id Software’s phenomenal 2016 reboot proved there’s still life left in this over 20 year-old franchise, and while it might seem difficult making a compelling film out of ‘Big man shoots monsters’ there are lots of ways to make this a compelling action film.

First – and most obviously – make it rated R. And then?

“the camera will track the Doomslayer’s descent through the circles of Hell.”

1917’s gimmick of looking like all one shot has been praised for making its story more visceral, but it was criticised for being style over substance, prioritising spectacle over character. In a DOOM movie, you don’t really need to worry about character. The one-shot camera would mimic the intensity of the Doom games’ first-person perspective without being disorienting.

Having the movie happen in ‘real time’ also emphasises how long and hard the Doomslayer has to fight, creating a connection with the audience without him having to speak. Just as 1917 tracks its characters through visually distinct sections of a WW1 battlefield – from trenches to green fields to no-man’s-land to a bombed-out town – the camera will track the Doomslayer’s descent through the circles of Hell.

As for those Circles themselves, call up renowned monster-maker Guillermo Del Toro (Hellboy, Pacific Rim, Pan’s Labyrinth) to oversee the design of some properly creepy demons, please.

Add to this skeleton the meat of Mad Max: Fury Road: non-stop, practical action, a pulse-pounding score and the film’s insane post-apocalyptic aesthetic. Most importantly, take cues from Fury Road’s subtle, visual storytelling and worldbuilding. Both properties even have near-silent protagonists (Max and the Doomslayer would get along famously).

A Metroid film has always been a hot topic among fans of the series, due to the potential for both greatness and misery which looms over the idea. This all comes down to the characterisation of protagonist Samus, which is obviously the most important part, since Metroid is structured around her exploring foreign planets by herself while dealing with hostile wildlife and pirates.

It would require a dreary and quiet atmosphere, with Samus being a mostly silent protagonist. However, most Hollywood films require talking throughout most the film, meaning some form of sidekick character that does a lot of talking. This fear of such an addition is slowly being quelled with success of projects like The Mandalorian and A Quiet Place, showing that there is a successful niche for quiet, low-dialogue films.

In terms of who would play Samus, this isn’t as hard as you’d think. Scarlet Johansson obviously…. Just kidding. Captain Marvel star Brie Larson has gone on record saying she wants to make a Metroid film and has dressed as Samus for Halloween in the past, as well as looking the right levels of tough and cool to fit the Samus role – Carol Danvers is pretty much Samus already anyway.

“the Metroid series [could be] Nintendo’s darker, more moody franchise”

The film would strike out on its own, away from pre-existing Metroid storylines as for the most part the series is considered niche nowadays. We can’t expect people to know who Samus is like we can Sonic or Mario. So, it would most likely follow a more novice Samus on an early mission in which she rediscovers her alien Chozo origin, earning her signature suit during the film.

There is a lot of potential for reigniting the Metroid series’ brand by placing itself as Nintendo’s darker, more moody franchise with a box office thriller headed by a famous face. 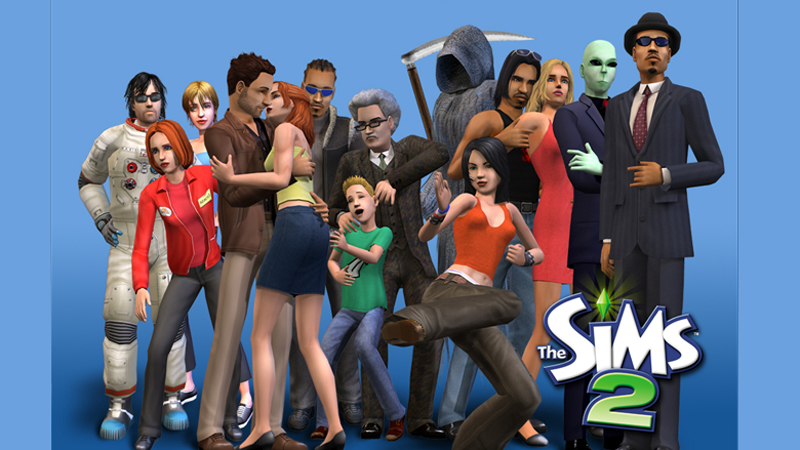 Picture if you will, a Sims sitcom. The seminal life simulation game is custom-built for the format, focusing on bringing the joy out of normally trivial parts of everyday life. This series could follow multiple sims that reflect different playstyles – a regular family, an asshole fame-hungry billionaire, a hermit, etc.

The simulated world of The Sims is also ripe for parody and commentary on modern society – think Atlanta’s intelligent, knowing takes on the music industry, celebrity, cultural appropriation, crime and more. Considering The Sims’ notorious history of product placement and celebrity endorsement (whole expansions dedicated to Diesel and Katy Perry just to name a few) the series is in a prime place for some wry mockery of corporate materialism.

“What happens if the sims become aware of their cosmic manipulator?”

The Sims is also known for its wacky sense of humour, and its flirtation with the paranormal – vampires, aliens, plant people, time travel, magic.

So, as the series goes on, it would introduce weirder and weirder concepts. Think Rick and Morty co-creator Dan Harmon’s Community, which starts out as a regular sitcom but quickly evolves into a pastiche of pop culture meta commentary, genre spoofs and existential dread.

Sitcoms with supernatural elements have worked before – FX’s What We Do in the Shadows has already mined a vampire flat-share for comedy gold, and Robin Williams rose to fame in sitcom Mork & Mindy, where he played an alien trying to pass as human.

There’s also the small fact that in the Sims games the player acts as a god, manipulating and sometimes torturing the poor simulated victims you’ve brought into the world. So what happens if the sims become aware of the cosmic manipulator constantly dicking them over?

The show would culminate in a Truman Show-style storyline where the sims realise the world they’re living in is fake, and they have to grapple with what that means and what to do. 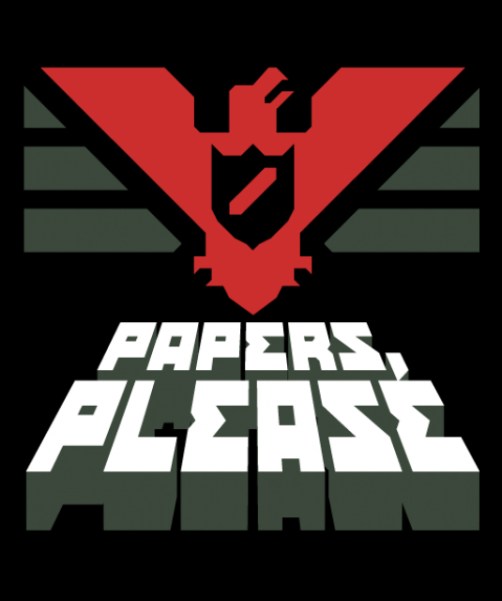 Papers Please’s story of a document-checker on the border of brutal fictional regime Arstotzka sounds like it’d make for a boring film, but YouTuber ?????? ????????? (Nikita Ordynsky)’s fantastic short film of the same name has already proven otherwise. Ordynsky’s 11-minute piece thrills the audience as it reflects the heart-rending moral dilemmas the checkpoint worker wrestles with every day. It’s well worth watching, and a feature-length film or TV series would be just as interesting.

“a series based on that torturous balance between what’s right and what will save you.”

In the game, people beg you for sanctuary from abuse, war and death while mysterious order EZIC promise you a better future in return for favours. All of this happens while supporting your family, and your pay is determined by how many people you get through per day. So, you rush, making mistakes, and every mistake means lost money, which means you can’t afford the expensive medicine your ailing children need.

A film based around that moral resource management would be fascinating: Meet the protagonist, so woefully underpaid he must alternate between feeding his family and paying for heating each day, receiving new rules for how to do his job every week. His superiors observe every step he makes, unforgivingly criticising how long it takes him to get used the new rules. He gets fined. His son becomes ill.

There’s no way out, and then a woman is at his checkpoint begging him not to let her abuser through, next in line with the correct documentation. He puts enough money on the table to make the protagonists’ problems disappear. A week later he reads in the paper that the woman is dead, but his son is breathing clearly for the first time in months. Everything seems okay, but then the Inspector arrives. They know something’s wrong.

These are the kinds of moral curveballs Papers Please throws at you on the regular. I would LOVE a series based on that torturous balance between what’s right and what will save you.

‘Off the Wall’ – The Art Exhibition Coming to Lakeside Arts