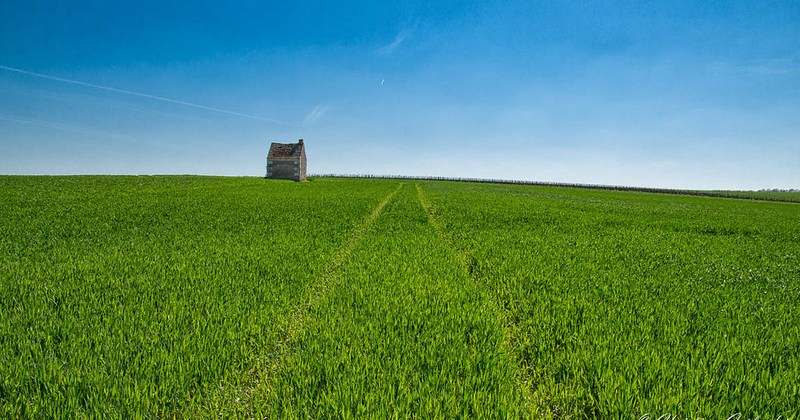 The word ‘unprecedented’ has been cropping up in every news report, article, and Facebook post of late. But these really are unprecedented times. Coronavirus has led to a worldwide lockdown, breaching our basic human rights in a bid to rid the world of this virus. With his announcement on the evening of the 23rd of March, the PM enforced a nationwide lockdown, instructing us not to leave our homes unless absolutely essential. However, this message has had varied interpretations across the country…

The lack of transport links to the rest of the country has its downfalls, but as of late it’s been more beneficial than ever

We all know the importance of adhering to the rules, and we’ve seen the consequences if we don’t. We only need to look at Italy or Spain to understand the severity of the situation and the threat our country faces. Yet, since returning home to my family in the countryside, I have seen first-hand what this ‘lockdown’ means for residents of remoter parts of the country. Suffolk is a coastal farming county, so rural it doesn’t even have a motorway. Usually, the lack of transport links to the rest of the country has its downfalls, but as of late it’s been more beneficial than ever.

According to the BBC, as of 9.A.M  on the 27th of March, the county of Suffolk has 42 confirmed cases of Covid-19 out of a local population of 758,500, with only 1 confirmed death. Compare this to London, which has a total of 3,919 confirmed cases – the real number estimated to be even greater than this – and it’s clear that the isolated British countryside with its low population has eased transmission of the virus. For now…

In my town things really don’t seem too different from the norm. People are still roaming around town, visiting the beach, and children are playing games in the park. The local supermarket has limited the amount of people in at one time, but people have made the most of the queue in the carpark to have a natter and catch up on all the small-town gossip. The limited pubs, restaurants and cafes have closed, but many remain open for takeaway orders – even the chip shop is open for business. ‘Lockdown’ seems to denote something entirely different to these folks.

While it’s reassuring to see people carrying on with their lives as normal, and admittedly, it does distract from the fact there is a literal pandemic infecting the entire world, this obviously has its own repercussions. For the time being it’s unlikely the virus is in our small town, but it will get here eventually – whether that’s tomorrow, next week or next month – it will happen. And when it does? Well, if people continue to flout these social distancing rules, it will spread like wildfire.

On the flipside of this, it seems ridiculous that I shouldn’t be able to visit my boyfriend, who lives half an hour’s drive away. I guess this goes for anyone who is isolating at home away from their partner. Assuming both our families are well, who do I risk infecting when I drive from my house to his and come into no other contact with the outside world? Likewise, with the recent crackdown of non–essential travel on the roads, it seems absurd that I can’t drive to a nearby public woodland to walk my dog, especially considering you won’t find a policeman anywhere to stop you. Instead I’m encouraged to walk my dog in town, where I’m guaranteed to bump into people and risk contracting the virus.

The fuzzy rules of lockdown require the application of common-sense

It seems like the fuzzy rules of lockdown require the application of common-sense. If I think it’s safest for me to venture away from civilisation I will continue to do so, even if this means bending the rules a bit. I expect this is the reasoning of most rural residents. A small town 30 miles from a city is considered pretty safe territory. What’s more, rural towns and villages have a strong community feel, and we are creatures of habit after all. No virus is going to stop Glenda’s daily trip to the newsagents to have a chinwag with every Tom, Dick and Harry she encounters on the way.

From what I can tell, cities have been a lot more efficient implementing their lockdowns. During my last few days in Nottingham, Lenton was like a ghost town. People were confined to their homes and gardens and most shops had already closed. Obviously, there is the warranted fear that you’re at a higher risk in cities, which understandably provide breeding grounds for highly infectious viruses. Consequently, isolating has become second nature to city inhabitants.

It’s also a lot easier to isolate in a city. You can get food delivered to your door in a heartbeat thanks to Deliveroo and Uber–eats. And although it’s still a challenge getting a delivery slot if you order your weekly shop online, I guarantee you it will arrive sooner than it will out here. More importantly, the availability of hospitals and faster responses of the ambulance service in cities will be a matter of life or death for some. Perhaps Suffolk’s aging population should be a little less ignorant…

The science suggests the countryside is merely delayed.

The science suggests the countryside is merely delayed. In weeks to come, the virus will have found its way over to rural areas where our relaxed response to lockdown will prove to have profound repercussions. What’s more, with the warmer weather and Easter on the horizon, London’s second homeowners will soon come flocking. East Anglia is a popular region for holiday homes, and already, many fortunate Londoners appear to have made the move over here for the foreseeable future. Really, nowhere is safe. I for one would rather be here, where at least the situation is mitigated, but who knows how long that will last.

Featured image courtesy of christian GRELARD via Flickr. No changes made to this image. Image license found here.

How to Stay Fit in Isolation

There Really is a Silver Lining to Every Cloud