There Really is a Silver Lining to Every Cloud 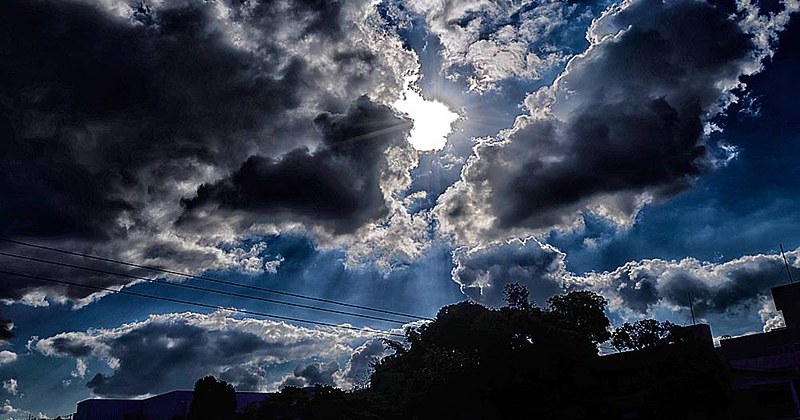 Last Monday, from a desk in Downing Street, the Prime Minister of the United Kingdom gave the British people a very simple instruction: you must stay at home. So, with the UK now officially on ‘lockdown’, at my very own desk, parked in front of my shrinking laptop screen, it is difficult to see anything but hard times ahead for many weeks to come. Yet, there is still so much to be hopeful for.

In many ways it feels surreal. Just a matter of weeks ago, media headlines worried endlessly about the fate of Meghan and Harry following their abrupt exit from full time royal duties. How insignificant it all seems now as we are confined to our houses; no longer able leave them for anything that is not deemed as “absolutely necessary”.

But as we catch ourselves yearning for a trip to the pub or our favourite local café, it is important to remember that going out for our meals and our drinks is missed most sorely not because of our love for cool pint of lager, nor a steaming hot Greggs. We instead miss our pubs, clubs and cafes because we miss social interaction.

Because loneliness, anxiety and stress may, in the end, prove more harmful than the virus itself

So innate is our need for meaningful and sustained contact with our fellow humans that long periods alone can have serious adverse effects on our mental health. Those who suffer from pre-existing mental health problems are particularly at risk, but it is true to say that we are all, to varying degrees, vulnerable. Studies even show that loneliness’ effects often go far beyond the mental, and seriously impact our physical health. It is time we start talking not only about the new pathogen but about the various additional mental health stresses that accompany it. Because loneliness, anxiety and stress may, in the end, prove more harmful than the virus itself.

COVID-19 has been covered by the media more than any other major public health crisis in history. Sadly, it is fake news and misinformation that have characterised this media explosion. The unknown and unpredictable nature of the spread of misinformation around corona virus has led to the naming of the phenomena as an ‘infodemic’.

Amid this, social media has again shown its ugly side with the platform becoming the epicentre of fake news. In particular, WhatsApp and other encrypted messaging apps have been used to spread chain messages containing faulty and even dangerous medical advice.

At a time of global crisis, one may hope that the leader of the free world could be counted on to act swiftly and with an informed level headedness. However, in 2020 one’s hope is found misplaced as President Donald Trump has (again) given us proof that he is the very antithesis of measured and professional. His dogged insistence on referring to COVID-19 as ‘the China virus’ sums up his fantastic aptitude in the art of saying all the wrong things at just the wrong times.

All hope is not lost.

However, all hope is not lost. The times we live in are indeed unprecedented, but that does not mean all news is bad news. As China sees the number of new domestic cases drop to zero and South Korea shows early signs of reaching the peak of its epidemic trajectory, there are now concrete examples of how we can battle this virus and win.

COVID-19 has also bought to the forefront humanity’s amazing ability to pull together at times of crisis. Stories of selfless acts of kindness and community spirit are covered in the media if one looks just beyond the threatening headlines. Over half a million British people volunteered to help relieve the stress on the NHS and countless groups across the country have created flyers to post through letter boxes offering help to those in self isolation. Rainbows line the windows of houses across the nation reminding us to keep smiling and remain positive.

Even politics, so often depressingly toxic, has shown some sign of change. It is because a spell of civil unrest so often provides the perfect conditions for new political ideas to emerge that COVID-19 has caused a renaissance in the idea of Universal Basic Income (UBI). After seeing a brief spell in the limelight during businessman Andrew Yang’s run for US president, UBI has since suffered from the label of ‘extreme’ or ‘idealist’.

However, given the world’s current situation the  case for UBI has never been stronger than now. And although it is those on the left that have championed UBI most publicly, even some on the political right are condoning UBI, namely Conservative MP Sir Edward Leigh and US Republican senator Mitt Romney. As ironic as this may sound, it was in fact father of the free market, Milton Freidman, who popularised the idea back in the 1960s.

At the end of the day, being stuck at home is really not all that bad. Perhaps this social detox will be good for us. It is a time for many of us to stop and appreciate the quietness and stillness of a slower life. Boredom is a feeling that escapes so many of us in the 21st century, that without a proper appreciation of the sensation, can quickly turn into a depressing ennui. I urge you to enjoy boredom. Think about it. Write about it. Remember it. For in a few months times you may find yourself complaining about stress and sizable workloads.

This quiet time also gives us an opportunity to be productive. We now all have the time to pick up that book that we always told ourselves we would; draw that house opposite with the funny pokey-out chimney or clean out the loft that weighs so heavy above us. As Impact wrote recently, there is so much to keep you occupied.

For now, it is simply imperative that we practise social distancing. For, however fatigued this message may sound, the efficacy of its advice when followed will never tire. Because, it is by coming to together – by staying apart – that our great international community will raise its head above the parapet, sobered but hopeful of a better world.

Featured image courtesy of digitearte via Flickr. No changes made to this image. Image license found here.

All coronavirus-related statistics were correct at the time of writing.

How has the Coronavirus Affected my Second Year of University?