Lockdown Restrictions: Should They Be Tightened or Loosened? 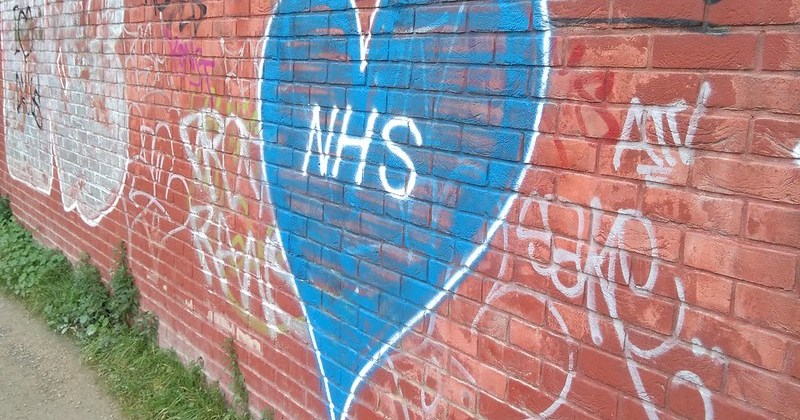 I experienced first-hand the COVID-19 situation in Spain. I had been studying in Zaragoza since January and then returned to the UK on the 18th of March after being given permission from the Year Abroad Team. I saw how quickly the disease spread, and how quickly it overwhelmed Spain. It is now the most badly affected European country.

A state of alarm was announced on the 13th of March and lockdown was imposed on the 15th. In La Rioja, which is the smallest and least populated region, a whole town was placed into quarantine on the 7th of March because people from the town had attended a funeral in the neighbouring Basque country. This turned out to be the source of 60 cases, which then propagated and became more.

Surely the UK had more time to plan suitably to avoid such a high number of cases as it could see the events unfolding in Europe?

The main issue is the difference between the response and restrictions of the UK and other countries. Surely the UK had more time to plan suitably to avoid such a high number of cases as it could see the events unfolding in Europe?

When Boris Johnson announced that the UK would be going into lockdown a few weeks ago I was not surprised. In fact, I was surprised that the UK had not introduced more restrictive measures before the 23rd of March, especially seeing as the government should have been able to observe the severity of the virus in other European countries such as Italy, Spain and France.

By the time the Prime Minister of Spain had imposed the state of alarm (the 15th of March), the UK already had 2,674 cases confirmed, and by the 23rd of March we had over 11,000 cases. In comparison, Spain had 33,089 cases on the 23rd despite the lockdown having been in place for almost two weeks. Action should have been taken sooner in the UK to save lives.

Portugal is a shining example of a country that put in place sufficient measurements rapidly to save lives. It recognised how important it was to act fast. Shortly after the WHO named COVID-19 as a pandemic, Portugal declared a state of emergency. In my eyes, the UK should have done the same as soon as COVID-19 moved from being an epidemic to a pandemic.

I have often thought that we should avoid ‘politicising’ this awful situation. But, looking at these figures, I find it hard to hold back my anger. I can understand that COVID-19 is massively unprecedented, therefore I acknowledge that governments around the world will make mistakes and have their own strategies for dealing with the pandemic. Yet, it is also perfectly acceptable to be angry with the Conservative cabinet for not reacting sooner to the situation in Italy and Spain. The delay in Johnson announcing an official lockdown undoubtedly cost lives.

Schools and universities were closed far too late

Likewise, social distancing advice given by the government before lockdown started was ambivalent. Schools and universities were closed far too late, which I consider a major error seeing as these are hot spots for illnesses spreading, particularly in primary schools where younger pupils do not necessarily practice good hygiene. Additionally, people were still going to their local pub even as things were getting more serious just before lockdown became official. It was as if the UK had not yet opened its eyes to the reality of the severity of COVID-19.

Certainly, the government’s herd immunity theory was flawed, and I consider it a major factor behind our slow and poor response. Luckily the government changed their approach and the spread of COVID-19 has decreased thanks to the eventual lock down. But Johnson should have been more proactive.

Personally, I think that the UK should be doing more to reduce the spread of COVID-19. We have been given the liberty of being able to go outside for that golden one hour of exercise a day. This is generous to say the least. In Spain, you can only go out to shop for groceries (as infrequently as possible) or for medical reasons. There is no allowance for exercise or strolling around parks.

Seeing people flocking to beaches over the bank holiday or sunbathing on Primrose Hill angered me further. While they were practising the ‘2 metre apart’ rule that is now drilled into our minds, I was still left dumbstruck over the selfishness of these people. Lockdown clearly states that you cannot leave your household for reasons other than exercise, food shopping and medical issues. Yet, it appears that these people were trying to benefit from the warm weather, potentially at the expense of the health of others.

medical staff are using bin bags as an alternative to PPE

I think it is vital that we all stay at home to reduce the pressure on the NHS. We have not even reached our peak yet and NHS and care workers are already complaining about shortages of PPE. I also fear about the availability of ventilators: will there be enough to keep up with the progression of the virus? Boris missed the deadline to apply for an EU scheme to obtain ventilators and medical staff are using bin bags as an alternative to PPE. 19 NHS staff have died as of the 11th of April.

On the topic of PPE and the NHS, the long reign of the Conservative Party has undoubtedly caused a huge dent in the capacity of the NHS. Funding has been slashed over the last decade due to a long period of austerity. Spending per capita in the UK is only £3,052, in contrast to £3,356 per head in France, £4,003 in Germany and £4,060 in the Netherlands. I also wonder where the £350 million a week that we were promised by the Leave campaign has vanished to… no wonder the NHS is struggling during this pandemic.

These two things considered, I believe that the blame mostly lies with the inaction of the Conservative government for failing to impose a lockdown sooner. Johnson’s unforgivable errors have prevented NHS and social workers from being able to do their job properly. This has cost them their lives. But I also insist that the minority that is flouting governmental advice need to stop and be responsible. The UK might end up accounting for 40% of all European coronavirus cases, according to the Institute of Health Metrics and Evaluation, which will mean a possible 66,000 deaths. Anyone can spread the virus and going out for non-essential reasons will flood the NHS with more cases. Stay at home and protect the NHS.

Featured image courtesy of  Gordon Joly via Flickr. No changes made to this image. Image license found here.