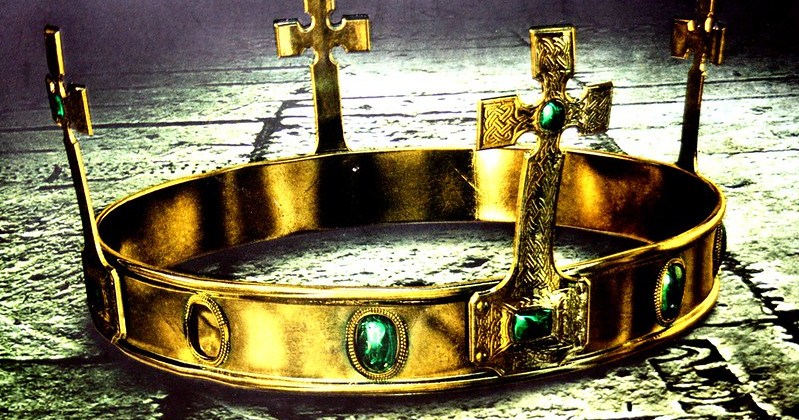 Netflix’s The Crown makes us a fly on the wall in the private lives of the Royal Family.

Over three series it has grown a large following and an even larger $50 million budget, much of which is spent on the elaborate costumes.

These costumes are the work of three-time Emmy winner Michelle Clapton, who has previously worked on Game of Thrones and Mamma Mia 2. Her and her team have access to extensive archives on the Royal Family and their outfits, to the extent that hairdresser Cate Hall owns a month-by-month scrapbook of the hairstyles of each member.

Behind closed doors, there is more opportunity for fun and for using the wardrobes to showcase the different characters.

This research is a huge reason why The Crown is so popular – it feels right. There is much discussion of how realistic the show actually is in its depiction of certain events and it is almost certain that the artistic license of TV allows for a more glamorous version of real life. On the other hand, when even Royals such as Princess Eugenie, Camilla Parker-Bowles and Zara Tindall are reported to have watched the show, it must be fairly close to the truth.

Walking in the footsteps of The Crown. Photos by @steppingthroughfilm

In many cases, the costumes by necessity are a carbon copy of real life, especially for large, much watched state occasions. Behind closed doors, there is more opportunity for fun and for using the wardrobes to showcase the different characters.

The Queen Mother gets stuck in her role, and her outfits mirror this by getting stuck too and don’t tend to change overly through the latest series.

Starting with the Queen herself, in Series One she is similarly dressed to sister Princess Margaret, ‘pretty’ clothes clearly influenced by her mother. Quickly, she is removed from her mother’s influence as she finds her place in her new role as Queen. Her outfits highlight her initial uncertainty with solid, armour-like blocks of strong colours trying, perhaps, to appear tougher and more in control than she actually feels.

While the Queen sees her clothes as a job and a uniform, her sister Princess Margaret is very different and this is apparent in their clothing choices. In a breakfast scene between them, Margaret is in a Kaftan and diamonds with a cigarette in her hand, joyful and ahead of her time. In contrast, the Queen is in a skirt suit looking much more formal and pent-up. It therefore makes sense that Michelle Clapton looked outside of the Royal Family when researching her outfits and found influence from the glamour and flamboyance of movie stars of the time period.

Elizabeth and Philip. A partnership that endures. #TheCrown

Moving onto the other characters, Prince Phillip is dapper without drawing attention to himself, as befits the husband of the Queen. While remaining in the background, he carries himself well. This is massively in contrast to his under confident son Prince Charles, who always looks slightly uncomfortable and like he doesn’t quite fit.

The Queens Mother gets stuck in her role, and her outfits mirror this by getting stuck too and don’t tend to change overly through the latest series. Costume designers cite Princess Anne as much more fun to dress and very chic.

As the Crown has been renewed for Season Four, there will be a new challenge, fashion icon of her time Princess Diana. As well as recreating some of her famous looks, not least her huge wedding dress, there will be a lot of opportunity to show her story behind her public appearance.

Lockdown Restrictions: Should They Be Tightened or Loosened?