Staying on Track: How One Student Balances University with a Professional Racing Career 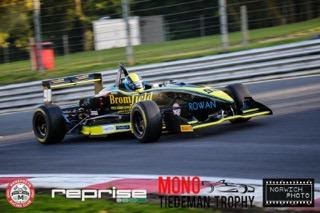 It’s a windy January morning and most university students are braving the cold to attend lectures or banging their heads against textbooks in the library in the hopes that the history of the Middle Ages will soak into their brain via osmosis. Not Alex Fores, a twenty-year-old student from Bucks. He is currently admiring his new, custom-designed race car whilst standing on the internationally famous grounds of Silverstone Circuit, the home of the British Grand Prix. 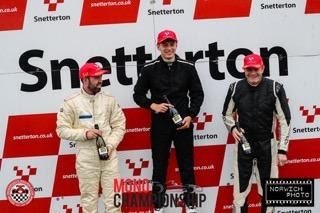 Fores, a mechanical engineering undergraduate, is just one example of a university student balancing an elite sport alongside a degree. His passion for racing began at a young age having watched his father, himself a professional racing car driver, follow the same career path. Karting from the age of eight, Fores became well aware of the sacrifices one must make in order to juggle success as a sportsman with academic endeavours. I asked him whether he felt his degree was taking a back seat (pardon the pun) to his aspirations within the racing industry, to which he replied: “If I’m being perfectly honest, I suppose I would have to call my degree a backup plan. Of course, I want to excel in my academics; racing, like any sport, has an early retirement age, so I’ll need to reinvent myself one day. However, racing professionally is, at the moment, my Plan A. I just feel pretty lucky that university offers me the opportunity to pursue both my passion and my academics simultaneously.”

As an outsider with limited knowledge of the racing world, I asked Fores to expand on the physicality required for professional racing: “I think many people underestimate how physical racing really is. It’s easy to think motorsport is comparable to normal, everyday road driving. However, the aerodynamics and speed involved in track racing mean drivers need to have impressive amounts of upper body strength in order to maintain control of the wheel. Braking at high speeds is also a challenge, and the force needed to bring a car travelling at speeds of up to 170mph to a stop is immense.”

Whilst stricter regulations, as well as car and track modifications, have significantly lowered the dangers for current drivers, accidents do still happen. 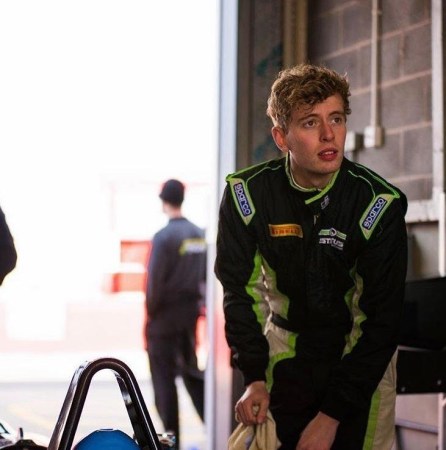 At this point, we delved into some of the risks associated with motorsport. Whilst stricter regulations, as well as car and track modifications, have significantly lowered the dangers for current drivers, accidents do still happen. An example of such the death of 25-year-old Formula One driver Jules Bianchi in 2015, from injuries he sustained during the 2014 Japanese Grand Prix. Fores relayed a frightening experience of his own: “Minor crashes in motorsport aren’t uncommon. I, myself, once crashed at 60mph head on during a testing due to a brake failure. Afterward, people asked me if I was scared, knowing in that moment that I was travelling at such high speeds and no longer in complete control. My reply may surprise them, but the answer is: no. I wasn’t frightened at all. Everything happens much too fast for the feeling of fear to set in. And yet, at the same time, I also felt as though I was moving in slow motion. Time almost stops for those few seconds as you realise that the car isn’t responding in the way you’d expected. It’s an odd feeling, unlike anything I’ve ever experienced. Thankfully, the crash wasn’t serious; bad accidents are not such common occurrences nowadays.”

“My long-term aspirations all revolve, largely, around racing.”

Fores races at a very high level already, but I asked him to provide an insight into what would be required if he is to progress even further within the racing world: “I’m currently racing at Formula 3 level. I’m pretty blessed to have a sponsor who has supported me and enabled me to race in some of the events that I already have. In order to continue progressing within the racing world, you need a lot of money. My current race car is probably worth around £100,000, and the Mercedes Benz engine itself makes up half of that. My custom-made suit was another £1500. Talent is important in the racing world, but so is money. You can’t have one without the other if you want to succeed. To break into F1, these figures skyrocket once again.” To provide a bit of context, if a driver wants to make it into Formula 1, they must be picked up and signed by one of ten racing teams. The cost of an F1 driver’s racing car then depends on the size of their team. Larger teams, like Ferrari, Mercedes, Red Bull and McLaren, may spend up to £300 million developing cars for the upcoming season. Racing is a pricey business. 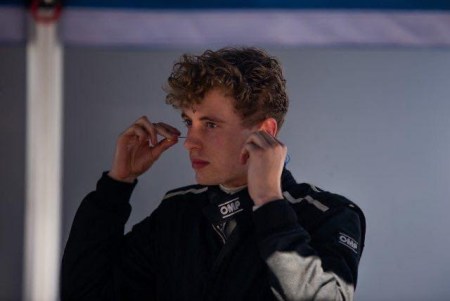 To wrap up our interview, I asked Fores about his long-term goals. It’s not everyday you meet a part-time student, part-time pro-racer; I was intrigued to know what he envisaged for his future and whether he felt his degree would play a major part in that: “My long-term aspirations all revolve, largely, around racing. I love uni, and I’m so glad that pursuing my passion for racing has not prevented me from having the full, student-experience. The flexibility of university is amazing for any elite sportsperson, as it enables them to personalise their own schedule so that they can continue juggling all their interests at once. My degree will definitely come in handy, maybe not for a little while yet but I’ll be very grateful to have a qualification in years to come. Who knows what my plans may consist of in five- or ten-years’ time? For now, though, my ultimate dream is to race at the Monaco Grand Prix. Thinking big, I know, but you have to think big in racing. If you don’t, you can be sure that someone else will, and they’ll be snapping at your heels before you know it.”