The Dawn of Deep-Sea Mining: How Financial Greed Could Spell More Trouble for Life on Earth

It appears as though the oceans are set to become the next commercial frontiers. Conversations are being had about the impending practice of mass deep-sea mining and its lucrativeness, much to the distaste of environmentalists. In a world already bludgeoned by excessive human contact, people are questioning the ethics behind a maritime endeavour that could wipe out entire ecosystems.

Despite the nuances of deep-sea mining, it’s a fairly straightforward practice. It involves the extraction of minerals and rare metals such as cobalt and lithium from the seabed using high-tech machinery. The demand is there because some are concerned our mass production of technology is creating a shortage in metal, and the deep-sea has a vast supply of such an amenity. For instance, it’s estimated there are a whopping 4.5 billion tonnes of uranium in our oceans.

Given the amalgam of resources present in the seas, it’s understandable why many mining corporations want to gain legal access to them. However, environmental scientists around the world are warning governments and corporations of the awful effects deep-sea mining will likely have on biodiversity.

Incessant scraping of the seabed can destroy habitats and drastically affect the ecosystems therein; since many species are endemic to certain areas of the sea, redistribution isn’t possible. Mining equipment can emit intense noise and light pollution, disturbing creatures such as whales and sharks. Some forms of deep-sea mining are also expected to disturb sediments on the bed, causing them to fly up into the waters and disrupt the habits of filter-feeding species such as krill. They need the continual presence of clean water to survive.

Nature is very much like a game of KerPlunk. The more you start taking pieces of the system away, the more likely it is to collapse completely

It isn’t just life in the sea that’s at risk, either. As Greenpeace campaigner Louise Casson says, deep-sea mining could have terrible consequences for humankind. We all exist in an organic system. Nature is very much like a game of KerPlunk. The more you start taking pieces of the system away, the more likely it is to collapse completely.

Secretary-General of the International Seabed Authority (ISA) Michael Lodge isn’t too concerned about deep-sea mining; ‘I don’t believe people should worry so much,’ he says. ‘There’s certainly an impact in the area that’s mined, because you are creating an environmental disturbance, but we can find ways to manage that.’

Many would call Lodge’s attempt to ameliorate anxieties weak-natured. The concern is that the information presented in these kinds of attempts are vague and clandestine. People are convinced those in charge are simply choosing not to address the severity of the issue because of the financial incentives the endeavour is stirring up; $2.2 billion (USD) could be the revenue generated for mining corporations worldwide.

Many understand money-making to be a notorious rabbit hole. Since we cannot grasp the long-term effects right now, we don’t consider their inevitability. We keep going and going and going until we can go no further. It is at this point the effects of our actions are often irreversible. 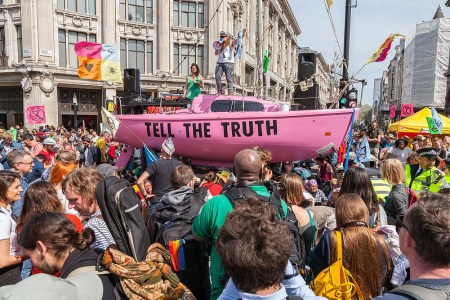 Some have proposed even the United Nations are complicit in the monetisation of the oceans. They have asked the International Seabed Authority to try and cultivate the most environmentally friendly approach to deep-sea mining. They have not asked them to try and prohibit it.

Finding a sustainable route to deep-sea mining probably isn’t impossible. The nuances of technological advancements aren’t exactly few and far between for the human race. We still know so little about our oceans and the frameworks through which they operate and, as such, the ISA has granted 29 exploratory licenses internationally. The aim has been for people to try and gain more accurate information about the seabed and the extent of its resilience.

As well as the United Nations, the UK government caused uproar when they were discovered to be holding the highest amount of deep-sea mining licenses after China. A spokesperson subsequently said, ‘the UK continues to press for the highest international environmental standards, including on deep-sea mineral extraction.’

The promises of sustainable mining are certainly there. But we do have to question how much of the ocean we can learn about in such a short span of time.

A collated space almost akin to the size of Mongolia has already been offered as a canvas on which scientific research can be conducted. It spreads across three of the world’s major oceans. Since 2020 is expected to be the year deep-sea mining kicks off, is it realistic of us to expect we will ascertain all the information necessary to deciding which areas (if any) are better suited to mining?

There is always the option of perpetuating a more circular economy and having the value of recycling metals poured into the international consciousness. This alternative is being ignored and it is understandable why, due to the rapidity of the planning process for mass deep-sea mining, some believe money is doing all the talking.

The incentive of rapacious financial gain appears to be outweighing the desire to keep our oceans safe, both for our marine life and for ourselves

Whatever truly lies at the heart of the desire for deep-sea mining will continue to be debated. The dismissal of scientific input, however, is indisputably worrying. The incentive of rapacious financial gain appears to be outweighing the desire to keep our oceans safe, both for our marine life and for ourselves.

The effects of the endeavour may not be pellucid to us as of now. But, perhaps we should consider a theme in our species’ historical approach to the extraction of natural resources. In an interview with Oprah Winfrey, self-development author Marianne Williamson summed it up perfectly: ‘we’re the only species known to systematically destroy our own habitat.’

Our tradition of self-destruction can be vanquished at any time. But, with commercial deep-sea mining on the horizon, some may say we have never been further from changing our ways.

Featured imaged courtesy of Damian Gadal via Flickr . Image license found here. No changes were made to this image.

In article image courtesy of Mark Ramsay via Flickr. Image license found here. No changes were made to this image.

Freshers Uncertainty in the Midst of the Coronavirus

How Coronavirus Has Affected My First Year University Experience