‘The Best Or Nothing’: Mercedes-Benz’s Champion Engineering Goes Beyond The Track 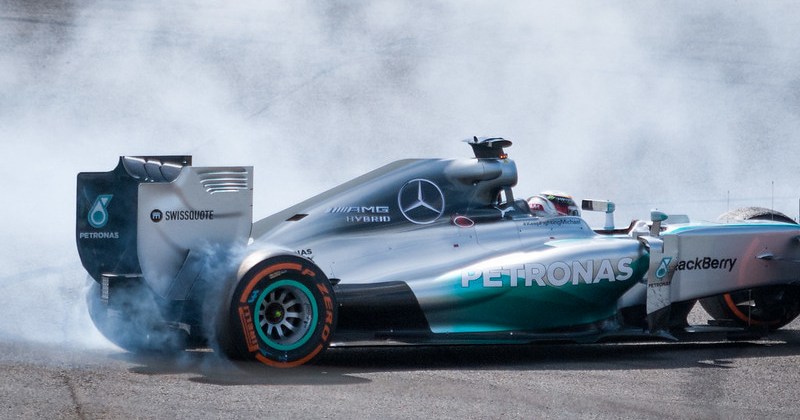 The announcement of the postponement of the Canadian Grand Prix on the 7th April in light of the Coronavirus, made it the 9th race of the 2020 Formula 1 season to have been postponed. With the start of the season stalled, the drivers have been on a winter break longer than they could ever have predicted.

However, for the team constructors, a new project presented itself. Some of the most skilled engineers in the world set about designing breathing aids to assist hospitals with shortages of ventilators.

World champions for the past 6 years straight, Mercedes-Benz engineers worked with those from University College London as part of Formula 1’s ‘Project Pitlane’, established to provide solutions to the global ventilator shortage. 100 hours after their first meeting, the first device was being produced. The Mercedes AMG Technology Centre is now producing 1000 devices a day to meet an NHS order of 10,000.

Formula 1 is a sport driven by technological advancement and innovation. The slightest nuances in design can slice tenths of seconds off lap times, the difference between 1st and 2nd. This is the level of precision and perfection teams work to. Such tiny margins for error have produced huge technological innovations. An F1 car’s V6 turbo-hybrid power unit took thermal efficiency from 2.9% to 50% in 6 years. Developments in aerodynamic and carbon fibre technology is applied in other sports too, including sailing and cycling. Technology imagined and perfected in Formula 1 is bringing innovation to vital real-world institutions. Their data systems are replicated in hospitals to help monitor patients. This sport is pioneering in shaping and improving the world around us.

At it’s core, innovation should be centred on making things better, and nothing more so than people’s lives. Motorsport would appear capable of that too, specifically regarding driver inclusion. Promising 20-year-old British Formula 3 driver Billy Monger’s goal for a F1 seat one day seemed torn from him when a horrific crash in April 2017 forced the amputation of both his legs. 3 months later, he was back behind the wheel of a car. Engineers had designed adaptations specifically tailored to his new requirements: moving the brake pedal higher up for his prosthetic to reach and creating hand controls for acceleration. These, combined with Billy’s extraordinary will and mental strength has made the seemingly impossible, possible again. Billy is the first disabled driver to drive a single-seater car in F3.

Formula 1 is driving technological advancements and their innovation is not only paying off for them competitively, but for the wider population

Innovation drives inclusion. The accessibility of wheelchair sports has risen with the development of chairs with factors such as aerodynamics, agility and speed at the heart of their design, tailored to suit the requirements of individual sports. Although these can come at a hefty price tag for the user, it is nonetheless a prime example of the value of technological innovation in sports.

Technology, now more than ever, has a hugely influential role in a multitude of sports, no matter how human or mechanical they are. In the pursuit of greatness, Formula 1 is driving technological advancements and their innovation is not only paying off for them competitively, but for the wider population and the planet in what they can bring to the world as a whole.

Featured image used courtesy of Jake Archibald via Flickr. No changes were made to this image. Image use license here.

The Forgettable Obscurity Of Apple TV+

What Has Caused The Crisis In Yemen?