Equality And Diversity Crisis In Chemistry

An “offensive and misguided” opinion piece published in a highly respected Chemistry journal went viral after being tweeted by Matt Cliffe, a chemist at the University of Nottingham. There was uproar from the Chemistry community due to statements suggesting efforts to improve the “diversity of the workforce” result in “discrimination against the most meritorious candidates” and that efforts to give women a greater voice at conferences “diminish the contributions by men”.

What Is The Controversy?

Published by the journal Angewandte Chemie on the 4th of June 2020, the article was an opinion piece by Tomáš Hudlický. It featured his thoughts on various factors which he claims influence the development of synthetic organic chemistry. To fully drive home his beliefs, a diagram explicitly identifying workforce diversity as a negative influence was included. Beyond unfounded statements about equality and diversity, the article also suggested that there should be “an unconditional submission of the apprentice to his/her master”, referring to the student-supervisor relationship.

That the article was published by the journal at all is of great concern. Two editors and two peer reviewers (other chemists who read an article to assess whether it is scientifically accurate and offers a useful contribution to the field) deemed it appropriate for publication.

How Did The Community Respond?

Given that the article expresses anti-diversity opinions, one could understandably worry that these views are prevalent in the wider chemistry and science communities. After all, at least 4 people believed there was merit to the article.

“Actions based on these discussions will be needed”

Impact spoke to Andy Nortcliffe who is the Director of Equality, Diversity, and Inclusivity (EDI) in the School of Chemistry at the University of Nottingham and chairs the School EDI committee. Andy, whilst emphasising that he cannot speak for the entire community, points to the response the article received shortly after its publication on social media and by scientists across the globe.

Many, including Nobel Prize winners, spoke out against the article. Twenty-five Chemical Societies (including GDCh, who publish the journal in question) world-wide signed a statement issued by the Royal Society of Chemistry. It declares “some in our community still hold attitudes that are outdated, offensive and discriminatory. We will not stand for this.”

How Did The Journal Respond?

The journal quickly took the article down after it went viral. It was replaced with a statement apologising for “failing the community that puts their trust in us”. They go on to outline the actions they have already taken. These include suspending the editors involved and removing the two peers from the selection of reviewers. Many members of the journal’s international board have stepped down from their positions in the hope that the journal will use the opportunity to build a more diverse board.

Andy believes the journal acted “swiftly and strongly to the response to the article” and that although the discussions the journal is currently having are “critical […] actions based on these discussions will be needed for authors to be confident in the integrity of the journal”.

The journal has stated that “diversity only strengthens science”, which begs the question of why some think otherwise. The crux of the argument against diversity in science lies in the idea that in order to produce a diverse workforce one must discriminate against the group which currently makes up the majority.

This argument falls down upon even the most cursory of considerations. It falsely assumes that to achieve a diverse workforce, meritorious candidates must be rejected. If this reasoning is followed through, then it is stating white males (the majority) are the only candidates of merit and that women and minority groups will only be hired to fulfil quotas—a statement that is patently wrong and deeply offensive.

Unsurprisingly, the article does not include any evidence to support the claims made. The reason for this is clear: evidence in support of the claims does not exist. On the contrary, evidence has shown more diverse research groups see an increase in their research output. It can even give them a competitive edge.

Journals should be supporting universities in solving this equality and diversity crisis, not giving a platform to those perpetuating falsehoods

As Andy Nortcliffe puts it, “academics that dismiss the importance of diversity in science are hindering the success of their own research”. This isn’t just true for science, a 2018 McKinsey report showed increasing the gender and cultural diversity of workforces at all levels results in more profitable companies.

How Equal Is Chemistry?

Chemistry, like many sciences, suffers from a ‘leaky pipeline’ when it comes to women in the field, according to a report by the Royal Society of Chemistry. In 2014/15 44% of Chemistry undergraduates were women (representing a reasonable gender parity). This drops to 39% at the postgraduate level. Only 23% of academic staff in UK chemistry departments are women and this plummets to just 9% at the professorial level.

Clearly, there is a systemic problem which prevents women from progressing in their scientific careers. Journals should be supporting universities in solving this equality and diversity crisis, not giving a platform to those perpetuating falsehoods.

What Is Being Done About It?

There are national schemes championing efforts to improve equality and diversity in higher education. For instance, the Athena SWAN Charter aims to “encourage and recognise commitment to advancing the careers of women” in STEM. The Race Equality Charter (REC), launched in 2016, aims to improve “the representation, progression and success of [BAME] staff and students within higher education”.

Awards are given to departments which can demonstrate both commitment and actions that fulfil these aims. Imperial College London and the University of York are the only chemistry departments (72 in total) which have received an Athena SWAN Gold award. The REC is a more recent award, so Bronze is the highest level achieved by any University so far. 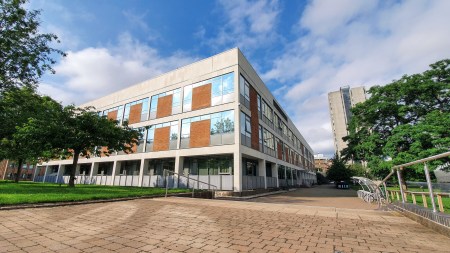 How Is Chemistry At UoN Responding?

The School of Chemistry is committed to these charters. It is one of 16 Chemistry departments to receive a silver Athena SWAN award, and is aiming for bronze in July 2020 for the REC. Andy explains that they “provide a framework to provide better opportunities for women and the BAME community and we use these frameworks to provide support [for] all members of our community”.

Impact asked Andy what he would say to female and/or BAME students worrying about progressing to a PhD or beyond, given the views expressed in the article. He states, “I would encourage all students who are interested in postgraduate research in the chemical sciences to continue along that path”.

For Chemistry at UoN, he points out that “all members of staff and postgraduate students complete mandatory equality, diversity and inclusion (EDI), and unconscious bias training”, and that “staff involved in the recruitment of new students and staff undergo training to sit on interview panels to ensure a fair process for all.”

The School of Chemistry at UoN hosts many initiatives to celebrate and improve equality and diversity such as LGBTQ+ support groups, a Women in Chemistry group (part of the EDI committee and linked with the SU’s Women’s Network and the UK Black Women in Science Network), and the Anne McLaren Fellowship for outstanding female scientists.

Conferences and seminars held by these groups are accessible to all because, as Andy says, “we can all learn how to be better allies and supporters of underrepresented groups. Next time you see an event, for example, to support women, black or LGBTQ+ scientists, show your support by attending and amplifying their voice”.

Featured image representing the proportion of female professors in chemistry and the in-article photo of the School of Chemistry at UoN courtesy of Matthew Bird.

How Is The Current Lack Of Travel Impacting The Environment?