Can Biden Do It? 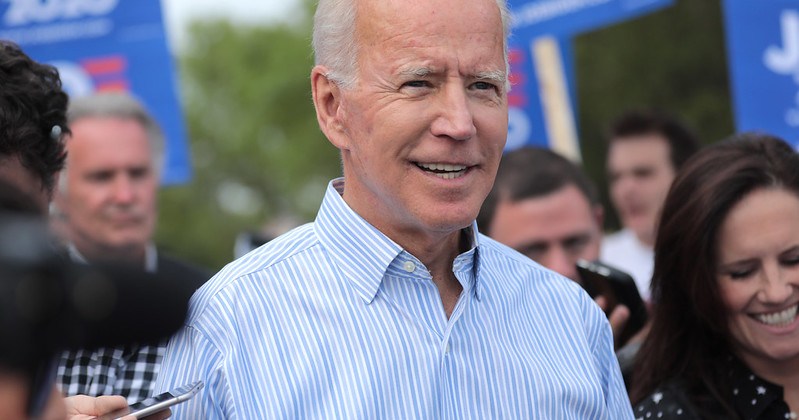 Joe Biden; a humble servant to power in the halls of Washington for nearly 50 years. But, can the pragmatic super negotiator from Pennsylvania really become President of the United States?

This is not Mr Biden’s first stab at executive power, running unsuccessfully in the Democratic Primaries of 1988 and 2008, settling as President Obama’s running mate in the latter. A sensible choice for the young, charismatic Obama, to have beside him a veteran Washington insider, countering his own relative inexperience.

Now, in his own run for office, the seasoned Senator can no longer anchor from the back, he must lead the fight for his party and for his country. But can Biden, a man renowned for drawing people together, secure the presidency in a period where the right and left drift further apart?

When first examining what chance Biden has, we must first examine what his appeal is- what is Joe Biden good at? In his many years as a senator and as Vice President, Biden was pivotal in bridging the party gap to push policy over the line. The 2010 Tax Relief act and 2011 Budget Control act, both passed with the support of Republicans, stand as shining examples of Biden’s negotiating power.

This is a very good image for Biden, a man who can deal with Republicans, draw a cross party consensus, who’s views remain close enough to the centre that conservative middle class Americans need not fear him, as they would more radical democrats.

This image could be vital in winning back states like Ohio and Michigan that Hilary let fall to Trump. In many ways, Biden presents himself as a much safer and viable alternative to many undecided voters that Clinton simply did not. Much like Keir Starmer in Britain, Biden can appeal to the middle class in a way that other more radical candidates simply could not.

It is Biden’s sensibility, cross ideological appeal and pragmatic approach that could and should give him traction, but what will cause him to lose votes? The question of where Biden has and will go wrong can be summed up in two very simple ways- what he has meant to say and what he has said accidentally.

The first of the two relates very directly to what has become somewhat unaffectionately known as Biden’s Gaffes. Remarks such as, “poor kids are just as bright and just as talented as white kids,” and “if you have a problem figuring out whether you’re for me or Trump, then you ain’t black”, create extremely negative press and give Trump and the right even more ammo for his firebrand form of political warfare.

His views, both in the past and now, may turn away younger voters, either to a third party, or to not even voting at all

The second, and perhaps more damaging factor that will curtail his campaign is what he has actually said with intention. Many people forget Biden’s age, and as he became a senator in 1972, he comes from an extremely different social era for Democrats. His views, both in the past and now, may turn away younger voters, either to a third party, or to not even voting at all.

A historical opponent of Roe vs Wade, an early proponent of the Iraq War and a lifelong enemy of the federal legalisation of Marijuana, Biden is not the left wing politician the young left wants. We saw the damaging result of a youthful exodus in the form of votes for the Green Party in 2016, with the party’s popular vote tripling, with votes almost exclusively taken from the mouth of Hilary Clinton. This could be a real problem for Biden, who stands right on the political spectrum from Clinton, even further from the vision of many young Liberals.

There is of course, one more thing looming over Joe Biden’s candidacy- the numerous sexual harassment and assault accusations levied towards him by numerous women. This of course, should be far more off putting of a reason than anything else, and yet, shockingly so, history says it will not resonate with voters in the way it should.

From LBJ to Bill Clinton to Trump, the American public has turned a blind eye to many an accusation in order to elect a candidate. Even in the era of heightened awareness and the rightful exposing of historical as well as current abuse and unacceptable behaviour, we see the race for the leader of the most powerful democracy in the world contested by men who are seen by many to have engaged in the behaviour we so rightfully as a society condemn.

With both candidates being accused of unambiguously awful things, how can we truly assess what damage each man’s history of suspected abuse may cause their campaigns? The answer is we cannot.

Ultimately, I do not believe Biden will win the presidency this year. He does not possess Obama’s charisma and aura of hope that galvanised a nation in 2008, nor does he represent the progressivism that young liberals yearn for in a candidate. While I do expect Biden to gain the usual share of anti-Trump votes, 2016 showed us this is not enough to win an election.

Biden, with his traditionalist approach and uninspiring persona, will fail to animate enough of the American public to topple Trump

Though I do not expect Trump to gain many votes, I also do not expect him to lose great numbers either. To this day I stand by that Donald Trump’s most astute political observation occurred in Iowa, in 2016, where he stood upon a podium and with full confidence and zeal said; “I could stand in the middle of Fifth Avenue and shoot somebody and I wouldn’t lose any voters,”. Thus, here lies the perfect assessment of why Joe Biden will not win the Presidency.

Donald Trump managed to draw a voter base passionate in their support for him and their unrelenting opposition to new age liberalism and, more importantly, that stretched far enough geographically in order to secure the electoral college. Biden does not need to beat Trump, he needs to unseat him from a winning position.

Biden will likely prove incapable of this. He does not possess the ability to inspire, to draw feelings of hope or light sparks of optimism. 2020 will likely mirror 2016, Trump will get the votes he needs to get, and Biden, with his traditionalist approach and uninspiring persona, will fail to animate enough of the American public to topple Trump, and thus, with one more failed crack at 90’s neo liberalism, America drags upon itself; four more years of President Donald J Trump.

Featured image courtesy of  Gage Skidmore via Flickr. Image license found here. No changes were made to this image.

Earth Is (Yet Again) Under Threat From The Trump Administration