Earth Is (Yet Again) Under Threat From The Trump Administration

Extinction Rebellion and animal conservation protests are commonplace these days – and for good reason. Corporate greed means people are putting short-term profit maximisation and easily accessible energy above a healthy climate and earth. Ryan James Keane reports how the Trump administration, with an extensive history of earthly abuse, has selected its next commercial frontier.

Since the 1970s, different American figures have tried to acquire the right to drill on the land belonging to the Arctic National Wildlife Refuge. This Alaskan stretch of land is comprised of over 19 million acres and is home to more than 200 variations of bird alone. Peanut-coloured reindeer saunter up and down the hilly grasslands. White-horned muskoxen travel in herds of around 20, breeding during the culmination of summer. But with the Trump administration planning to extract fossil fuels on this bodacious patch of land, countless species at this refuge are at severe risk of harm or even extinction. The administration believes this endeavour will create more jobs in the non-contiguous state of Alaska. This could be true, but it could also create a slew of environmental issues in the interim.

We can never accurately predict the extent of impending disaster

Kristen Monsell, who works at the Center for Biological Diversity in the US, explains to the BBC that: “This plan could devastate the amazing array of wildlife that calls the refuge home through noise pollution, habitat destruction, oil spills, and more climate chaos.”

Monsell goes on to say that the polar bear population across the Alaskan refuge could be decimated if a tragic event such as an oil spill was to transpire: “Polar bears must maintain a pristine hair coat as insulation against the cold – but when a polar bear comes into contact with spilled oil, it can soak a polar bear’s fur and persist for several weeks. It will be groomed and ingested, irritate the skin, and destroy the insulating abilities of the fur.”

Those in charge within the oil industry insist they know how to make such a capitalistic exploit safe for both the earth and its animals. But just a few weeks ago, an unexpected oil spill occurred off the coast of Mauritius when a Japanese carrier collided with a coral reef. It’s true that oil spills like this one are becoming a rare occurrence. But who’s to say one at the Arctic National Wildlife Refuge wouldn’t be catastrophic? We can never accurately predict the extent of impending disaster.

Many have been critical of our extraction and use of fossil fuels for years now. Democrats such as Hawaiian congresswoman Tulsi Gabbard, who ran for US president earlier this year, stated in her campaign that she planned to take America away from fossil fuel burning, and onto a more green-based arena of energy cultivation. Even Democratic nominee for the 2020 presidential election, Joe Biden, has announced plans to ban new oil and gas permits for public land if he is elected as the 46th US president this November. 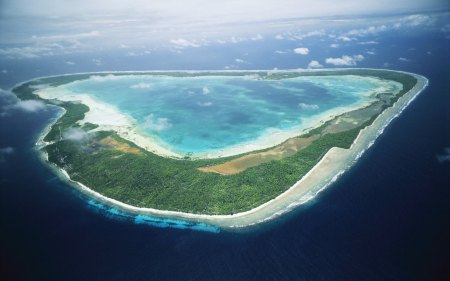 After all, burning fossil fuels emits toxins into the air and encourages the ever-warming of the climate—the likes of which can expand the span of deserts across the world, as well as erase ice caps from the Poles. Ice caps help keep sea levels down, and if sea levels were to rise, entire nations would be suffocated underneath the cape of the ocean. This is already happening in the South Pacific nations of Tuvalu and Kiribati. In fact, the people of these small island countries could become the world’s first official climate change refugees before 2050.

Just two months ago, the Arctic Circle recorded its highest ever temperatures. Moose, foxes, wolverines, martens, wolves, eagles and lynxes are just many of Alaskan animals already suffering from excessive human contact. If a green light is given on the Trump administration’s plans, those at the Arctic National Wildlife Refuge could have both their habitats and lives stripped away from them in no time at all.

It really is beyond time for us to change our ways. It’s beyond time for us to find greener alternatives within Earth’s pantheon of resources. But money talks in hypnotic ways. Will we find the willpower to put it aside more frequently, and operate from a place of compassion and diligence before it’s too late?

Featured image of the Sheenjek River in the Arctic National Wildlife Reuge by Alaska Region U.S. Fish & Wildlife Service from Flickr. Image licence found here. No changes made to this image.

In article image of the main part of the Kiribati islands by Charly W. Karl from Flickr. Image license found here. No changes made to this image.

Can Biden Do It?